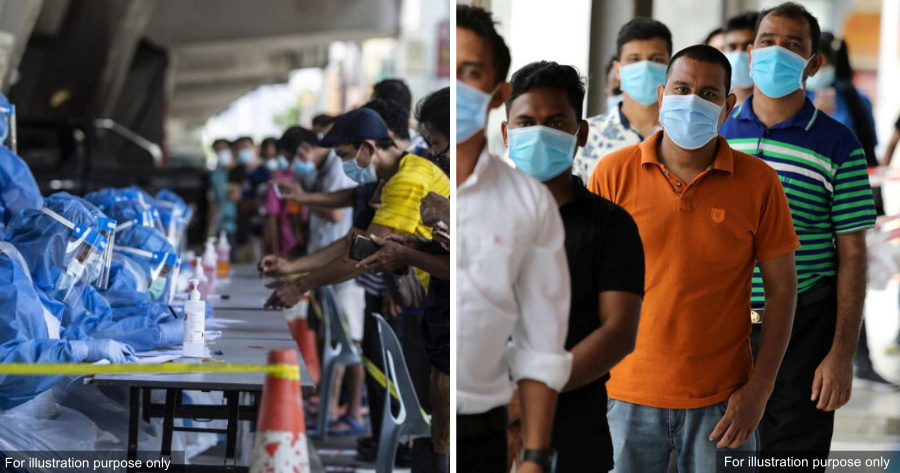 When will we learn to be more tolerant and understanding?

Malaysia is a melting pot of cultures, races and religions but for some reason, there still seems to be a lack of empathy and compassion when it comes to foreign workers, especially those from Asia. They often have to deal with racism as well as anger and disrespect from the public. The pandemic has further highlighted our mistreatment of foreign workers even though they may very well be some of the most affected groups due to the pandemic.

In a Twitter thread, Iman Danial Hakim shared his experience on the issues that migrant workers often face at PPVs whilst getting their vaccinations.

Speaking to WORLD OF BUZZ, Iman explained that he is a volunteer at the Stadium Panasonic Shah Alam PPV, which is specifically designed for the Construction Workers Vaccine Programme (CIVac). Hence, many foreign workers go to that PPV in order to get their jabs.

In the Twitter thread, he said that “dealing with them often takes patience due to the language barrier and that locals often get angry at them for being confused or hesitant with the vaccination process”.

Iman also stated that the majority of the group are scared resulting in their hands trembling, which is something he noticed whenever he asked them politely to show him their MySejahtera or to fill up a form. He believes that “this is a sign that they’re always being scolded.”

He said that it is sad to see our foreign friends having to go through harsh treatment from locals as if they are second-class citizens, and called for the nation to stop such judgmental attitudes as humans are all equal.

“We need to be more empathetic and put ourselves in their shoes. If those foreign workers were our own family, would we treat them differently?”

Iman’s experiences resonated with a number of people who have also shared their experiences of the mistreatment of foreign workers at PPVs under the thread. 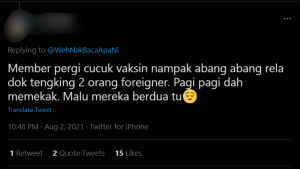 “My friend went to get vaccinated and noticed that the abang RELA was shouting at two foreigners.” 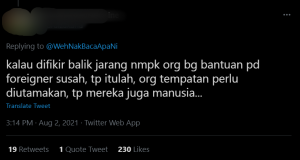 “If I think back, it is rare to see people offering help to foreigners in need. Although locals should be prioritised, they are still human…”

Some progress has taken place

The announcement made by the Coordinating Minister of the National Covid-19 Immunisation Programme, Khairy Jamaluddin on 31 July that non-Malaysians can get walk-in vaccinations is a step in the right direction.

Iman commended this approach as the way forward and believes that in order to achieve herd immunity, everyone must get vaccinated, be it locals as well as foreigners.

Have we made progress in the treatment of migrant workers? Or must more be done? Let us know in the comments section! 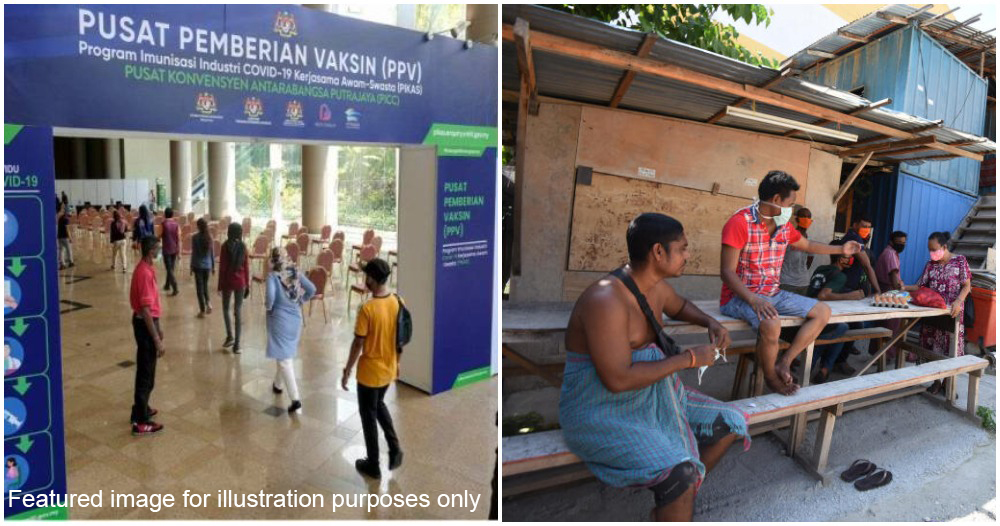