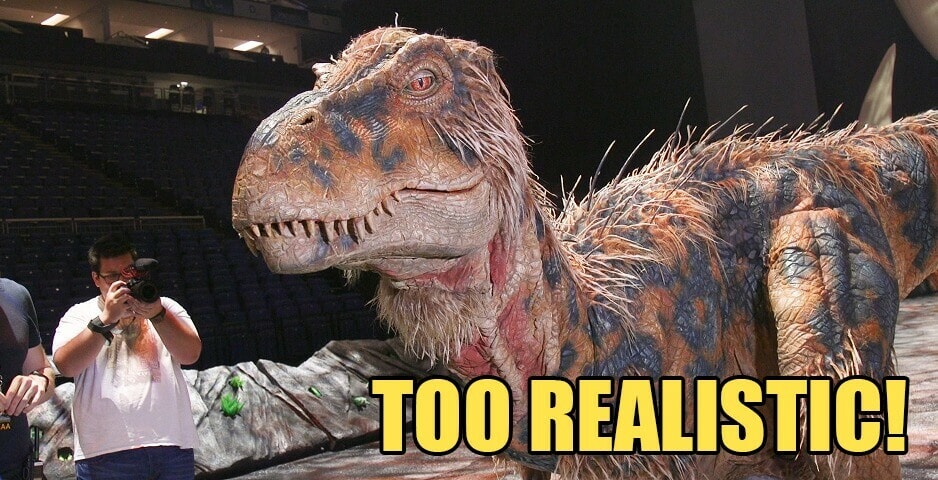 Source: Courtesy of Walking With Dinosaurs - The Live Experience in Kuala Lumpur 2019
ShareTweet

Depending on what kind of kid you were or are; you were either really into dinosaurs, or you were really scared of them. Either way, this is your chance to catch them in person before the show sells out!

Has been in 250 countries worldwide! 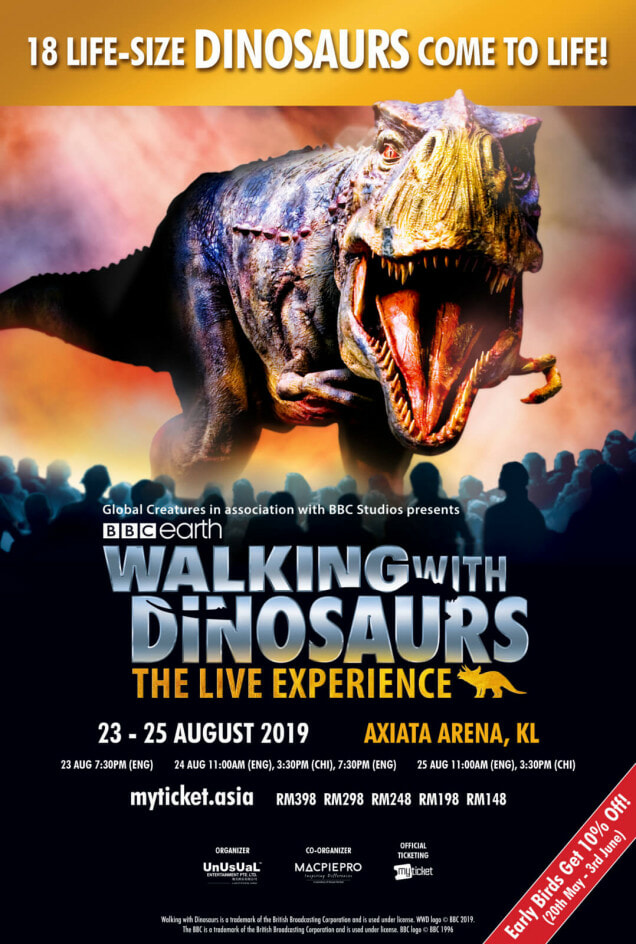 After being seen by 9 million people from more than 250 countries, this ridiculously realistic show will either make you quake in your chair or gasp in wonder. Happening for 3 days only, from the 23rd to the 25th August 2019, the show boasts a variety of 18 life-sized dinosaurs that come to life, but if that’s not enough to convince you, here’s why you can’t miss this: 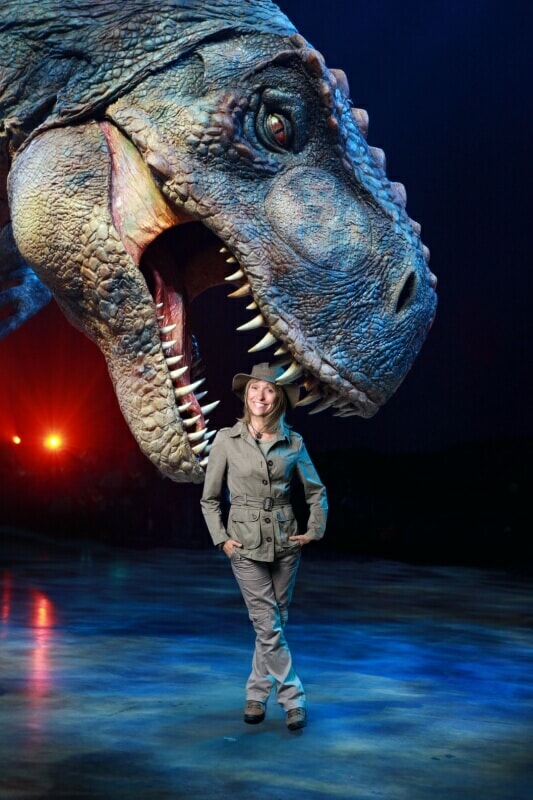 Here are some of the species that will be featured: 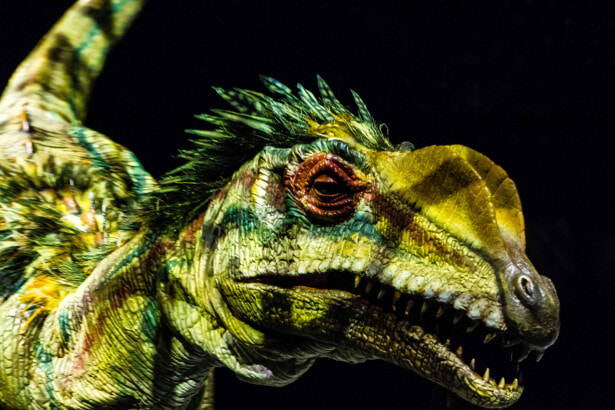 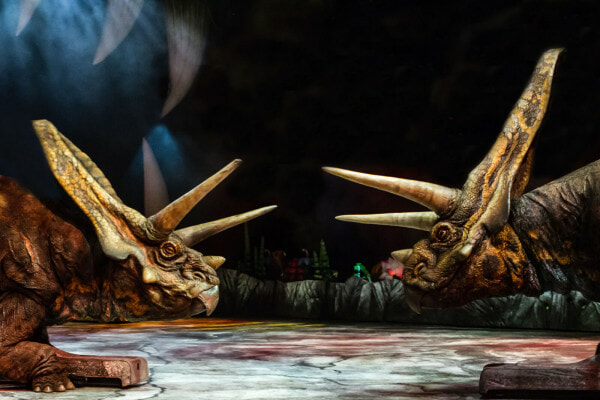 Jurassic Period: Brachiosaurus (sized at 11 meters in height and 17 meters from nose to the tip of the tail) 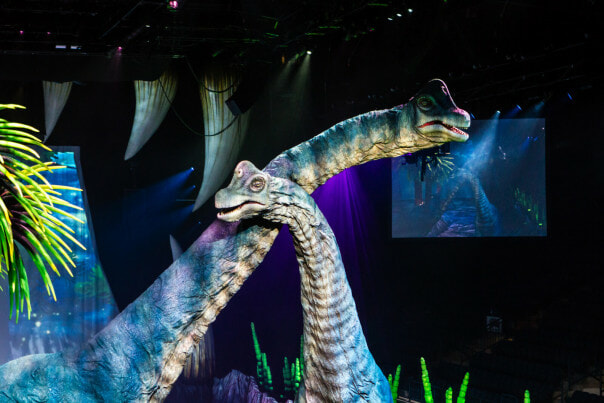 Other species that can be spotted in the show are:

Don’t miss out on this chance to see the most realistic versions of these gorgeous extinct creatures. 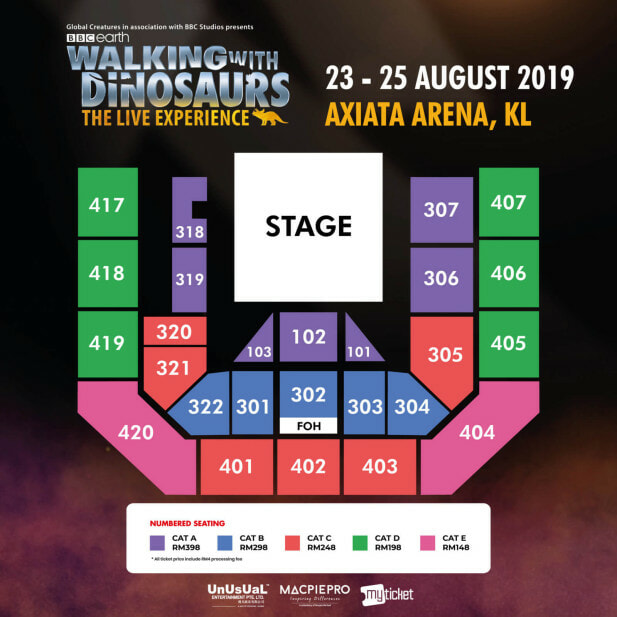 Tickets go on sale on 20 May, from 10am onwards. Early bird tickets purchased between 20 May to the 3 June will receive a 10% discount!

If you’re keen to check it out, you can buy the tickets here!

What are you waiting for? Catch it before the show goes extinct!

Also read: 8 Reasons M’sians Are Going Crazy For This Carnival By the Sea That’s Happening For ONE Weekend Only 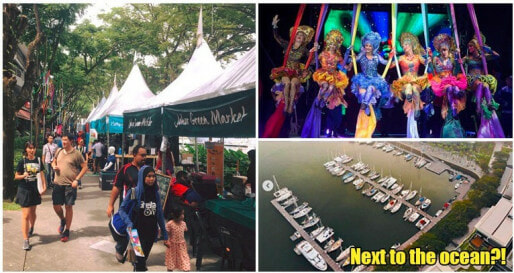