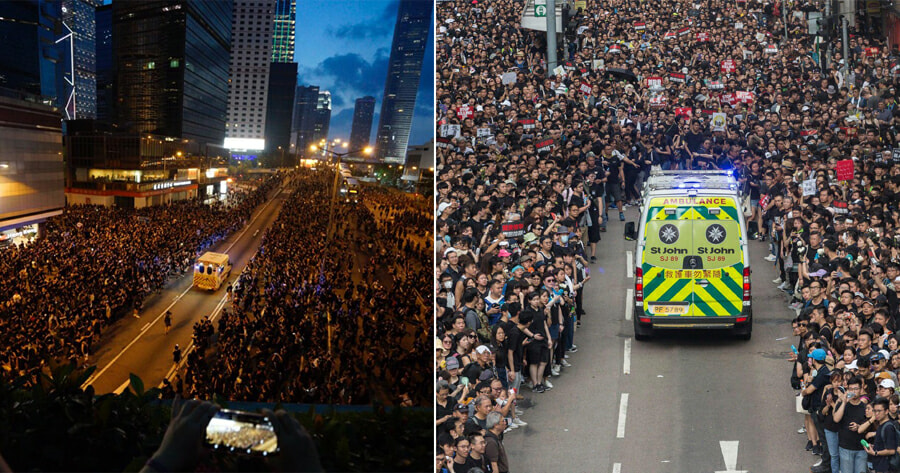 On 9th June, Hong Kong saw its streets filled with a flood of people as 1.03 million Hongkongers gathered in protest, demanding a withdrawal of an extradition bill that has stirred outrage in the former British colony. An announcement was made after the protests saying the bill would be temporarily suspended, but Hongkongers were not satisfied as they wanted a full withdrawal. 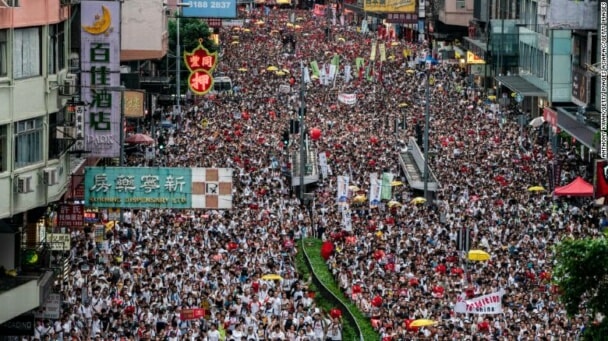 This led to a second massive protest the following Sunday on 16th June, where organisers estimated some 1.44 million people filled the streets along Harcourt Road, outside the Central Government Complex in Admiralty. With that turnout, this could be the biggest protest in the history of Hong Kong, as the protesters all clad in black gathered again for the purpose of calling on Hong Kong’s Chief Executive Carrie Lam to resign. 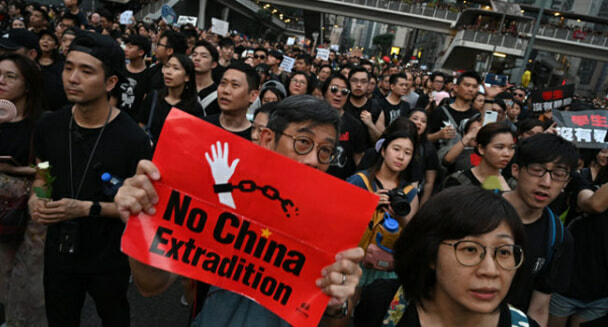 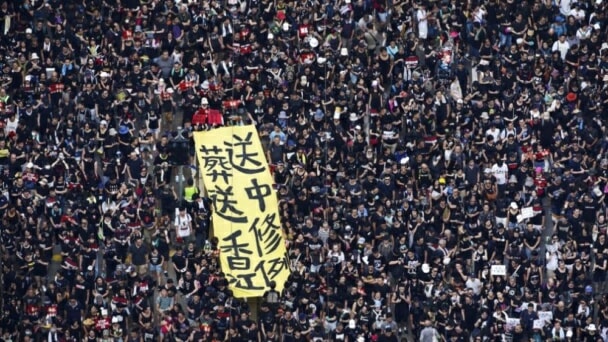 However, such large scale protests like this with over a million people are likely to result in some casualties as there really isn’t much room for people to move around. Plus, being pressed against each other constantly could also result in people fainting.

This was what happened during the second Hong Kong protest where several people from the crowd fainted, after which paramedic help was called, according to HKCNews.

With the streets being jam-packed with so many people, it seemed impossible for a vehicle to pass through, but this was no issue for Hongkongers as they all began moving aside in-sync, making a pathway for the ambulance to reach the patients. 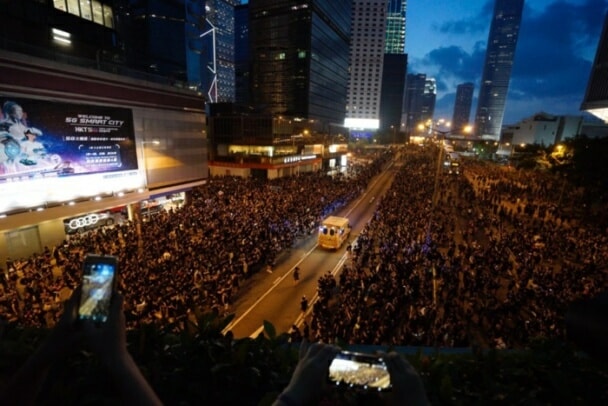 From the videos of the event that have been circulating on social media, the throngs of people looked like an army of ants forming a passage for the ambulance like the parting of the Red Sea.

Hong Kong protesters parting like the Red Sea for an ambulance to pass. No chaos.This is why Hong Kong is awesome: https://bit.ly/2RgxURm

Quite a heartwarming sight to see so many people working together amidst a protest.

However, this wasn’t just a one-off event as a similar incident happened on the same day outside the Hong Kong police headquarters in between Wanchai and Admiralty on that Sunday. Hongkongers instinctively made way for another ambulance to pass through without any chaos. 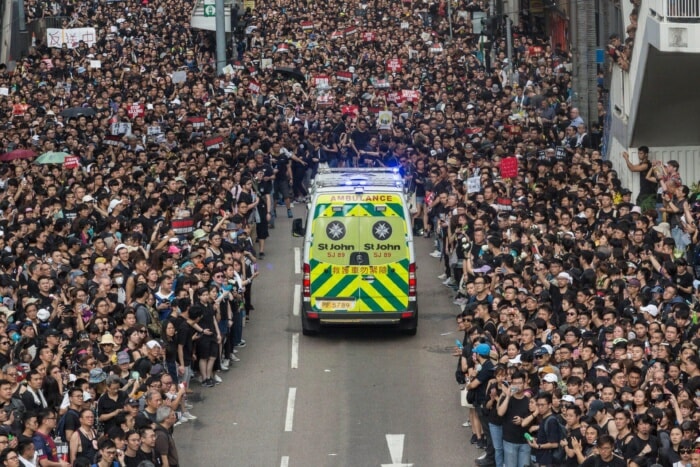 This protest could’ve been violent and destructive, but these Hongkongers have proven that they can hold a massive protest and yet be alert enough to know when to comply to situations as they happen. 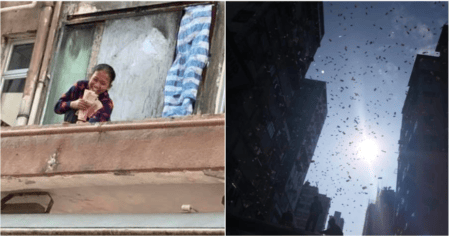