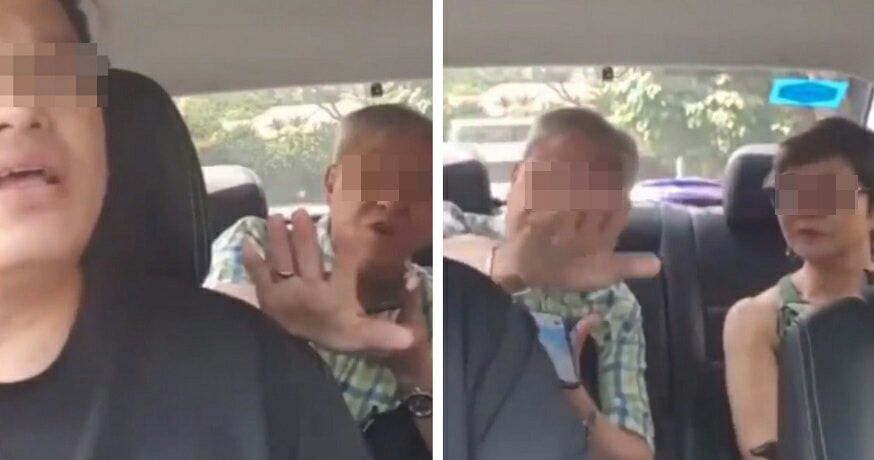 Remember the infamous Go-Jek incident involving a heated exchange between a female passenger and her driver that went viral? Now, a similar incident took place again.

A 7-minute video clip, which has gone viral over the weekend, was taken by the driver himself and in the video, the driver can be seen arguing with two of his elderly passengers over the service fare for their ride, as reported in The Star. One of the passengers called Go-Jek’s customer support claiming that when he booked the ride, the fare was only SGD$14.10 (RM42). Meanwhile, the driver, who was identified as Aaron Heng on Facebook, repeatedly claimed that his app showed that the ride fare was SGD$21.10 (RM63). The video shows their argument becoming more heated after Heng was seen telling the pair not to “waste his time”. During the heated exchange, the male passenger can be heard telling the driver, “I’m not saying you, I’m not arguing with you, I’m just telling the people.”
However, the impatient driver raised his voice by saying, “Then you don’t waste my time! For SGD$7 (RM21), you want to… I’m driving to earn my incentive, you know?”
Later, the man suggests Heng to drop him and the woman off, but Heng says that he cannot cancel the ride, as it would affect his acceptance rates. At one point in the ride, Heng even asked the male passenger if he was driving a Mercedes. He further comments, ” I’m not a millionaire like you.” Huh?! 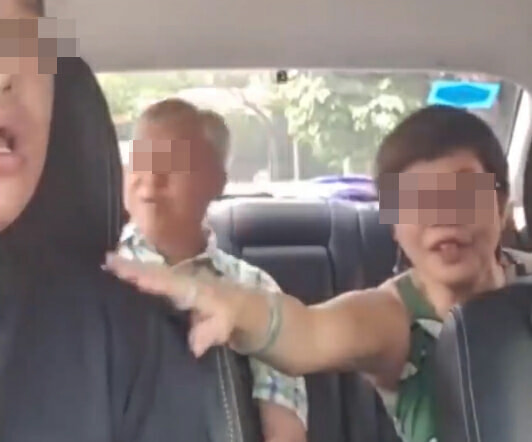 The male passenger also told the driver, “I’m not saying you (are wrong), I’m saying Gojek is wrong.” However, the driver did not want to stop. Instead, he continued raising his voice to the pair, telling them, “Don’t make your problem my problem.”He had told the elderly passengers that they are “kicking up a fuss” and said that he is recording the whole argument as evidence. “Don’t worry, I’ll make it very big. Trust me, brother… If you can find my Facebook, I’ll make sure I’ll remember you,” he said. At the end of the video, the two elderly passengers had no choice but to agree to pay him SGD$21 (RM63). The pair told him that they would settle this matter with Go-Jek.

The video taken by the driver went viral after it was uploaded on Facebook. The driver, however, already apologised on Saturday (March 30) and lodged a police report regarding the incident. On the same day, he posted a statement on Facebook, mentioning that he had nothing against the passengers.

After picking both the passengers up, he discovered there was a discrepancy in the price showed on his app and the fare shown on the passengers’ app. Heng said that his male passenger “suddenly got irritated” and insisted that he be let off. He added that after driving to a small road where he could stop his car and allow the pair to call Go-Jek and get off, he told them that he would be recording the incident so that he would not be accused of overcharging.

“I cannot afford to lose this job. I have mouths to feed. (I behaved) in such a manner because I was accused of overcharging the passenger. I did not, it is the system.”

“I am just trying to hit my incentives, as the fares are already low. The pressure is immense. The terms are challenging. I’m facing a lot of stress to meet the targets.”

Heng then apologised for his behaviour, stating that he was “unnecessarily rude”, “not respectful” and did not explain himself clearly.

“I pray for a chance to make good,” he wrote. 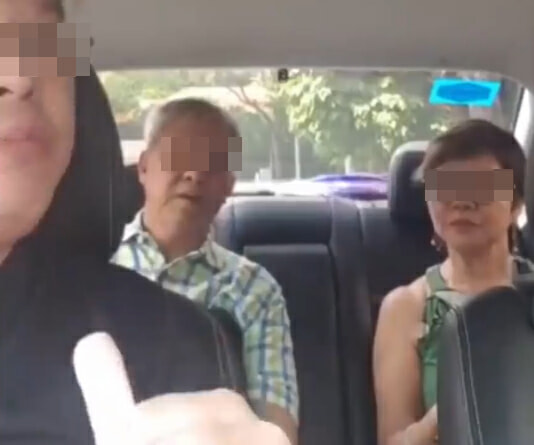 After lodging a police report on the incident, he uploaded the report on Facebook page SG Road Vigilante and sent the video to a WhatsApp group chat to ask for further advice regarding the matter. The police confirmed the incident on Sunday (March 31) after a report was lodged on the matter. A spokesman from Go-Jek said that the company examined the case right after it was brought up and the argument between the driver and his passengers has since been resolved. The spokesman was quoted as saying,

“We want everyone to have a good experience when they use our services, which is why we do not tolerate impolite behaviour by any of our users, be they driver-partners or riders.”

Watch the entire video below:

30mar2019updated the driver had been id to be Aaron Hengwhom had no intention to post the video but was play out by his whatsapp grp chat friendshttps://www.facebook.com/1631826980245346/posts/2140384729389566?sfns=mohere we have a self entitled gojerk driver which totally lack customer service & lost the plot.if you’re so unhappy with gojek, please do not drive for them.taking it out on the old couples which is trying to adapt to new tech is not the way to go.the old couple agreed to pay but will take it up with gojek later, which is proper.but you have to kickup such a fuss.video record & upload trying to shame them.by the way. its illegal to record incar footage unless driver have permission/ approval from lta

Well, at least the matter is being addressed by the authorities. What do you think about this latest Go-Jek incident? Share your thoughts with us in the comments section! 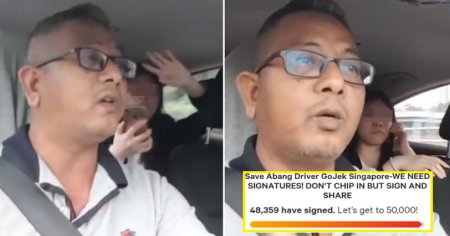