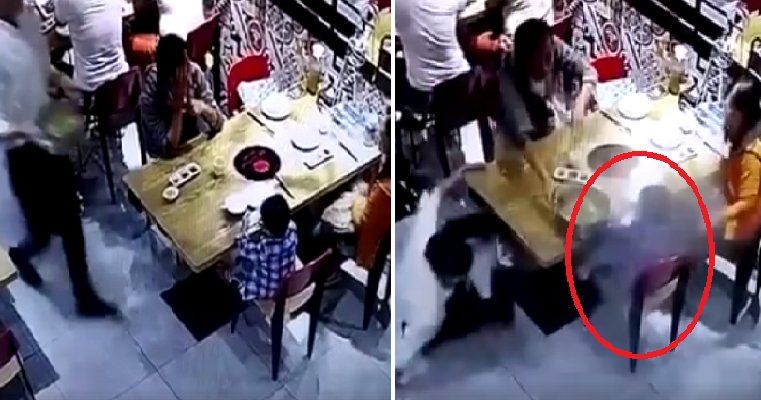 There’s nothing more comforting and hearty to eat than a piping hot pot of steamboat especially on a rainy day. Whether you are enjoying the meal with friends or family, eating steamboat is generally considered to be a harmless enough activity. 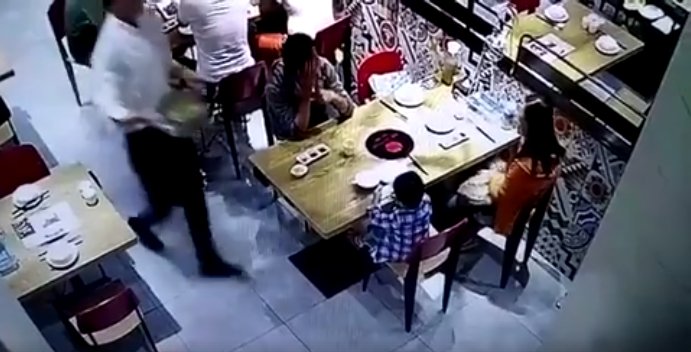 However, this family in China who only wanted a nice hotpot dinner was unfortunately involved in a food accident with their son. According to Sinchew, an online video from the restaurant’s CCTV camera has been going viral as it depicted a family of three sitting at a table waiting for their pot of broth to arrive.

The child is sitting on the chair at the outer portion of the table while the mother is sitting next to him. You can spot the waiter carrying the heavy pot of soup approaching the table when he suddenly slips and falls. This would not be a big issue if the pot of soup did not fall on the table right in front of the child but it unfortunately did. Oh, no! 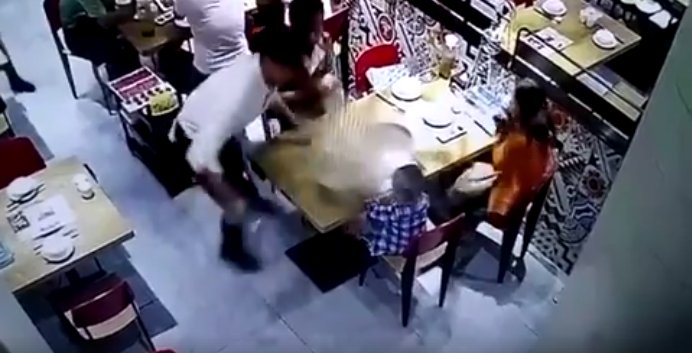 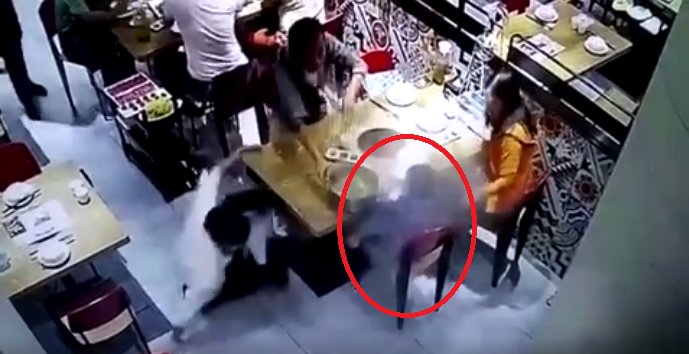 The kid is immediately covered in the spilled soup while the stunned parents quickly scoops him up. The poor child was enveloped in steam and began kicking his feet while crying. Looks like it’s really hot! Since the shocking incident took place, the owner of the hotpot restaurant has come forward and explained the situation.

He said that the pot the waiter was carrying wasn’t that hot because they had scooped out the soup base for some time as it needed to be brought to the back for other ingredients. As for the steam covering the child in the video, he explained that it had come from the pot’s hot base and not the soup itself. Reasonable enough?

Meanwhile, he also said that the child had scalded his skin due to the soup but he has discussed with the parents regarding the child’s medical fees and compensation.

The video garnered a lot of attention from the internet with many netizens saying that the parents should not have let the child sit on the outer side of the table as accidents can happen anytime. Some of them also criticised the waiter and said that he was not careful enough while carrying the pot.

Remember to always be alert, parents! Hopefully the poor child will be alright! 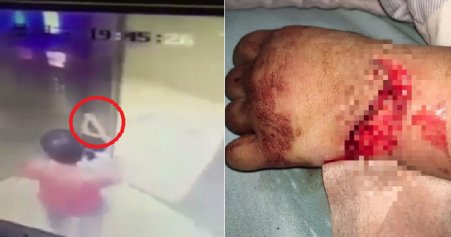