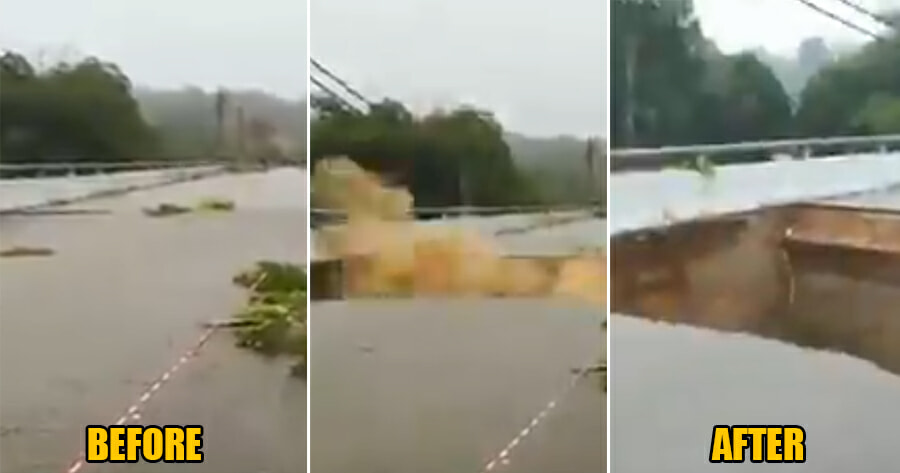 The continuous rainfall in certain parts of Malaysia has affected the lives of many as it has caused massive floods and landslides, posing danger to residents and travellers.

Some of the most affected states are Johor and Pahang where heavy rain is forecasted to last until 5 January. 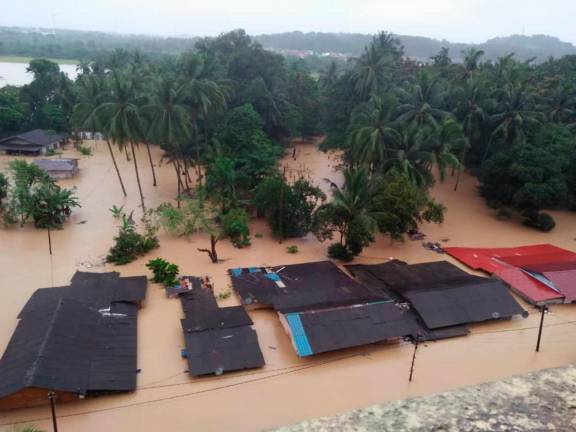 As a result of the recent downpour, the road on a bridge near a housing area in Lechar Dong, Raub has collapsed due to rapid river currents and erosion.

In a video posted on Info Roadblock JPJ/POLIS, a large section of the road can be seen disconnected from the bridge as it had already been loosened by the water.

Witnesses can be heard nearby as they watched the road collapse into the river, leaving a huge gap between the land and the bridge and making it impossible for any vehicle to pass through. 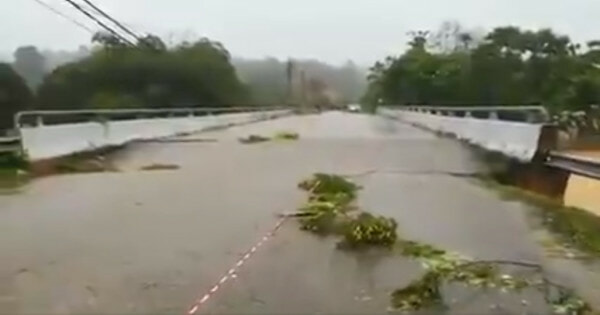 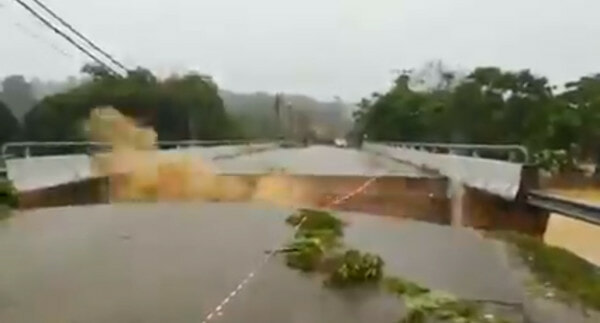 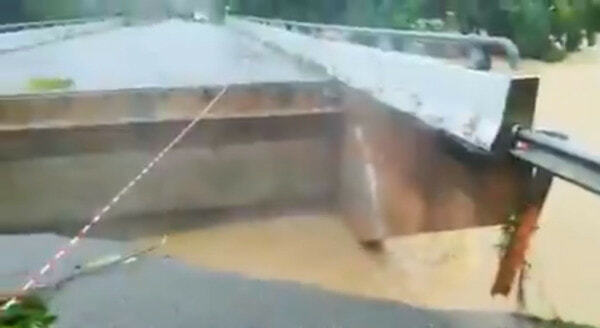 It is currently unclear if the incident has been reported to the authorities but we hope that they will look into the matter as soon as possible to prevent any further damage and danger to the people living there.

In the meantime, please be careful and stay safe, especially during this rainy season. 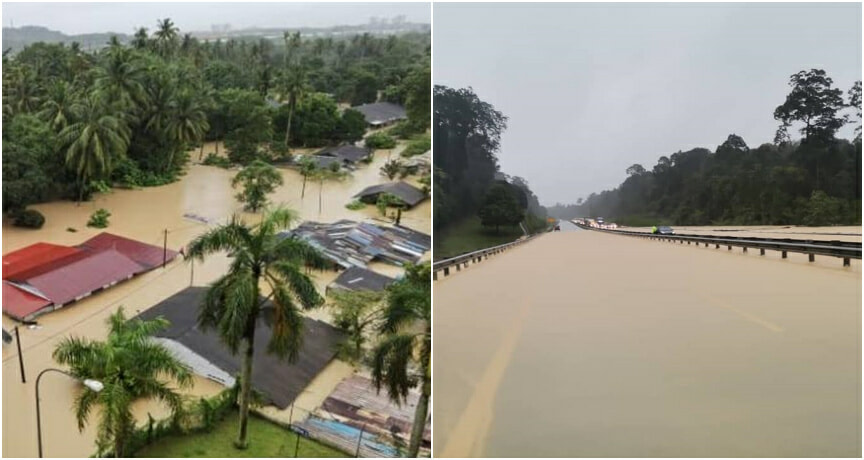 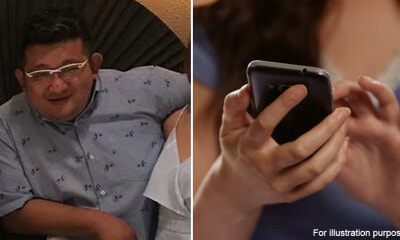