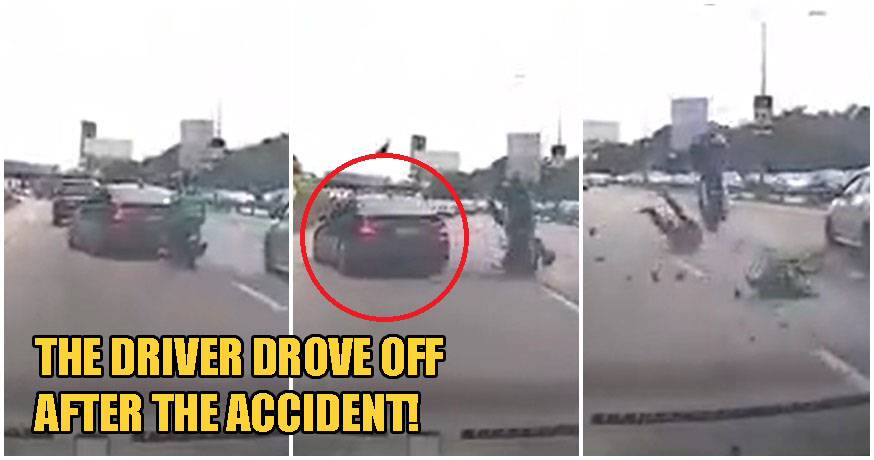 Driving takes concentration and focus, because you should always remember to be aware of your surroundings to avoid causing an accident. This is especially true of times when you have to change lanes. But unfortunately, one motorcyclist had to pay the price for another driver’s reckless driving after he became the victim of an accident, in a dashcam video that has since been shared over social media.

In the video, we see a black BMW 3-Series merging into multiple lanes at once on Federal Highway from Klang, which is something you should never do. Not only is it reckless, but it endangers everyone else on the highway! As you can imagine, the moment the driver switches lanes so quickly, a motorcyclist, who appears to be a food delivery person, winds up running into the BMW’s rear.

The motorbike rider immediately topples off his motorbike upon impact, and sprawls right over a major three lane highway!

Thankfully, cars behind him managed to swerve away just in time, preventing him from being run over!

While the BMW driver appears to slow down, as though to check on whether the driver is alright, the car then drives off trying to pretend that the whole accident didn’t happen!

However, other road users were quick to react and parked their cars aside on the emergency lane in order to help the injured motorcyclist.

We hope that the driver of the BMW gets identified and is brought to justice for running away from the scene of an accident like that! 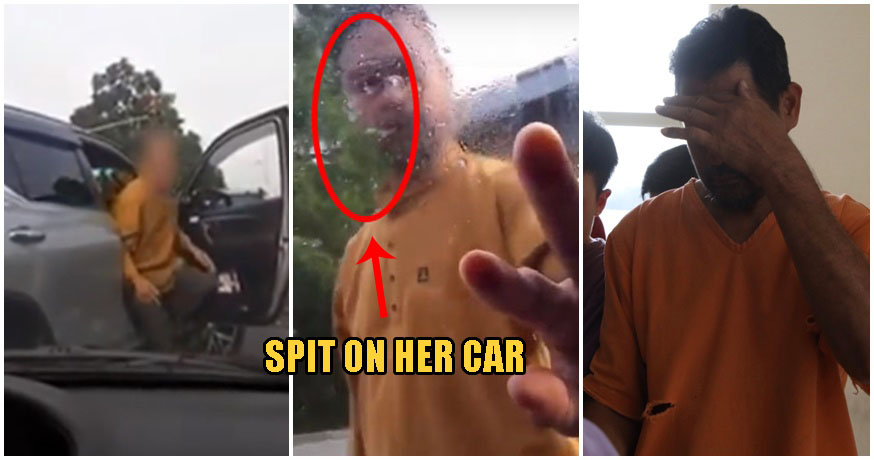