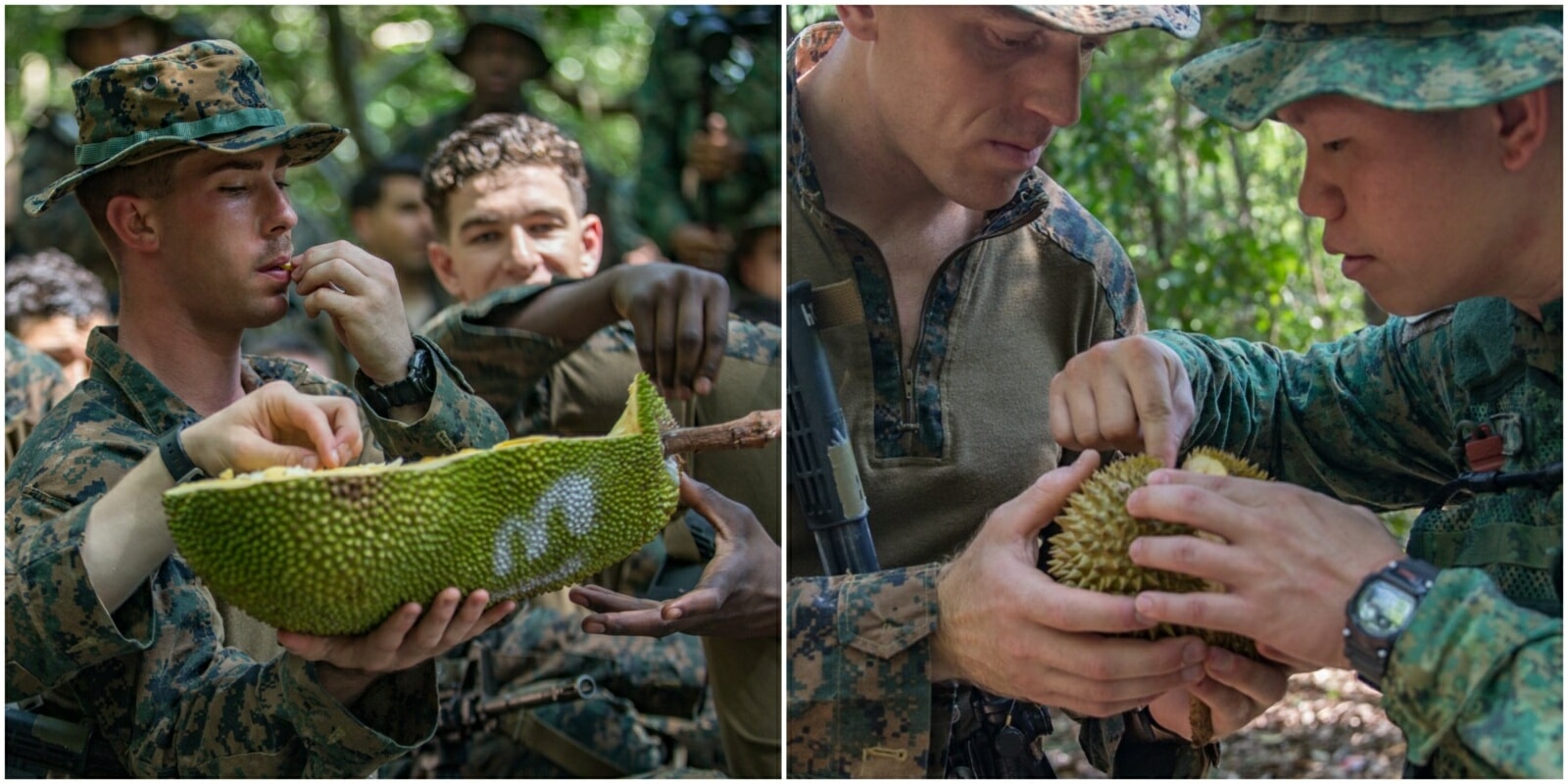 It goes without saying that we Malaysians love our durian. All in the name of love, we’ve made the King of Fruits into ice cream, pudding, cream puffs and more. However, not all of us grew up with durian in our lives, and to others, it’s definitely not the enticing treat we see it as.

In a photoset that was recently uploaded to the 1st Marine Division Facebook page, which is the official page for the United States Marine Corps (USMC), troops of soldiers can be seen learning jungle survival techniques from the Singapore Armed Forces (SAF). The exercise was held in a Singaporean jungle, and is part of the Valiant Mark initiative, which ‘builds and maintains lasting international relationships and exchanges tactical knowledge’.

Since Valiant Mark 2018 was held in California last year, this year it was the USMC’s turn to journey down to sunny Singapore. As part of the training, U.S. Marines were taught to prepare and cook food, make fires, and build shelters derived from natural materials in the jungle. They had to do all that on top of dealing with the sweltering heat and humidity of Singapore.

It all sounds like pretty standard fare, until this picture: 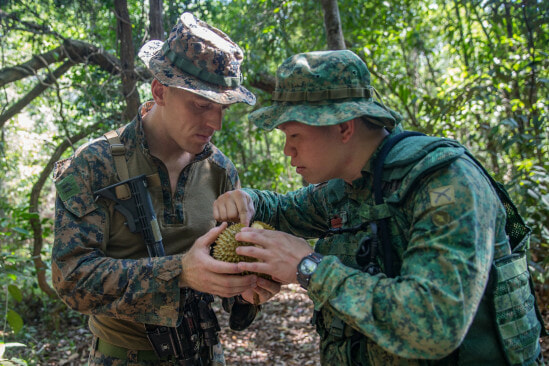 Wait, is that a durian we’re looking at? 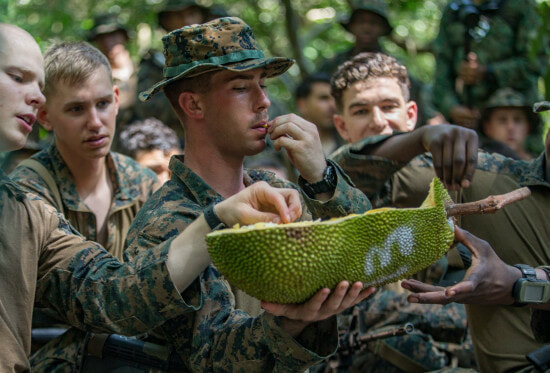 And a jackfruit?! Yup, your eyes aren’t deceiving you. The U.S. Marines were indeed given two of our favourite tropical fruits to eat, all in the name of training them to survive in the jungle. Well, if that were us, we’d be pretty happy staying in the jungle for a while!

But before we work ourselves up over this, let’s take a second to remember that these soldiers come from a different cultural background, one that has brought them up on different kinds of food. There’s no durian or jackfruit where they’re from, which likely means they’ll be thrown off by the scent, texture and taste. It’s just like us with balut (no offense to those of you out there who love the stuff though!).

We’re really curious to know what these men think of these new fruits after experiencing them, but until then, here are some funny netizen reactions to tide us over.

Extra points for the final comment – maybe the Singaporean Army should consider hiring the commentator as a trainer huh?

This sneak peek into the US Army’s ‘survival technique training’ has definitely tickled us pink, and as always we wanna hear: what do you think? What ideas would you propose to train the U.S. Marines for survival?

Also read: Despite Battling Stage 3 Cancer, This Inspiring M’sian Did Not Give up During His Army Training 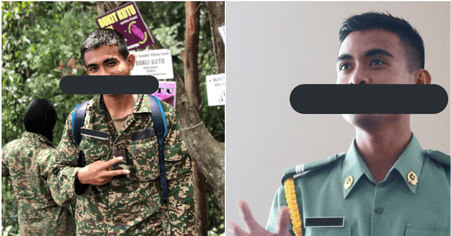 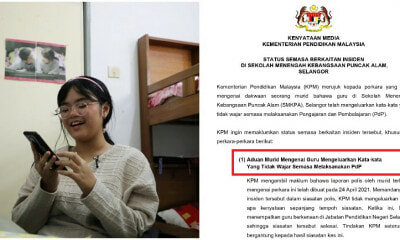 MOE Finally Releases Statement For Ain’s Case, The Student Who Stood Up Against Rape Jokes

Malaysians reactions to this issue differ across various social media platforms! When the case of 17-year-old Ain who lodged a...