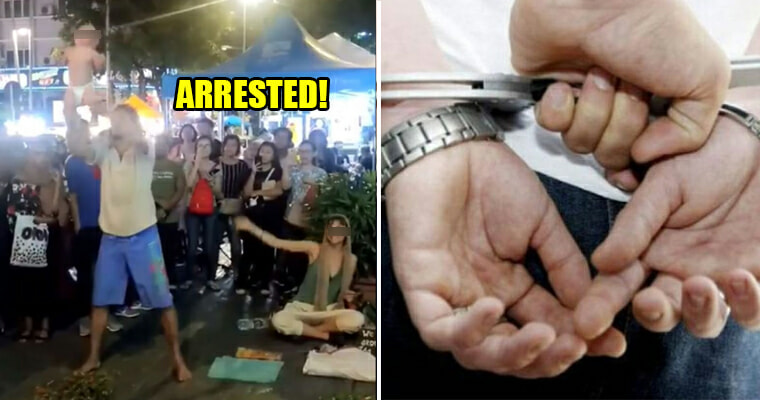 No matter which country you are from, the welfare of your child always takes top priority!

The recent video of a Russian couple endangering their 6-month-old baby in Bukit Bintang in order to ask for donations to fund their travel expenditures has made waves around social media with Malaysians almost unilaterally condemning their actions.

Although the father of the child later spoke out that the whole thing was just an exercise for his baby, the couple was arrested by the Kuala Lumpur police at 2.30pm yesterday.

As reported by the Star, the arrest was made after a host of reports have been lodged by the public. Kuala Lumpur police chief, Datuk Seri Mazlan Lazim commented on the arrest,

“The Russian couple, aged 28 and 27 years old, were arrested during their street performance along Jalan Raja Abdullah today.”

What? That means they were still endangering their babies with the street performances! 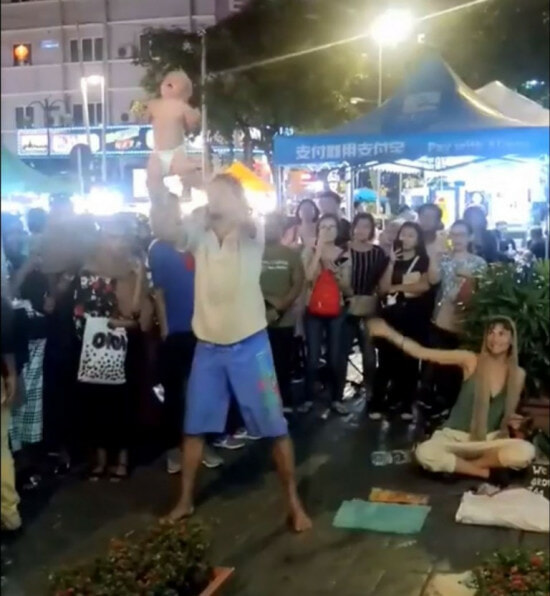 Datuk Seri Mazlan also confirmed that the couple would be remanded today and the Russian embassy would also be contacted if more clarification is needed.

In a statement released yesterday, the Russian Embassy in Malaysia has also come out and condemned the actions of the couple.

FMT reported that the Russian man, named Mikhail and his small family are tourists with a month-long tourist visa and have entered our country via Thailand on 1st February 2019. The couple is now being investigated under Section 31 of the Child Act 2001 (Act 611) for ill-treatment, neglect, abandonment or exposure of children. 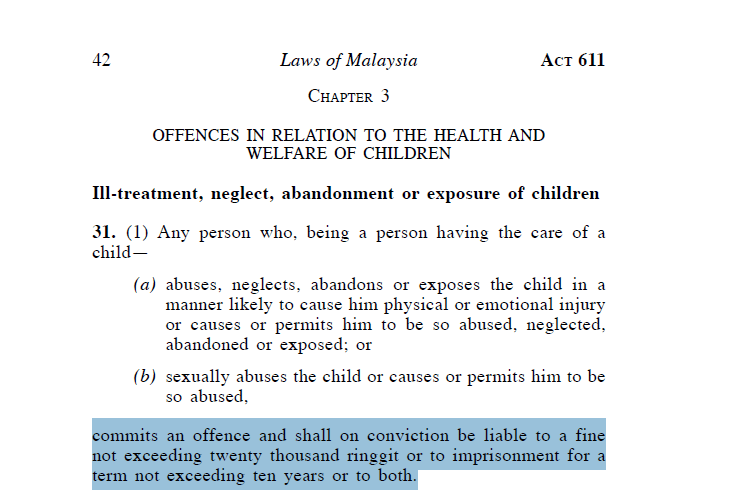 The police may also seek to charge them under Section 32 of the Child Act 2001 (Act 611) which prohibits one from using their child to be on any street, premises or place for the purpose of begging and receiving alms. If convicted under this offence, the couple may also face up to RM5,000 fine or up to 2 years prison or both.

Whether they will be charged under the Child Act 2001 or extradited back to Russia, all we hope is that the child’s health and well-being are being taken care of.

What do you think of the arrest and the incident as a whole? Do we need some sort of regulation or law to prohibit these so-called ‘begpackers’? Share your thought with us in the comments section! 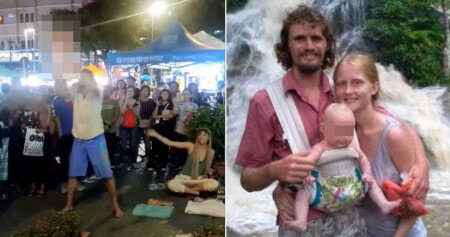