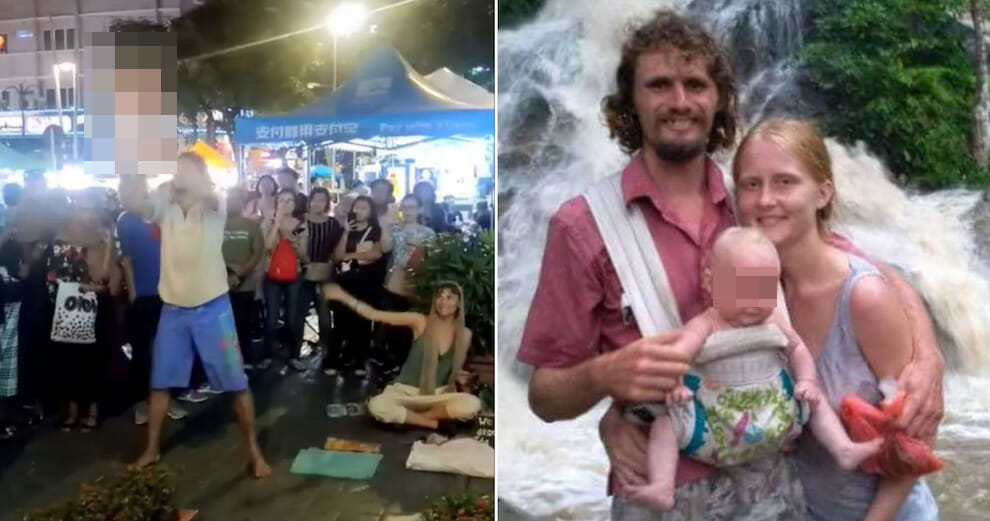 Just yesterday (3rd February), Malaysians were horrified at a disturbing video of a foreign ‘begpacker’ couple swinging their baby in the air to entertain locals in Bukit Bintang in hopes that they would receive donations to fund their travels.

The video soon received so much backlash that many have called on the authorities to take action against the Russian couple for endangering their 6-month-old.

However, according to Free Malaysia Today, the police have yet to verify if the video is, in fact, genuine and have urged witnesses to come forward to aid with investigations. In the meantime, they cannot take any action against the couple until they can verify the incident and someone has lodged a report against them. City police chief Mazlan Lazim told the daily,

“At the moment, no one has lodged a report. We are not sure if the video is real or not. Sometimes, it could be a video from another country.” 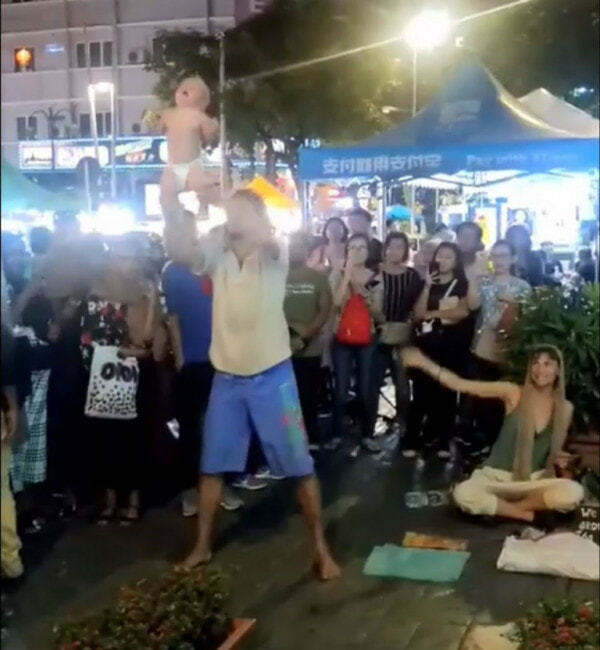 FMT also managed to contact the father of the baby, who wished to only be referred to as Mikhail. He claimed that his baby actually loves this “exercise” and “asks for it whenever he wakes up”.

However, the Russian embassy in Malaysia has also condemned the act, and have stated that they will be contacting the couple to find out what exactly happened.

This “exercise” the baby’s father was referring to is a popular trend in Russia that has gained a lot of scrutiny. The exercise in question is referred to as “Swinging Baby Yoga”. While this is not directly related to the ancient practice of yoga, it was apparently invented by a Russian doctor named Igor Charkovsky, who also claimed to have invented the water birthing method.

One practitioner of this controversial exercise named Lena Fokina, who has been doing this for the past 30 years, also claims it was previously practised by ancient African tribes, although there isn’t really much evidence to prove this is true. 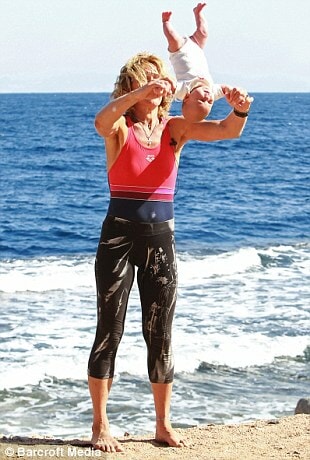 She told the Daily Mail,

“The Charkovsky method uses these natural reflexes for child training. The amount of time it takes to train an adult to do it on a child depends on the sensibility of the child’s parent. Sometimes it only takes one training session.”

“The movements are designed to improve their muscular abilities and development. The children (who undergo this swinging baby exercise) often turn out to be early readers, singers, talkers, swimmers.”

“It also makes their hands stronger. We are humanists and we don’t do anything wrong.”

Check out this video of a Swinging Baby Yoga class below:

This controversial practice has been labelled as child abuse by the concerned public, as the consequences of aggressively swinging babies could cause significant and even deadly damages.

One major concern surrounding this exercise is that it could lead to these children developing Shaken Baby Syndrome (SBS), which is a serious brain injury that can develop if an infant or toddler has been forcefully shaken. This can result intellectual disabilities, chronic seizures, paralysis, blindness, among a number of other serious issues.

Whatever it is, we hope that our local authorities and the Russian embassy can settle this issue and ensure that the baby’s welfare is of the utmost priority. 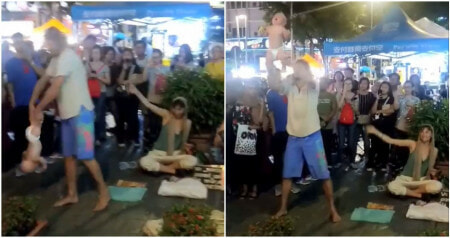