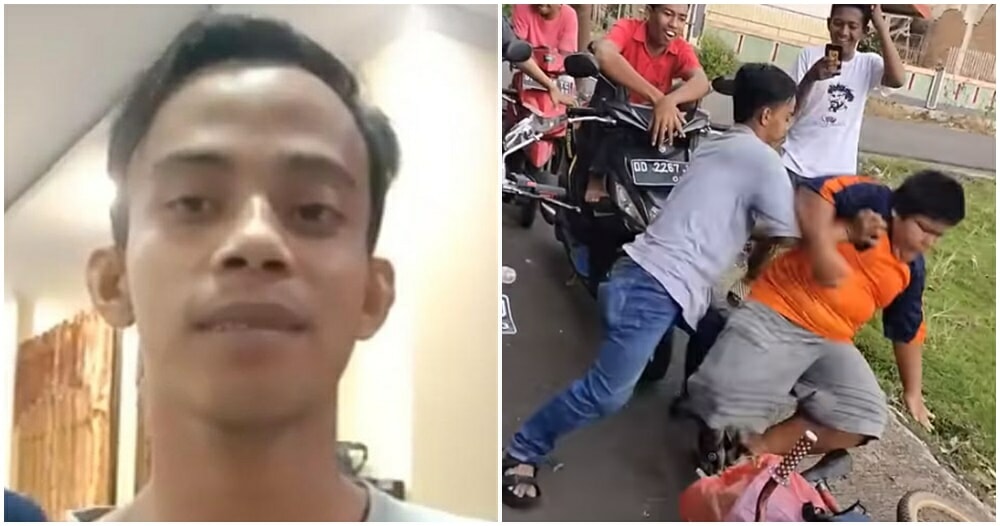 Yesterday, videos of a gang of bullies went viral after they were exposed online for filming themselves as they ambushed an innocent 12-year-old boy who was just trying to ride his bike and sell food. If you missed it, you can read more about the heartbreaking bullying case here. 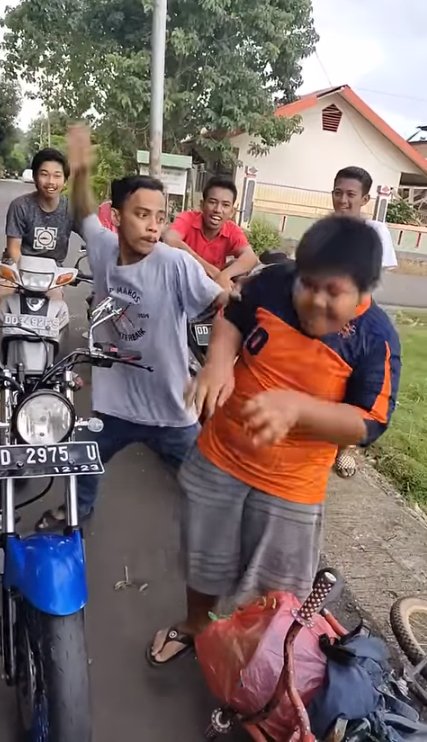 Since the incident blew up on social media, authorities have been alerted of the situation and the bully suspects were detained and brought in for questioning. Ma’arang police chief, Iptu Sofyanto said, “Eight young men have been identified as those who harassed and hit the jalangkote (fried pastry) seller whose videos went viral on social media,” in a statement recorded by Tribunnewsmaker.

One of the eight young men, identified as, 26-year-old Firdaus, is believed to be the suspect who slapped and shoved the poor child victim. “The victim suffered abrasions on his hand because he was pushed by the perpetrator,” said the police chief in a report recorded by Detik News. 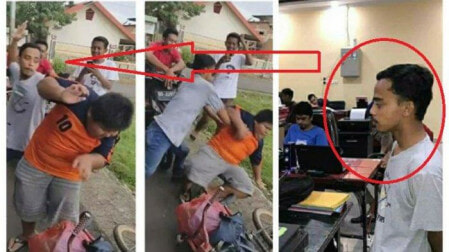 The incident, which took place on Jalan North near Bonto-Bonto field, occurred on Sunday evening (17th May) and involved a 12-year-old victim who goes by the name of Rizal. Local news reports say that the boy cycles around the streets to sell fried pastries and snacks every day. Hence the bullies were able to plan and stage their ambush.

Thanks to the viral video which garnered the attention of netizens, authorities, and the community the horrible bullying case was handled quickly and efficiently. “We have already submitted this case to the Pangkep Regional Police for further proceedings, because there were a crowd of residents and victims’ families in front of the Ma’rang Police Headquarters,” said the police chief. Firdaus was charged by the police with Article 351 of the Indonesian Criminal Code which violates the Child Protection act. 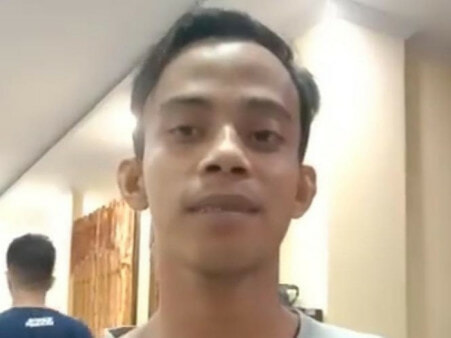 The bullying case was even highlighted by a member of the Indonesian Parliament, Dedi Mulyadi, who contacted the family. Through their phone conversation, it was discovered that this was not the first time something like this happened to Rizal. In fact, it was revealed that this was actually a common occurrence:

“Although often bullied, Rizal never complained. He remained strong to help his mother sell jalangkote, I am very sympathetic to what he is doing,” said the parliament member on Monday (18th May). 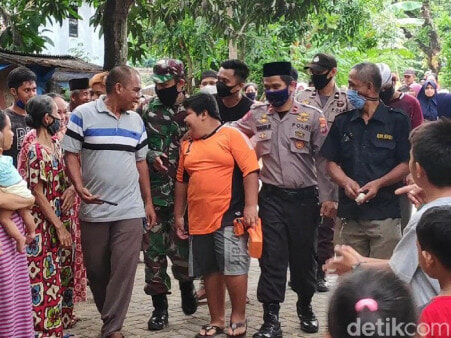 Thankfully, some good still came out of this horrid situation. The community was deeply affected by what happened to Rizal and his family. They wanted to help in any way possible. Thus, when Rizal returned from the police station on the night of the incident, he was greeted with a pleasant surprise. 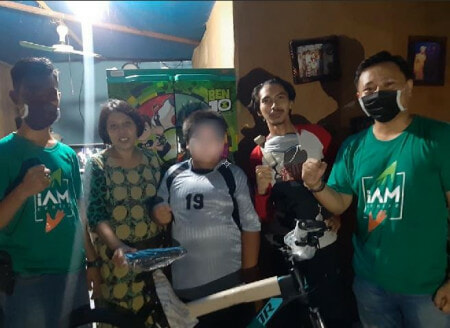 The IAM Pangkep social community bought a brand new bike for the poor family and reimbursed the food packages that were destroyed when Rizal fell over his bike.

“We gave this at 12:00 a.m. because we were waiting for Rizal to return from the police station,” said Pangkep IAM Center member, Saifullah. According to him, Rizal came from a poor family. “Rizal is the second child out of three siblings,” and despite only being in fifth grade, he was already helping his family earn an income by riding his bike to sell pastries.

While Rizal’s bullying case was fortunately resolved, not every bully-victim gets to have their voice heard. If you ever witness a bullying case happening, voice it out or alert someone who can handle and stop the situation immediately. Nobody should have to go through such a traumatic experience.