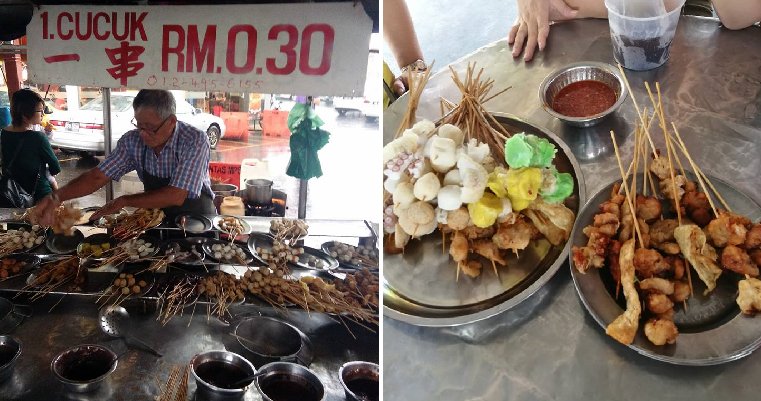 In this day and age, 30 sens cannot get you far. I mean, sometimes even a pack of tissue can cost you at least 50 sens! Well, what if we told you that you can actually get hot food for 30 sens? 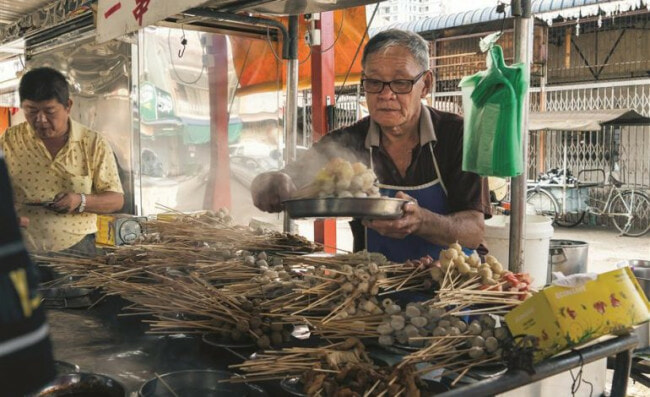 In case you didn’t know, there is actually a super cheap lok lok in Butterworth, Penang that is bound to delight you thanks to its prices. There’s no name for the stall; it is simply known as the “30 sen lok lok” with a big banner on display proclaiming this fact.

True to its name, everything in the stall only costs 30 sens for one stick, which is so unbelievable, okay? The hawker who sells them, Lee Koon Huat, has been peddling his wares since 1983 outside Kwong Hwa Primary School along Jalan Raja Uda with almost the same prices he sets now. 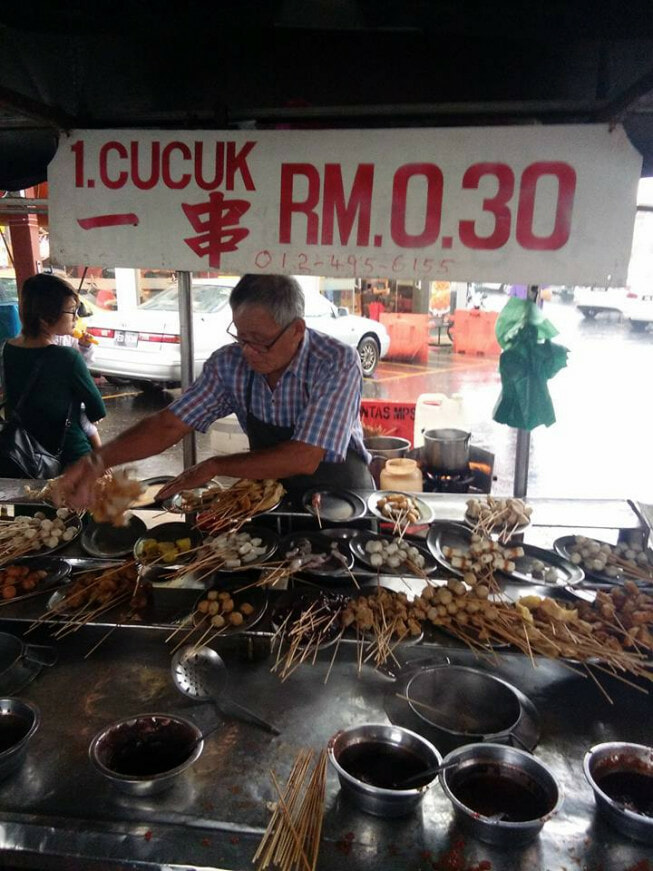 According to Star 2, Lee had raised the prices once in 1993 but after that he maintained the same price throughout the years. “Before, I had 20-sen sticks too but they have all been 30 sens since 1994,” Lee explained. That’s 23 years ago!

Those sticks of skewered food or more popularly known as “lok lok” in food trucks that we love to eat so much sure isn’t cheap as an average stick would usually cost about RM2 in the Klang Valley; so Lee’s stall is really one in a million. Sometimes other lok lok stalls can cost way more! 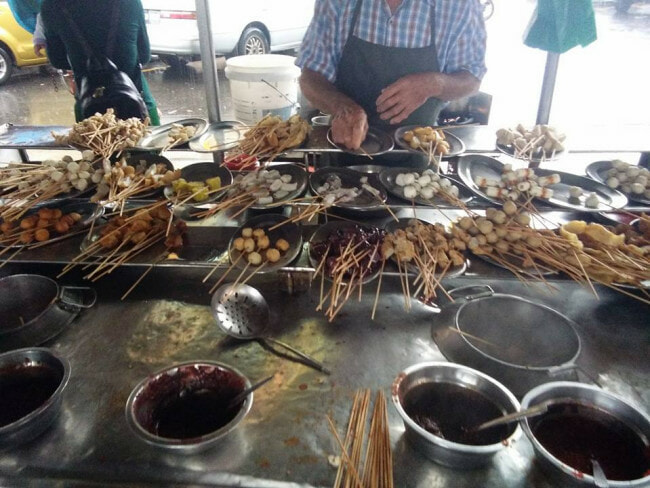 Of course, for that super affordable price, you can’t be expecting premium food such as prawn and squid, but he does have the usual lok lok fare in his stall such as fishballs, meatballs, hot dogs, beancurd skin, quail eggs, crabsticks and many more. However, he has a secret stash of mantis prawns reserved for regulars that are limited and sells out really quickly!

So, how exactly does the 67-year-old man manage to keep his prices so low? Apparently, he said that he doesn’t raise his prices because he does not want to make a huge profit as he doesn’t need it. He has four adult children who are financially independent and want their father to retire from his lok lok business. 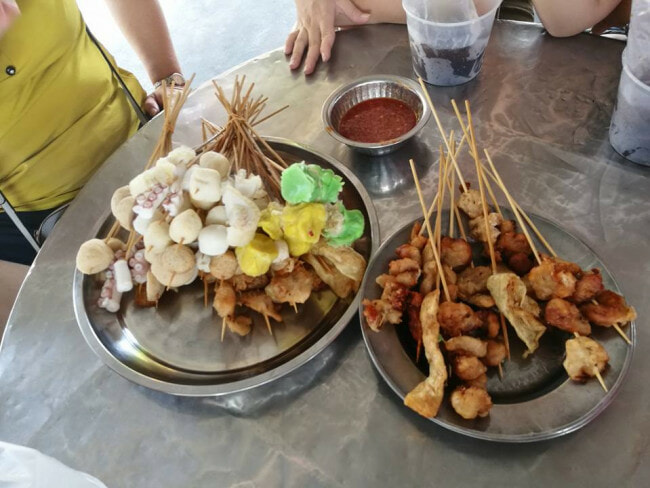 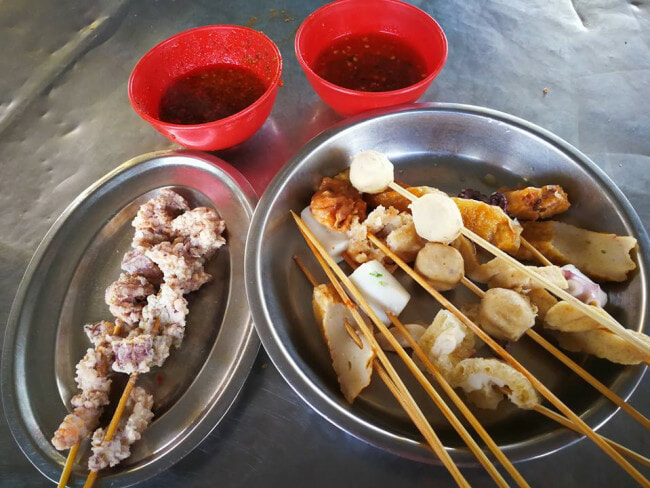 Nevertheless, Lee is having none of it and continues to wheel his pushcart stall from his home nearby to his regular spot every day. His loyal customers wait for him to appear at 2pm daily and within two hours, his food is usually sold out as the wave of customers are non-stop.

He could increase the amount of food he sells and even get away with increasing the price if he chooses to, but Lee does not want to do that. Affectionately known as “uncle” to his customers, Lee explained, “We are doing this to pass our days. My wife still makes the chilli sauce at home. When we feel tired, we just won’t open for business that day.” 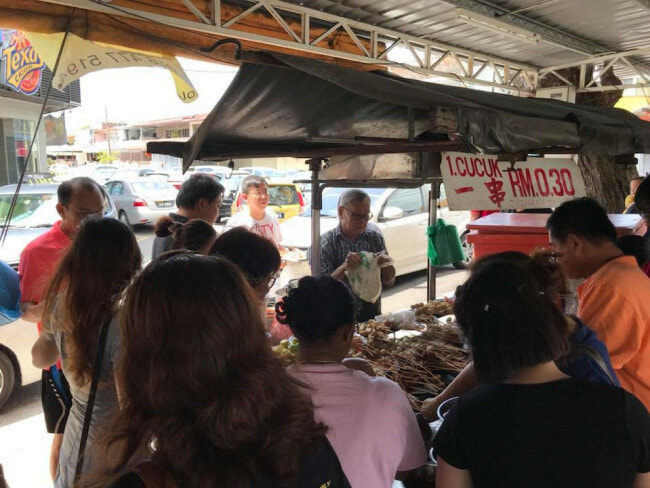 One of the regulars, 40-year-old Jonas Hong praises Lee’s lok lok, saying, “It’s nice to eat here because we can eat without worrying that it’ll cost a lot. I have been eating this uncle’s lok lok since I was in primary school. His son was my classmate. It may be cheap, but it’s tasty.”

Interested to give it a try? Here’s where you can find the 30 sens lok lok uncle!

Opening Times: 2pm until sold out 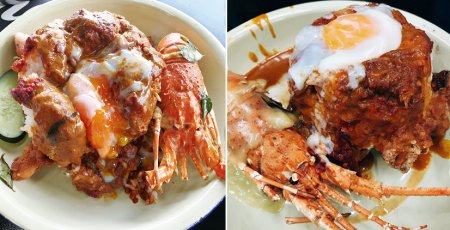