If you don’t already know, Deputy Women, Family and Community Development Minister Datuk Hajah Siti Zailah Mohd Yusoff was recently called out for encouraging husbands to ‘gently beat‘ their wives to discipline them.

“A gentle but firm physical touch is allowed to reprimand stubborn wives,” she had said, which drew backlash not just from netizens and NGOs, but also from prominent Muslim, female politicians.

But since then, her statements have even attracted the attention of international media, including the Independent and GBNews UK. Bagan MP and Secretary General of DAP, Lim Guan Eng, took to his Twitter page to share GBNews UK’s video, in which their hosts were visibly entertained by Siti Zailah’s advice in a segment called Headliners: ‘Guidance on how to strike your wife from the Malaysian Minister for Women’. 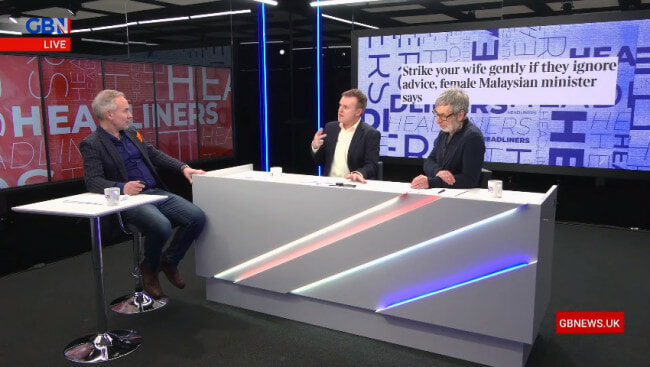 “She’s a woman, I mean, talk about not reading the room,” the 1st news anchor said.

“Well, that’s right and you would have thought that as part of her job description, she’d be quite pro-women,” the 2nd newscaster responded.

They shared a quick summary of her statements and noted the more conservative, Islamic beliefs among Malaysians. The 2nd host also pointed out Siti Zailah’s stance on Syariah-compliant uniforms for flight attendants.

“So it shouldn’t be that surprising to us that in a theocratic country, you have these religious laws coming in. I’m surprised it’s still a controversy over there,” the 2nd host added. 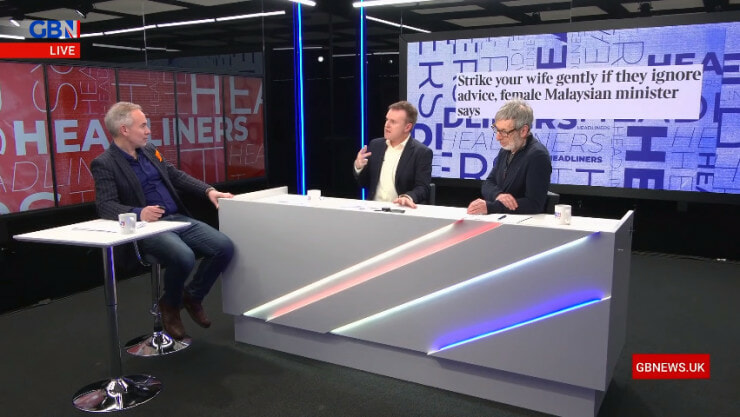 The 1st newscaster then jokingly asked the 3rd if he’s practiced such methods at home.

“My undisciplined partner? Yeah,” the 3rd news anchor laughed before asking if the entire notion of ‘gently beating’ wives is a real Islamic law. The 2nd host then explains that the backlash may be an exploitation of cultural differences.

“It sounds ridiculous though, doesn’t it? And you’re going, you’re the deputy minister for women, I mean, what’s the minister of women like then?”

“Sprouting nonsense like this, you do worry about Malaysia. It’s a woman saying it as well,” the 3rd host shared.

Since the video’s release, people have defended the Malaysian community, denouncing Siti Zailah as a spokesperson for the entire country.

“That’s why you shouldn’t simply cherry-pick verses from the Quran. They need to be explained in detail, not like how the minister said it.”

Also read: Another Case of M’sian Children Converted & Kept Away From Mum, Here’s Everything You Need To Know