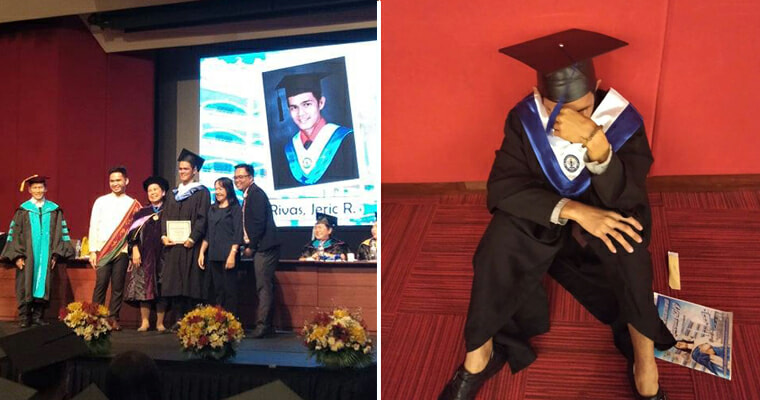 Your convocation should be one of the proudest days of your life, but for this recent graduate, it’s one of his saddest and most bittersweet.

Recently, a Bachelor of Science in Criminology graduate shared one of the most heartbreaking stories we’ve ever heard when he made a Facebook post detailing how even though his parents were never there for him his entire life, he still hoped that they would attend his graduation day as the top student from his class at La Concepcion College San Jose Del Monte Bulacan, Philippines.

The graduate, Jeric R. Rivas broke down in tears during the convocation ceremony and tried to walk with pride when his name was called up on stage but ended up crying even harder as he went up to receive his Bachelor scroll. 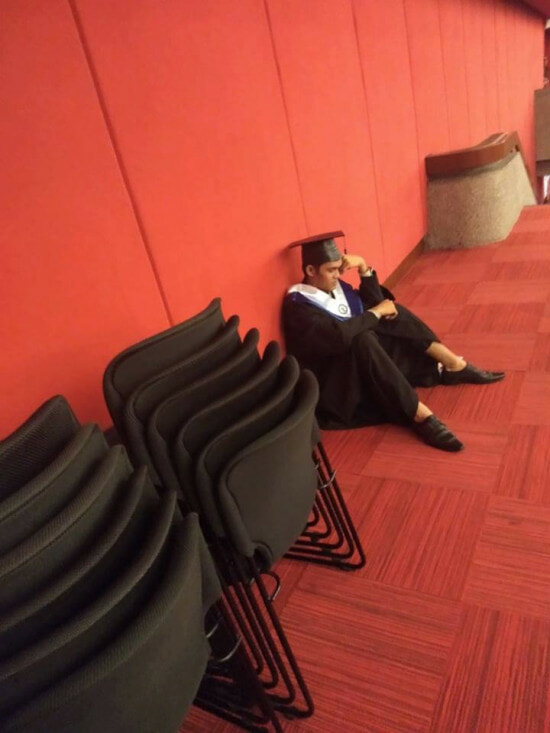 In his post, he detailed how his parents never bothered to attend any of the special moments in his life, even when he was the best student in his elementary school’s graduation. Jeric shared that,

“When I was in elementary school, I received the highest honour as the best student but my parents never came. They were supposed to go on stage and tie a medal around my neck but since they didn’t come, I refused the medal.” 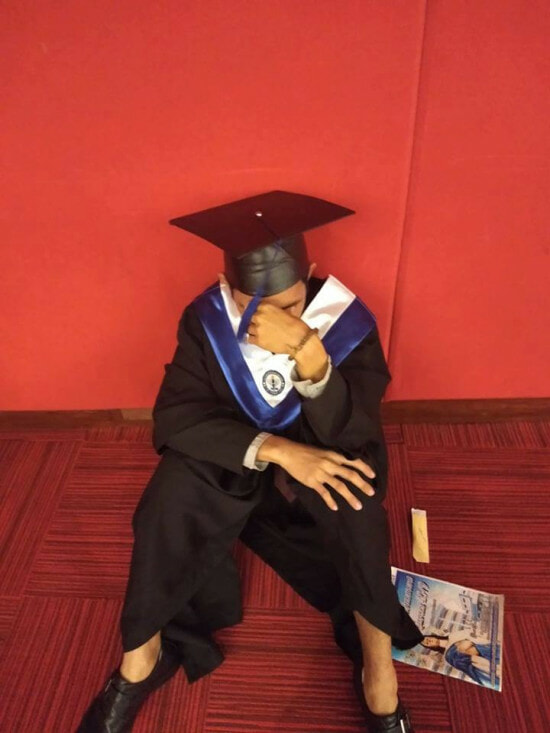 After finishing school, Jeric left his hometown of Sibuyan Island, Romblon to find a better life somewhere else and went on to study at the prestigious La Concepcion College in San Jose Del Monte, Bulacan.

Things were never easy for the brilliant graduate as he had to work odd jobs to afford the tuition fees. He had stints working at a factory in Quezon, being a service crew at a fast food outlet and even being a housemaid.

Wah, the perseverance! Massive respect to you Jeric! 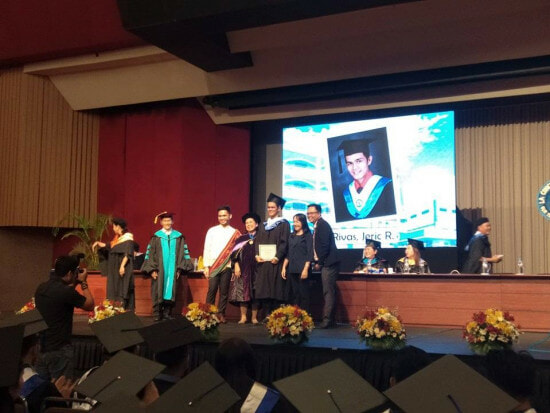 Many of his professors helped him out and welcomed him to their homes after hearing of his situation and have become something of a second family to him. In fact, his professors are so proud of him that they surprised him by accompanying him up the stage when his name was called out to receive his scroll. Aww, so sweet!

“One by one the names of graduates are called and all of them went up to the stage with their parents, whereas mine never came. When my name was called, however, my professors came to my seat and accompanied me up to the stage.”

“As I walked up, one of my other professors were standing there on stage waiting for me and embraced me with a hug. At that moment, some of my sadness disappeared but I still cried in front of everyone.” 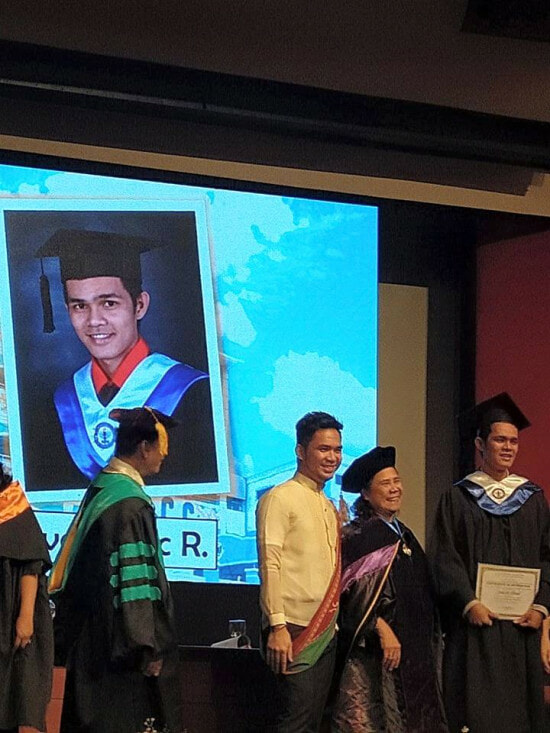 At the end of Jeric’s Facebook post, he thanked his professors and everyone who have helped him throughout his difficult journey as an undergraduate.

For his parents, despite the many rejections and heartaches that he has received from them, he still thanked them and wished that someday they would finally be proud of him.

“To my parents, who up until today could not accept me in their life, if you’re reading this, this is me now and I hope I made you proud…”

Such a heartbreaking and bittersweet story. Do you know anyone that could relate to such a bittersweet moment? Share with us your thoughts and stories in the comments section!

Also read: This S’porean Student Flew From Australia Just to Take Graduation Photos with Her Grandpa 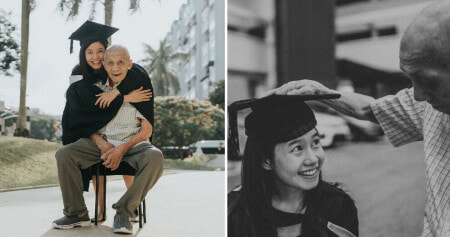