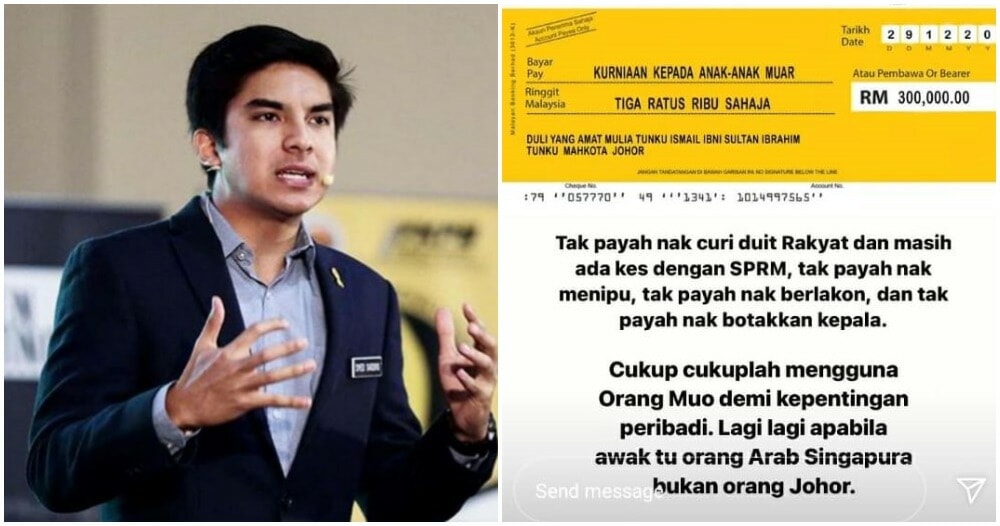 The Internet was abuzz over former Youth and Sports Minister, Syed Saddiq’s, challenge where he said if he manages to raise RM200,000 for 100 laptops in five days starting 26 December, he will go BALD!

“1 Family, 1 Laptop” is how Syed Saddiq plans to raise funds by buying laptops for the less fortunate and needy families in Muar. As of yesterday, the team managed to collect RMRM61,410! The best part is that it seems like we will be able to see a bald Syed Saddiq sooner than expected as he received a generous donation of RM300,000 from none other than the Crown Prince of Johor, Tunku Ismail Ibrahim or more affectionately known by Malaysians as TMJ (Tengku Mahkota Johor).

However, based on Tunku Ismail’s Instagram stories, there seems to be some sort of ‘anger’ between the two. 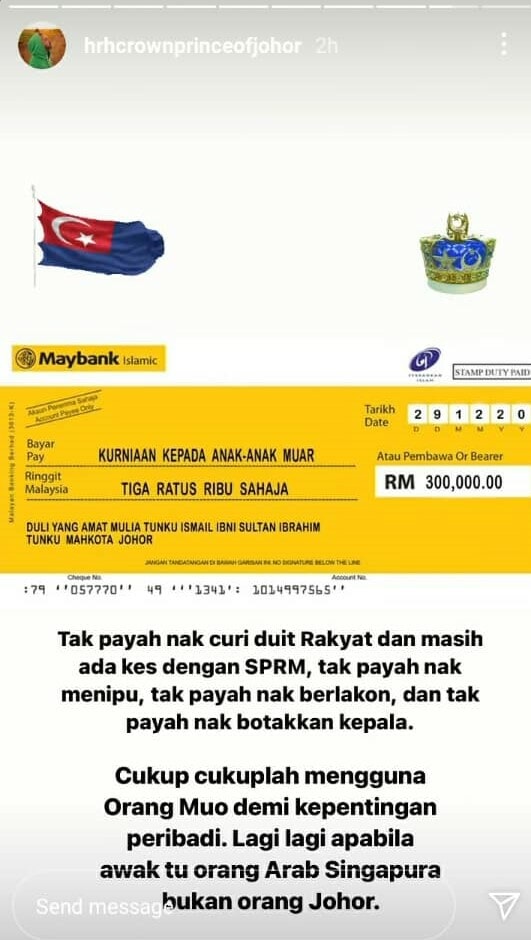 That’s enough of you using the people of Muar for your own personal interests. Moreover you’re Singaporean-Arab not a Johorean.”

In a subsequent Instagram story, he said that he acts while Syed Saddiq is all talk. Not only that, he managed to accomplish in just 2 months what Syed Saddiq took 22 months for. 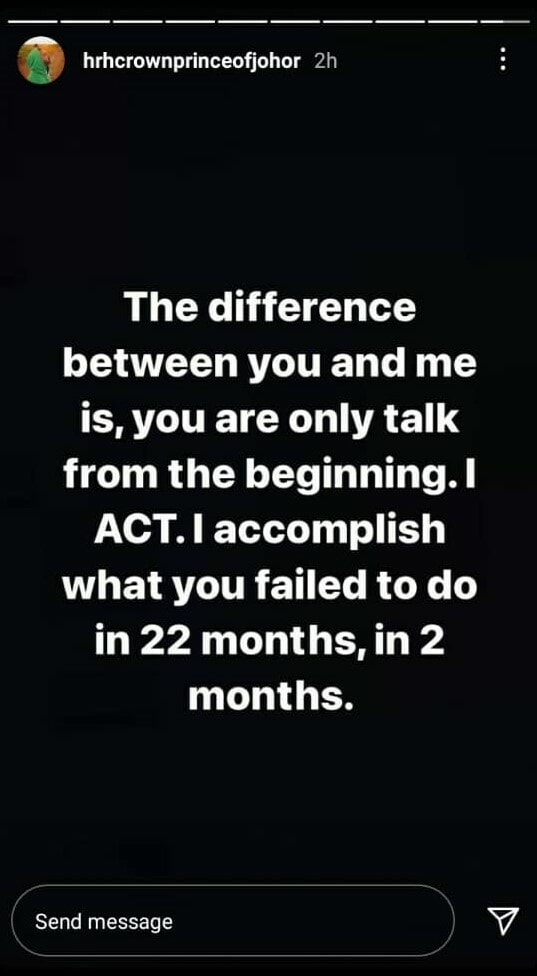 “The difference between you and me is, you are only talk from the beginning. I ACT. I accomplished what you failed to do in 22 months, in 2 months.”

In response to this, Syed Saddiq uploaded a video thanking Tunku Ismail for his generous donation and how he along with the people of Muar are indebted to him.

He added that he believes everyone should always be racing to do what’s good. Syed Saddiq said that during his short stint as a Minister, the “Hub Anak Muda” project costing RM25 million was approved after he met the Prime Minister, Johor Chief Minister and the project was subsequently presented at the Parliament.

However, only when the Tunku Mahkota Johor lent a helping hand to resolve the land issue that hindered this project, finally the “Hub Anak Muda”, now called the Tunku Ismail Youth Centre project will be implemented. Nevertheless, Syed Saddiq also sought an apology from Tunku Ismail if he offended him.

“As a Johor-born who was raised and schooled here, my whole family and I are extremely indebted to Tunku and family as the rulers of Johor. May Allah always bless you and your family Tunku.”

Also read: Syed Saddiq Vows To Go “Botak” If He Raises RM200,000 In 5 Days For Poor Families In Muar 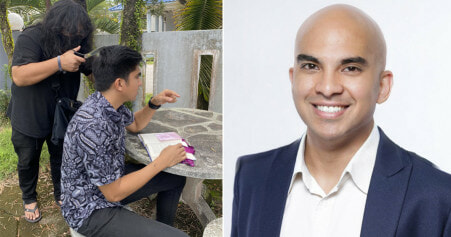