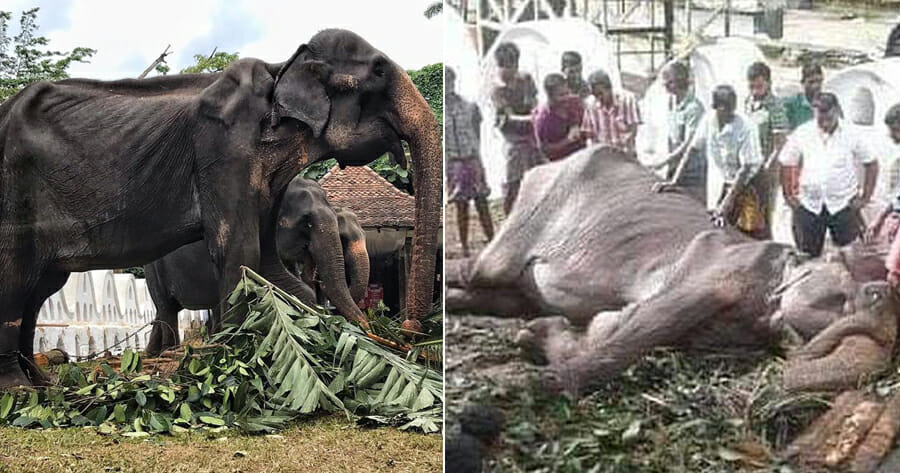 Recently, we’ve seen the heartbreaking news of Tikiri, a 70-year-old female elephant who was forced to walk in a parade despite being frail and weak.

Tikiri is so thin and emaciated that you can actually see her bones, rib cage and spine through her skin. However, the crowd in the parade don’t seem to notice because she is made to wear colourful and lighted-up costumes that cover her entire body. 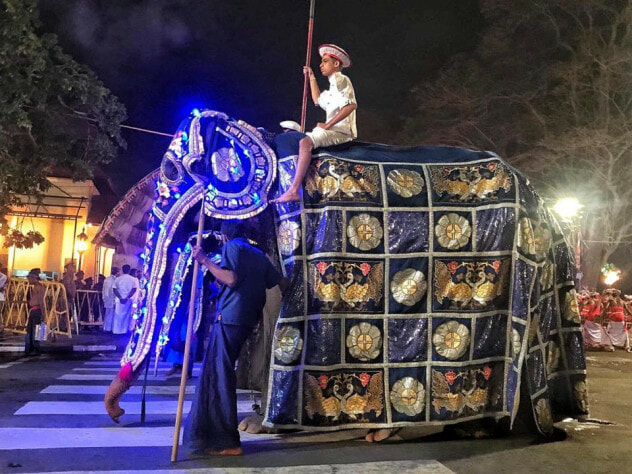 Now, a new photo has surfaced where Tikiri can be seen lying on the floor, almost close to death, reported Daily Mail.

Dozens of people surround her, unsure of what to do as she lies on the ground, shrivelled and as weak as ever.

Save Elephant Foundation, an organisation that rescues elephants in Thailand, wrote on their Facebook page that Tikiri is too tired to walk and work.

“On the day we met her, the vet said she is strong and okay to walk. Some people are blind in their hearts. Look at this poor old girl who has fallen down,” they wrote.

“We cannot just let it go silent. Time to stand up and take action to protect the others who still suffer and are waiting for our voice. Time to END the use of animals in every ceremony.” 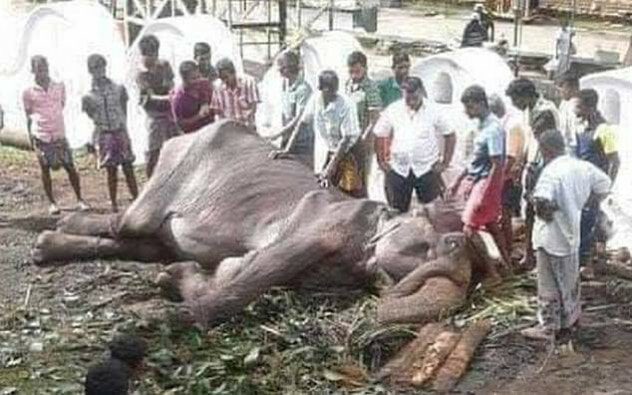 For a ten-day Buddhist festival held in Sri Lanka, Tikiri and 60 other elephants were forced by their owners to walk for long distances while wearing short shackles on their feet to make them walk slower.

“It is sickening that such cruelty can be inflicted on this beautiful, sentient, sensitive, old lady – in the name of religion,” TV and radio presenter Nicky Campbell said. 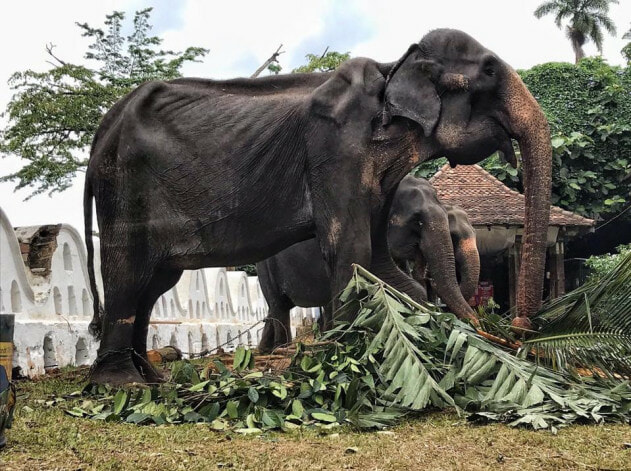 “After all she’s gone through she should be taken out of her misery, given a chance to live out the rest of her days being properly looked after. All her life she will have been thinking of her mother and family and why on earth she ended up in this hell. She needs our help – now.”

Poor Tikiri! How could humans be so cruel and force such a weak and old animal to work for their own pleasure?

Also read: 70yo Elephant Forced to Walk for Miles With Weak & Malnourished Body Hidden by Costume 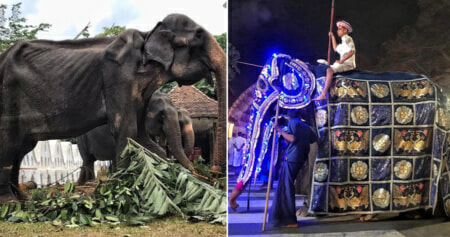