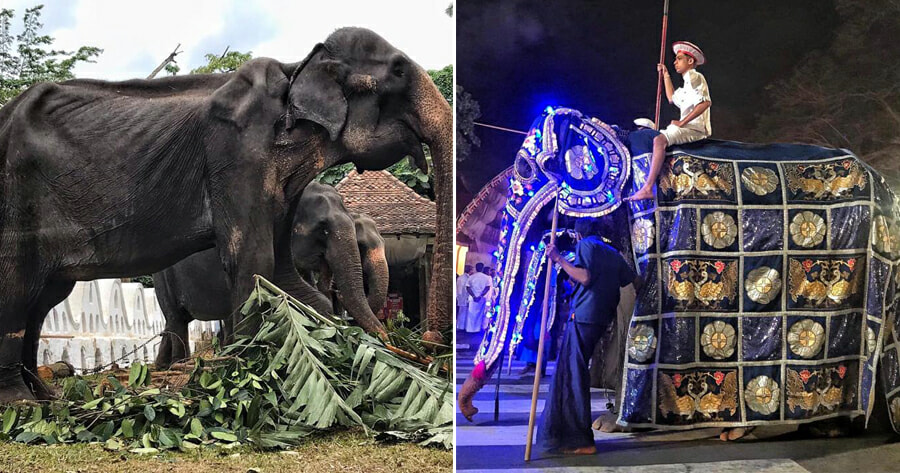 A 70-year-old elephant named Tikiri has been forced to walk long distances every night so that people can feel “blessed” at a religious festival.

According to Metro UK, the sickly female elephant is so skinny that you can see her bones, rib cage and spine through her sagging skin, but because she is made to wear a colourful costume for the parade, people watching her cannot see her frail body underneath. 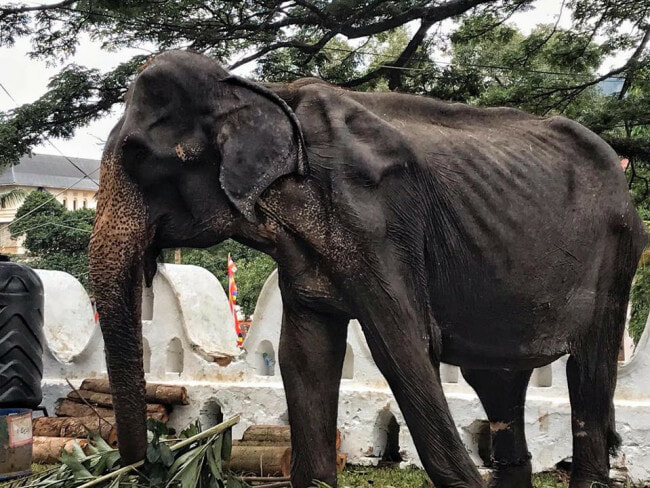 Lek Chailert, founder of Save Elephant Foundation, an organisation that rescues elephants in Thailand, said that Tikiri is one of the 60 elephants being forced to work for 10 nights in a row at the Esala Perahera, one of the oldest and grandest of all Buddhist festivals featuring fire-breathers, dancers and lavishly decorated elephants in Kandy, Sri Lanka.

She said that in order to make the elephants walks slower through the chaotic crowd in the night parade, short shackles are placed on their legs.

“Tikiri joins in the parade early every evening until late at night every night for ten consecutive nights, amidst the noise, the fireworks, and smoke. She walks many kilometers every night so that people will feel blessed during the ceremony,” she said.

Chailert also says that no one can see her bony body or her weakened condition, and no one sees the tears in her eyes that are injured by the bright lights that decorate her mask. 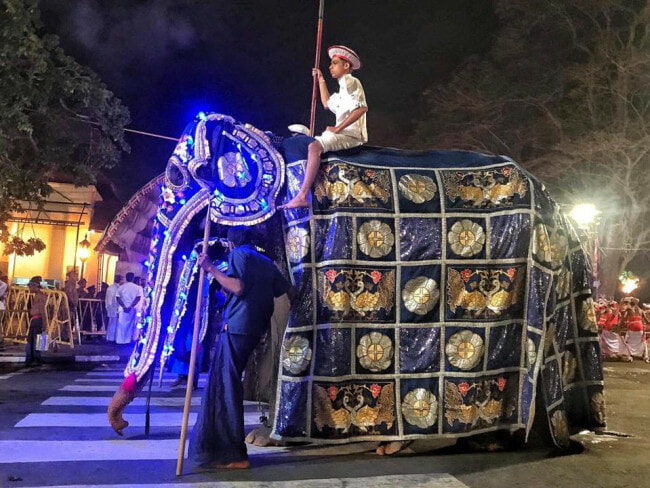 “No one sees her difficulty to step as her legs are short shackled while she walks. For a ceremony, all have the right to belief as long as that belief does not disturb or harm another,” she said.

“How can we call this a blessing, or something holy, if we make other lives to suffer? Today is World Elephant Day. We cannot bring a peaceful world to the elephant if we still think that this image is acceptable.” 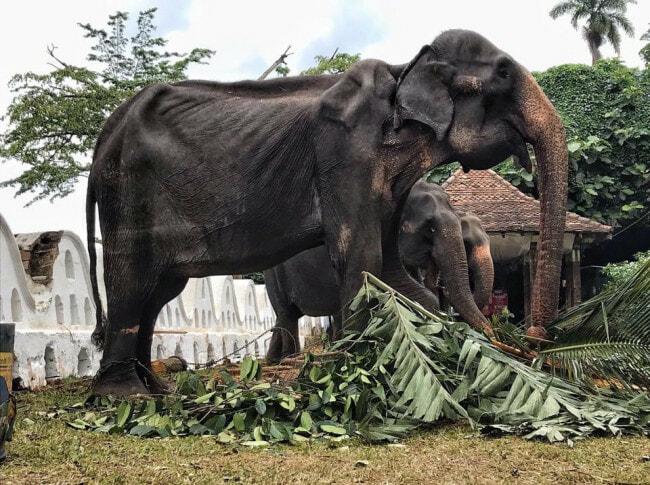 She adds that to love, to do no harm and to follow a path of kindness and compassion is the Way of Buddha.

A spokesperson for the Sacred Tooth Relic, a Buddhist temple that hosts the festival, said that they “always care about the animals” and confirmed Tikiri had been seen by an elephant doctor.

Poor Tikiri! Hopefully she is rescued from such cruel treatment and that she will be taken care of by good owners

Also read: Chained & Injured Elephant Finally Gets Happy Ending When He Is Rescued From Cramped Enclosure 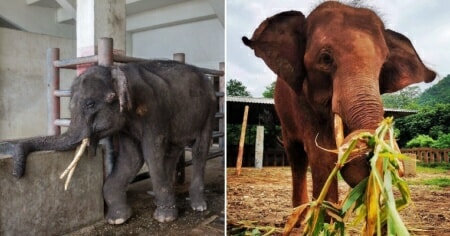