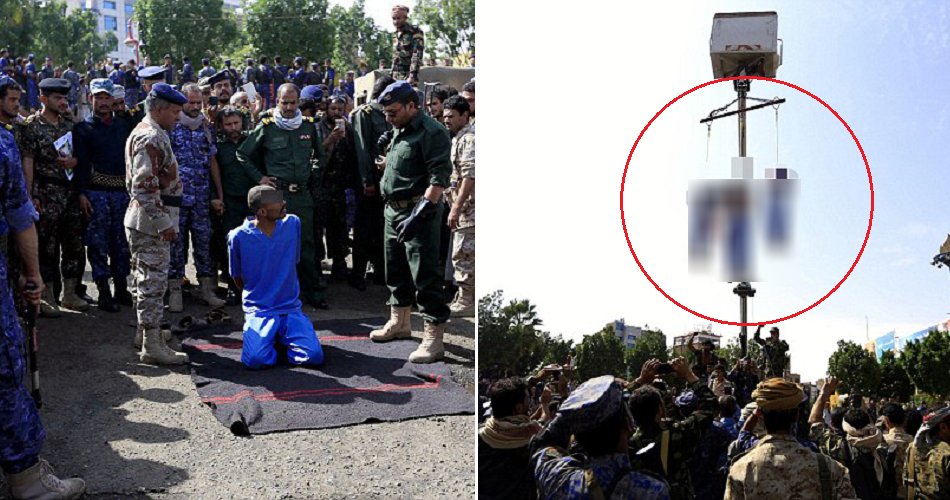 This definitely isn’t the kind of punishment for convicts that you normally see.

The Daily Mail reported that three pedophiles received one of the most brutal punishments for raping and killing 10-year-old Mosad al-Mothana in Yemen.

Earlier this week on Wednesday (8th August), these men were reportedly shot dead and then hanged from a crane in front of people who took pictures of them on their phones. Prior to that, these men were ordered to lie face down while being handcuffed before they were shot five times straight through the heart.

After being shot, the pedophiles’ corpses were hanged high up in the air from a crane in the centre of Sana’a, Yemen as a warning to potential offenders. Hopefully, there won’t be any more crime of this sort in the future! 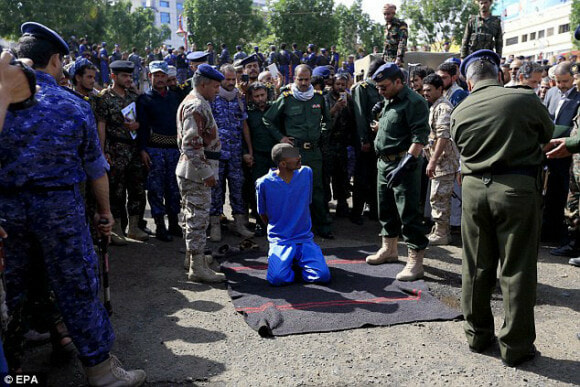 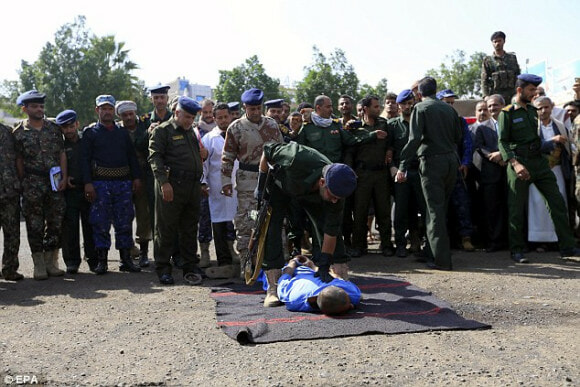 You may be wondering, why these people gave such a grim punishment to the pedophiles.

They suffered this punishment because Yemen – which is situated in the southern end of the Arabian peninsula – practises capital punishment whereby a criminal can be executed depending on the severity of the crime. 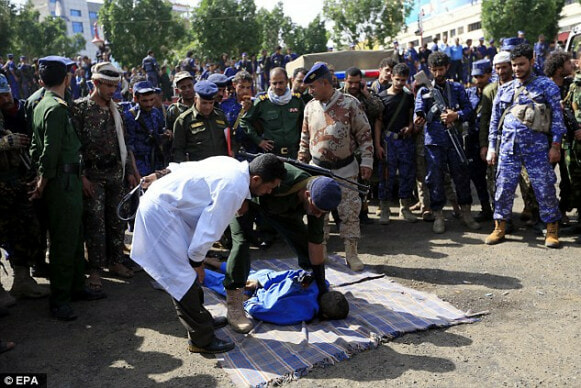 Adding to that, the death penalty can be possibly used in Hudud crimes – adultery, sexual misconduct, sodomy, prostitution, blasphemy, and apostasy – under the Shariah Law. Therefore, punishment by shooting, stoning, hanging and beheading are legal as according to the Yemeni penal code. 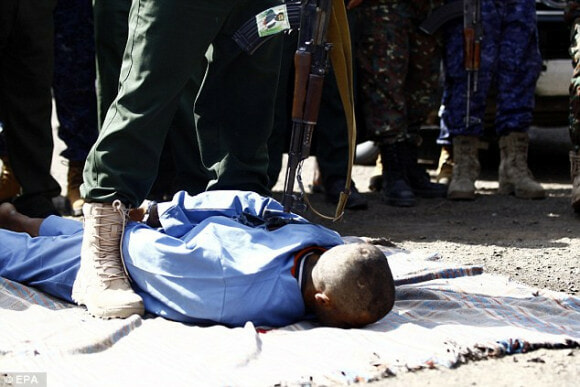 In a different part of the Middle East, a man was executed for stabbing a woman to death on Wednesday (8 August 2018). The man who was from Myanmar was beheaded and his corpse was displayed on a cross (crucifixion) in Mecca.

Capital punishment (death penalty) is deemed inhumane in some parts of the world, while it is still practised in approximately 50 countries all over the world – including Malaysia and America.

With that said, do you think capital punishment is the right way to prosecute these kinds of criminals and, at the same time, reduce crimes in a country? Leave us your thoughts in the comments!