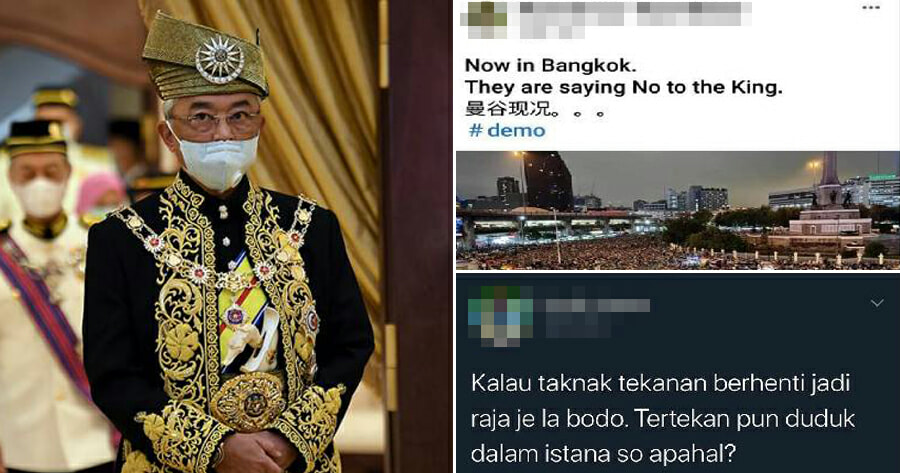 The police are investigating four Twitter and Facebook account owners for posting statements related to the Yang di-Pertuan Agong (YDPA) that have elements of hate, reported Harian Metro.

In his Facebook post, the 52-year-old man posted, “Now in Bangkok. They are saying No to the King.” 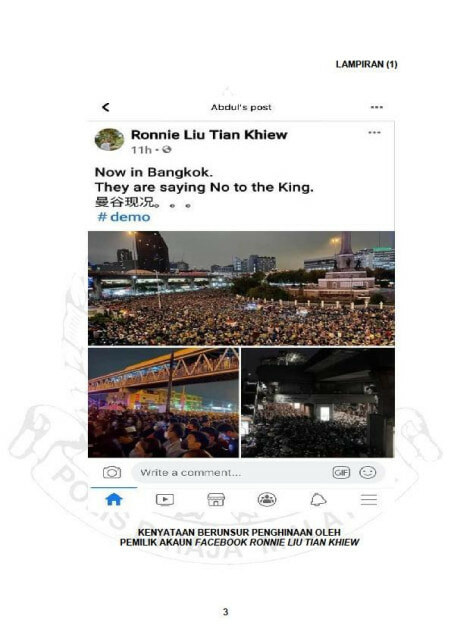 He was then detained in Cheras and the gadgets used to upload the statement were confiscated.

“Further investigations are currently underway to locate the suspect and record the testimony of competent witnesses as well as obtain documentary evidence,” Huzir said.

“If don’t want pressure, stop being the king stupid. Stressed also sit in the palace, so what’s up??” 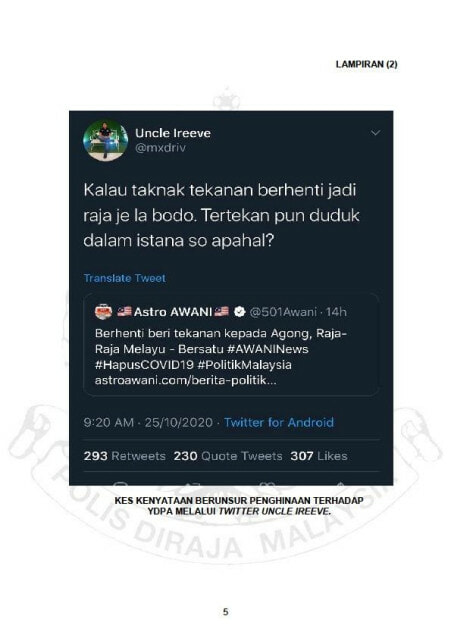 As for the third suspect, Liew Nan Lip reposted the National Security Council’s post and wrote,

“Wasiat Raja-raja Melayu? Where is the document of this wasiat? Which history professor verified this? Which institution verified this? This is merely a political propaganda. Why is MKN spreading fake news?” 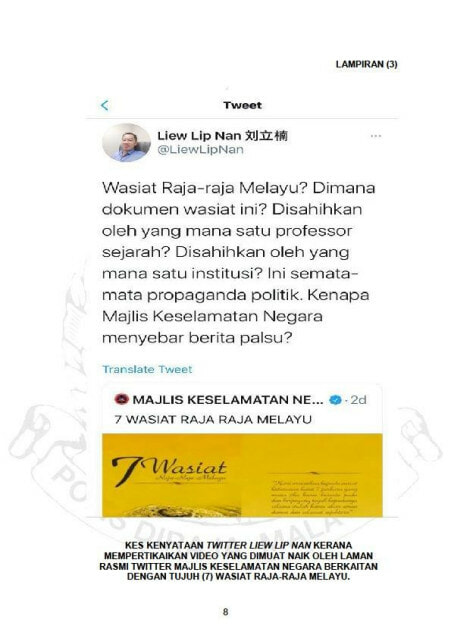 “We ask the owners of these accounts to surrender and if they refuse, arrests will be made in the near future,” Huzir said, adding that all cases were classified according to Section 4 (1) of the Sedition Act and Section 233 of the Communications and Multimedia Act 1998.

He also urged Malaysians to be more responsible and always appreciate the principle of Rukun Negara which is ‘Loyalty to the king and the country’ and to avoid behaviour that has a tendency to incite hate and thus damage the harmony of the country.

Just yesterday (26 October), police arrested the fourth suspect who likened the Agong to an animal and posted a photo of the Agong with drawings on it. You can read about it below. 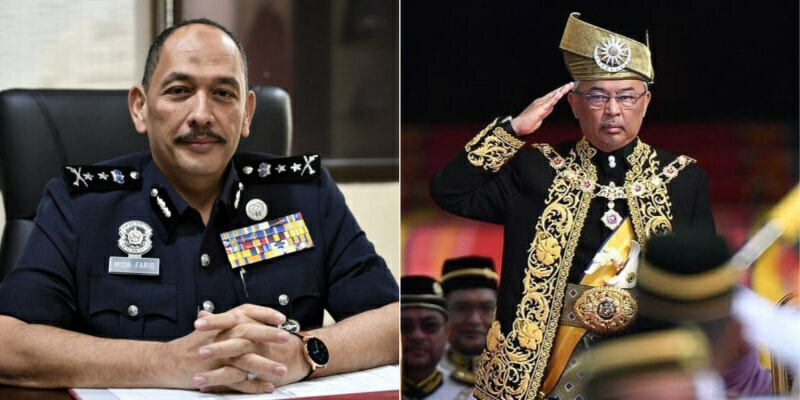