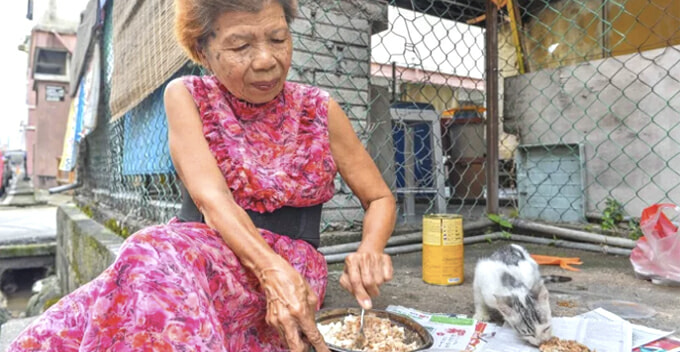 Despite needing the assistance of a walking stick to get around, that didn’t stop this loving woman from feeding stray cats and dogs every day without fail. 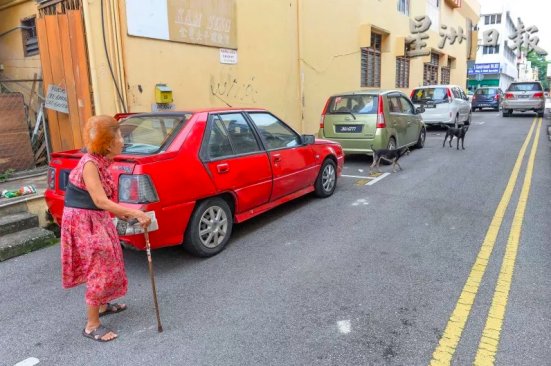 In an interview with Sinchew, the owner of a hair salon said that she started feeding strays full time after she retired from her business. Known by many as Sister Kim, she is often seen driving her red Proton Saga in Seremban and she would make over 10 stops per day to feed the strays.

“I love animals. When my husband was still alive, we raised more than 10 dogs together. We can’t take all of them (the strays) in due to limited space. So we feed them on the streets to prevent them from starving to death,” Sister Kim said. 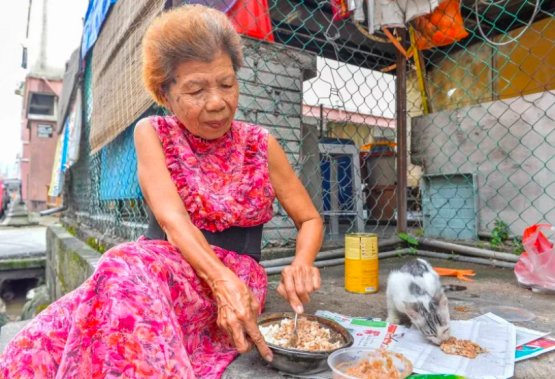 She reportedly spends around RM800 per month just to feed the strays and she never once asked for a donation although someone had approached her before to donate RM200 when they saw her feeding the strays. Now, her son helps to cover the cost. She added that feeding the strays is an act of kindness, but that doesn’t mean one can neglect the cleanliness aspect. Instead of leaving the food on the ground, she would mix the rice and sardines together and serve it on sheets of newspapers for the strays.

“Some people will leave after setting the food on the ground. They wouldn’t wait for the animals to finish eating to clean up. That’s actually wrong. They should also feed the animals in back alleys and not in front of people’s houses or shops,” she said. 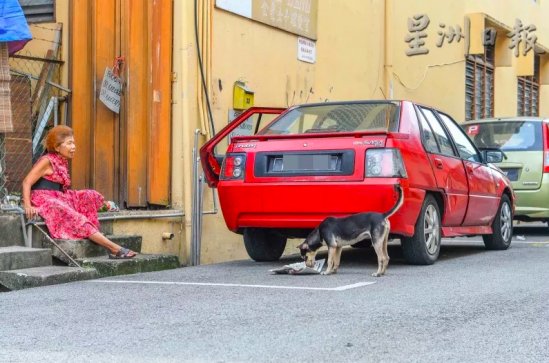 What’s more inspiring is that if she comes across any injured strays, she would take them home so that their wounds could heal faster. Her son is cool with her bringing home the fur kids for treatment but not so much when she’s still roaming around the streets after dark. That’s because she used to feed the strays at midnight to avoid being judged by passersby. However, that had also made her an easy target for robbers. Recalling a few past incidents, Sister Kim said she had encountered robbers several times before and even ended up with injuries in one incident.

“Now, I would feed the strays until 8pm and call it a day. A lot of volunteers are feeding the strays these days, so I don’t have to go to so many places anymore,” she added. 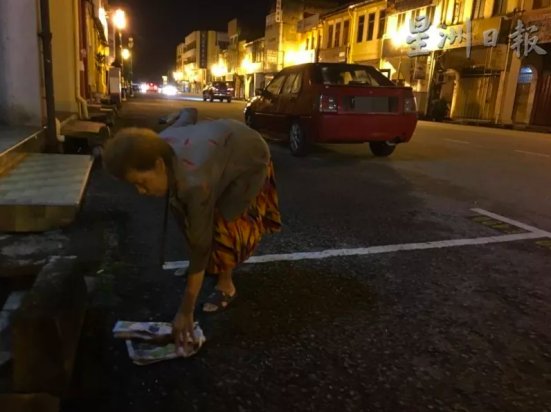 Sister Kim continued saying that since she has the support from her late husband and son, she would continue feeding the strays for the foreseeable future. “Not everyone is going to like what you do, so I will do what I think is right,” she said.

This story was first published by Sin Chew; you can read the original article here.

Also read: Abandoned Dog Gets Attacked by Strays at Night While Faithfully Waiting for Owner 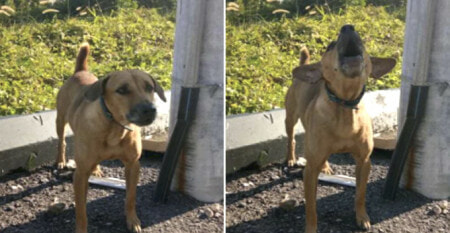