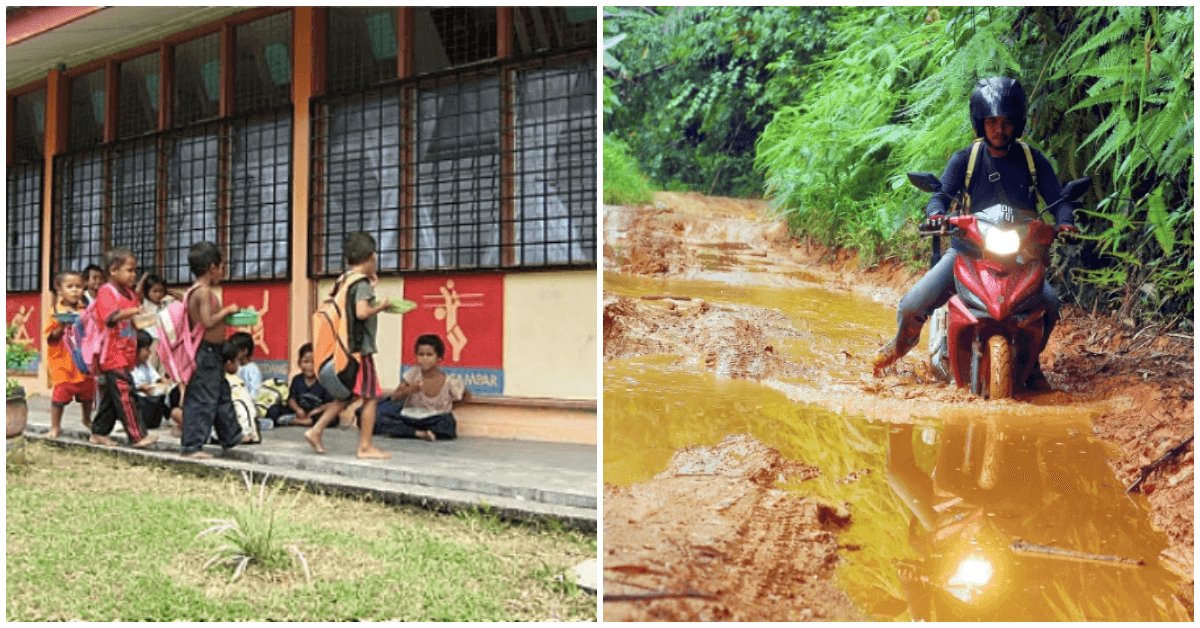 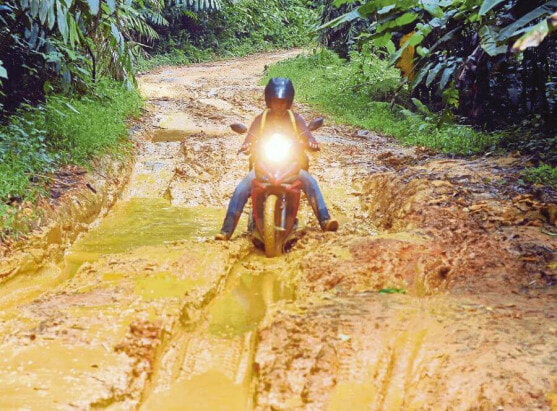 Meet Ahmad Saidin Mohd Idris, a 40-year-old father of two who begins his day at 5am to travel 2 hours a day through 135km on his trusty motorcycle to teach at SK Lenjang in Kuala Lipis, Pahang.

Clad in casual wear for the journey, he powers through muddy trails in the middle of a dense forest, wild animals and heavy downpour to reach the school, which caters to 465 Orang Asli children from 17 surrounding settlements.

Speaking to New Straits Times, he explains that once he arrives, he freshens up and switches into his formal wear as he is a firm believer in donning appropriate attire when conducting lessons.

“If I dress up neatly, my clothes might get dirty especially due to the roads from Pos Betau (Orang Asli settlement) being in bad condition. It worsens during heavy rain as the roads will not only have large puddles but also become slippery.

“Falling off the motorcycle is nothing new for most of us as we have experienced it when we were still new to the surrounding. But now most of us are familiar with the stretch and its condition,” he said. 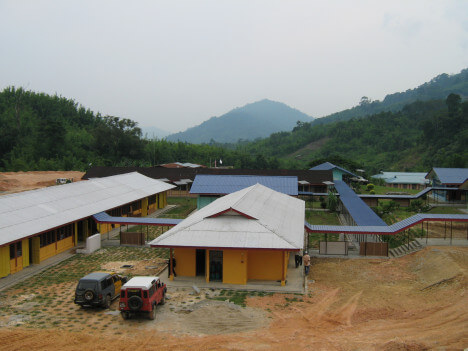 Having been with the school for over 3 years now, he added that the journey is merely part of the job, that the real challenge lies in the under-equipped institution which lacks what we know as basic daily conveniences. Relying on the river nearby for water supplies, solar-powered electricity and with zero cell reception, the teachers eventually became used to the situation as they truly enjoy teaching their students.

Apart from his usual lessons, Ahmad Saidin also coaches and encourages his students to participate in sports as it gives them the opportunity to travel beyond the school for tournaments.

As for Teacher’s Day celebrations, the educators don’t expect anything from their students but instead would often host special meals for the students and hand out chocolates. Everyone at the school is considered family, and during games or sports days, the entire school including supporting staff such as the security guards are included in the celebrations.

Most of the teachers also go beyond their roles by advising their students on courses of action after Year Six in order to ensure they follow through to Form One instead of quitting after their primary school education. 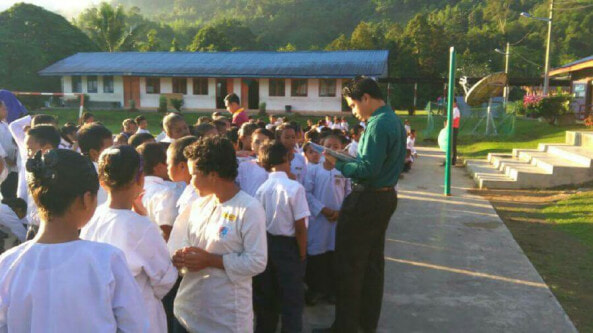 “Most of the teachers here have also learnt some words from the Semai dialect which allows us to become close with the pupils. To provide extra coaching, some teachers who live at the staff quarters nearby conduct extra classes for the Year Six students who live in the hostel at night,” he said.

Since news of Ahmad Saidin’s struggles broke, he has received many offers to help ease his journey to work, but has not only turned them down but redirected their assistance towards the Orang Asli students who require aid.

“I enjoy teaching here and am happy with what I am doing. Instead, it would be good if people can assist the Orang Asli children, and I am sure they would be grateful.”

Thank you Mr Saidin, the world is made brighter by your dedication. 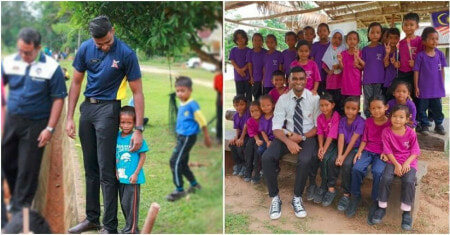