Netflix’s Squid Game is currently the most-talked-about show in the world and everyone is trying to jump on the bandwagon.

A nail salon in Sri Petaling, Kuala Lumpur, known as Maniqure has recently released some new trendy nail designs in store which are heavily influenced by the popular South Korean TV series. The store has not one, not two, but ten Squid Game designs available to “spice up” your nails! Check out the designs below with the prices included;

If you are feeling like an important person and like to seize the day, then maybe you will like these designs which take direct inspiration from the 7th episode of the series which features the VIPs watching the game. 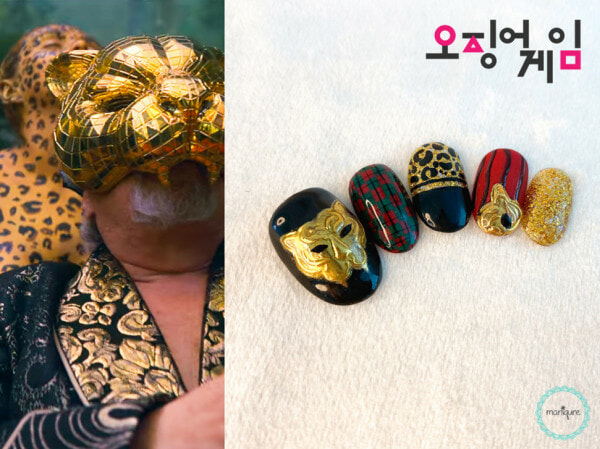 It means “neighbourhood best friends” in Korean. Still can’t move on from arguably the saddest episode of the series? Then try this design with player 456 (Seong Gi Hun) or player 001 (Oh Il Nam) imprinted on it. 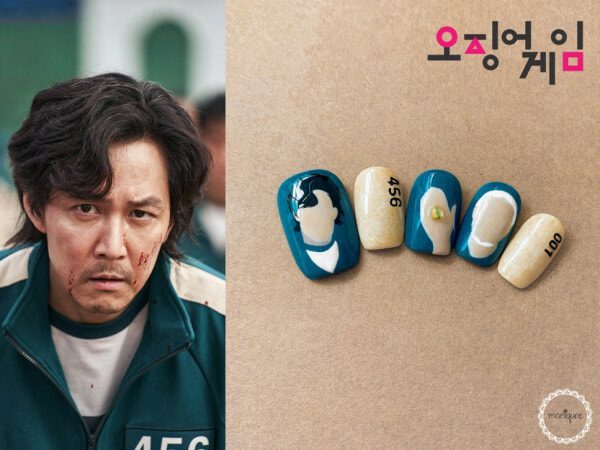 This design features the mask of the Front Man, as well as the different shapes on the masks of the henchmen that appear throughout the series. 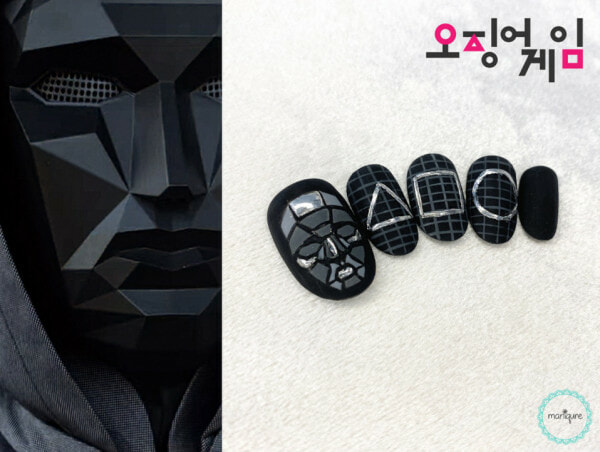 Perhaps one of the most shocking moments in the series, this design is meant for you if you are a fan of the creepy, singing doll that appears on the first episode during the mass murder that takes place in the first round of the game. 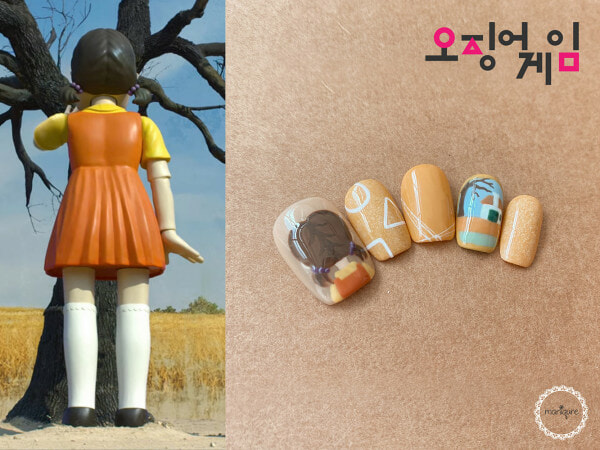 Inspired by the 5th episode of the series, it doesn’t mean you can’t get these piggy bank-designed nails if you can’t have the luxury of being a billionaire. 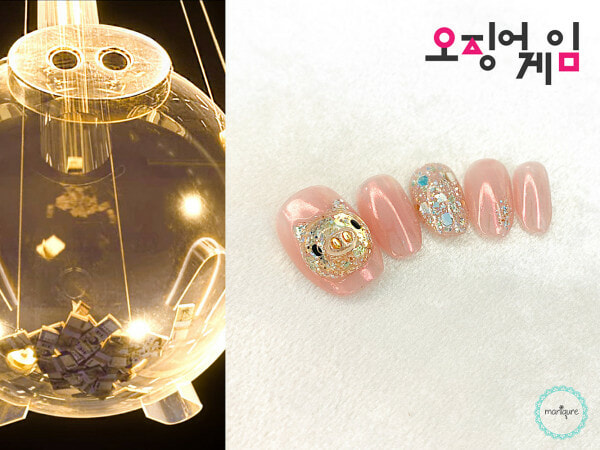 Player 067 (Kang Sae Byeok) and the colourful staircase on your nails. If you like Sae Byeok and colourful nails, this is for you. If you look closely, all the games have always been painted on the walls of the dorm. And if you would like to be reminded of the game, look no further than this design. 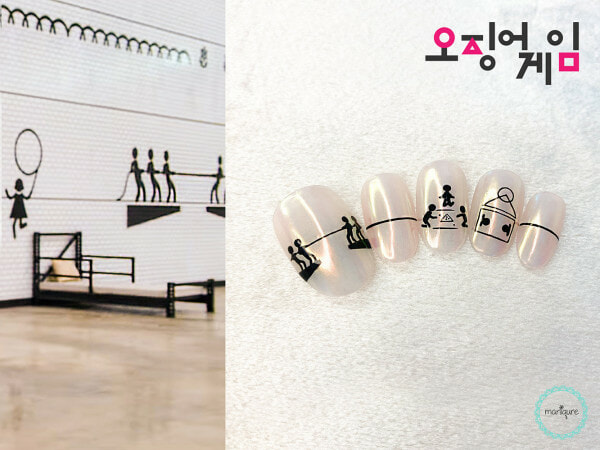 Remember the honeycomb stage with multiple designs to choose from? The umbrella is also one of the designs available. Just don’t lick your nails after getting it done. 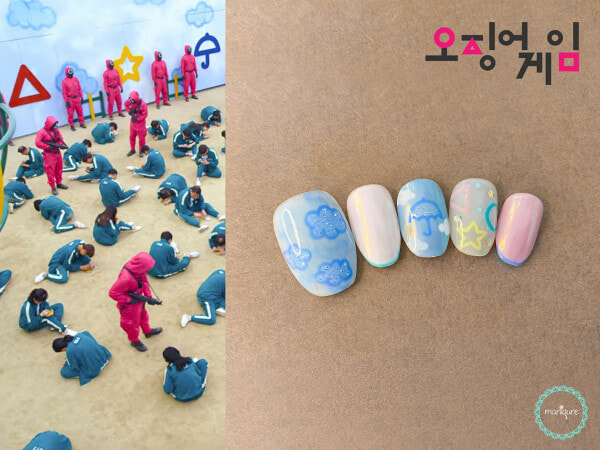 Taking inspiration from the 9th episode, this design illustrates how the players are all playing their traditional childhood games. 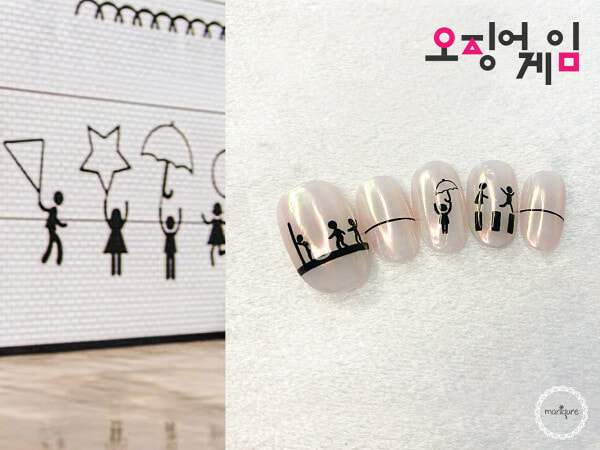 If you’re feeling gothic and dark, this design with the red jumpsuit crews and the black coffin with a pink ribbon which is used to carry the dead might win your heart. 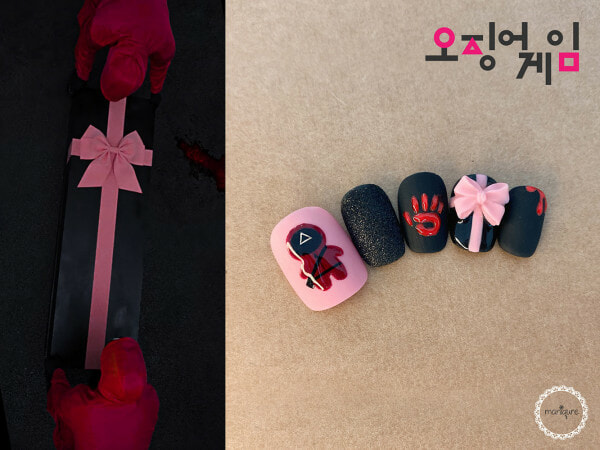 According to Maniqure’s Facebook post, all you have to do is to play a game with them. If you win, you get a free Squid Game nail art. However, losing the game means you have to pay the original price. The game, however, is not mentioned. The nail arts can also be purchased online.

You can visit their official website or their Instagram page to browse more designs other than Squid Game. Additionally, you can also contact 012-7570152, or 012 347 0152 for the Kota Kinabalu outlet in Sabah for more information.

Also read: Wanna Look Kawaii? Here Are 10 Cute Must Have Japanese Fashion Accessories You Can Get In KL 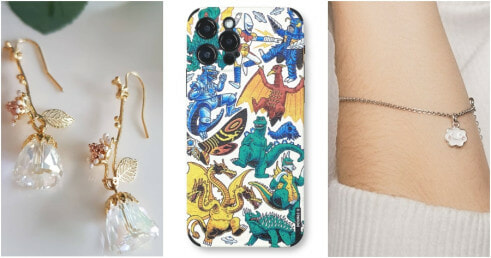