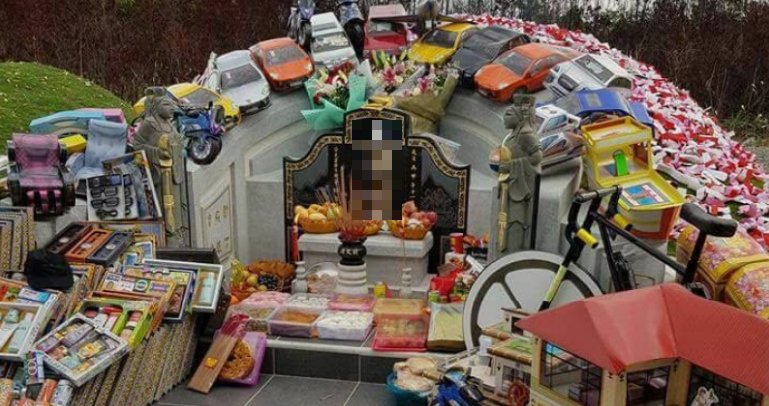 In case you didn’t know, Qing Ming Festival takes place on April 5 this year and this festival is usually known as Tomb-Sweeping Day. This day is observed by the Chinese community where people usually visit their ancestors’ graves and give them offerings. 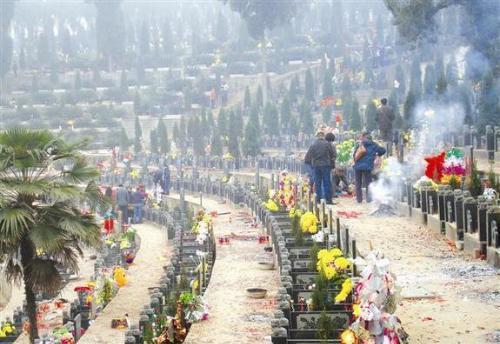 Generally, these offerings include things like paper houses, hell money, paper clothes, paper gadgets, paper cars, and more, which are burned as gifts for their ancestors. The more items you can burn, the more riches your ancestors will receive. But these things aren’t exactly cheap to buy!

You can see all sorts of incredibly realistic things given as offerings during this period and there was even a replica of a bank getting prepped for burning. However, they may have just lost to this person, who attracted the attention of netizens with their super generous offerings. 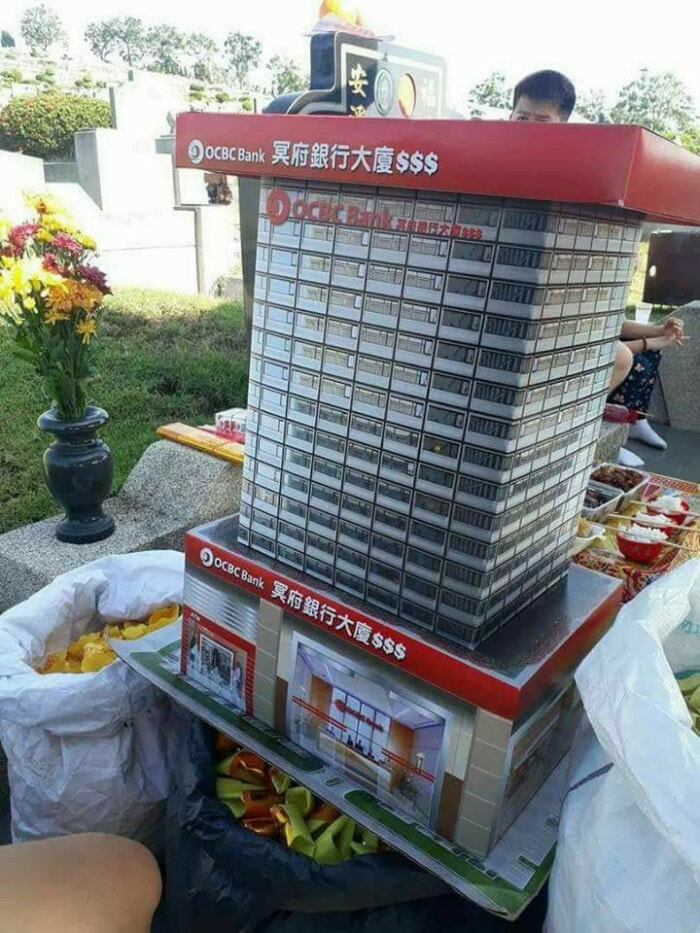 According to Sinchew, this ancestor’s grave believed to be in Taiwan was piled with paper offerings which would probably make their ancestor extremely rich. Among some of the items that were arranged neatly around the gravestone included at least 10 luxurious cars, a yacht, a few superbikes, lots of gift boxes and tons of shoes. Wow!

That’s not all, the thoughtful relative also prepared a lovely three-storey villa complete with servants to ensure that their ancestor would have a comfortable afterlife. Netizens commented on this display of filial piety and said that the descendant should have burned some parking lots as the ancestor might not have space for their luxury cars. 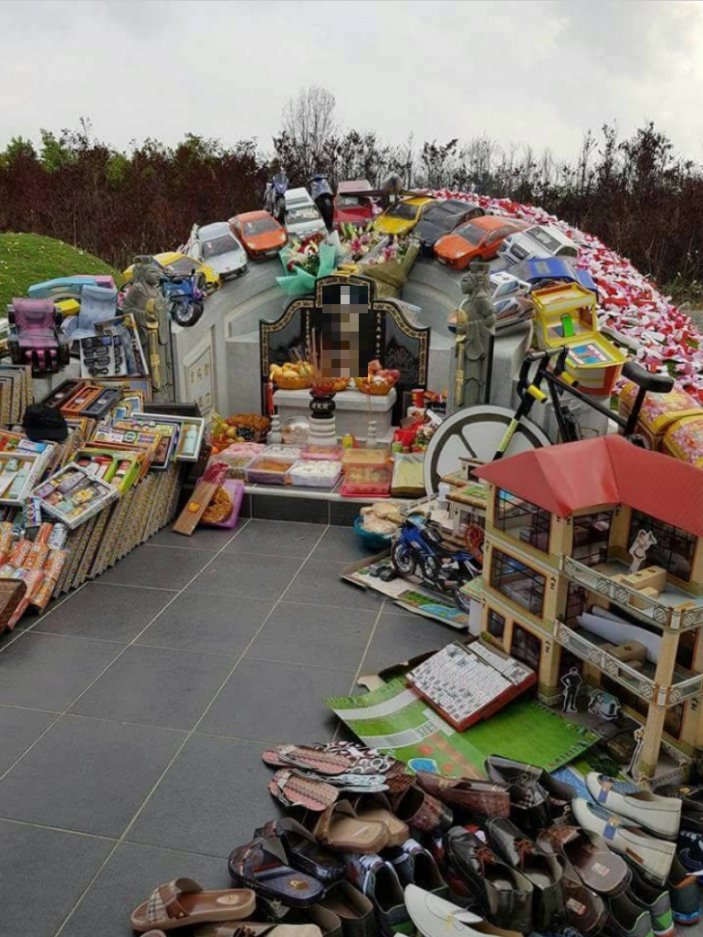 In fact, some of them said that for next year’s Qing Ming, there might even be the appearance of private planes as offerings! Maybe airports too?

Well, that relative would have probably received a lot of blessings from their ancestor because of this! 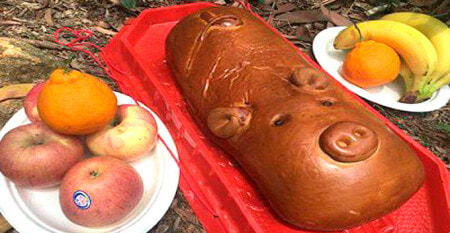