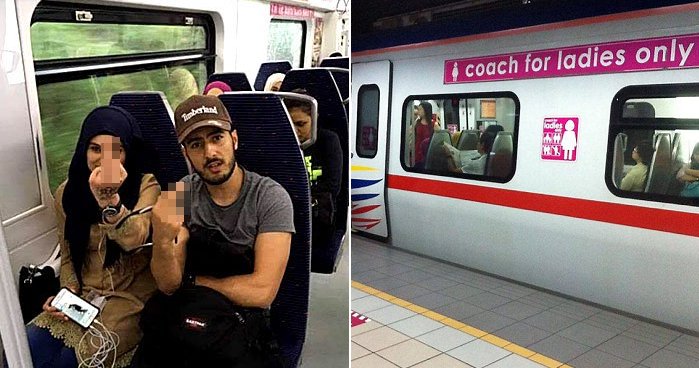 Two months ago, a netizen posted a rant on Facebook about men exploiting the KTM Berhad (KTMB) ladies’ coach and women choosing to stay silent about the issue. That post had caused a stir on the internet as many women felt strongly on the matter. Why wouldn’t they? Their rights are being exploited, after all!

So, one would think that as incidents like this go viral, it would not happen again but unfortunately, it has happened once again.

According to FMT, a netizen recently posted a picture of a Middle Eastern couple sitting in the ladies coach. 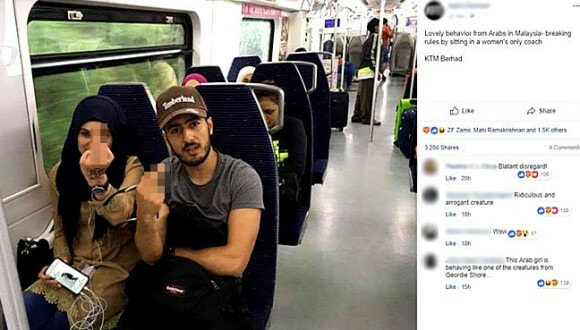 When the couple were told that they were sitting in a ladies-only coach, both of them proceeded to flash their middle finger at the netizen. Rude, much?

Like any person, she then took a photo of them and uploaded it to Facebook accompanied with a caption that read;

“Lovely behaviour from Arabs in Malaysia – breaking rules by sitting in a women’s only coach.”

However, the post has been taken down ever since it went viral.

If you think that the netizen was just overreacting and shouldn’t fuss about men sitting in a coach that’s meant for women only, think again, because it’s NOT okay.

After all, this problem has been going on for far too long.

Previously, another Facebook post also showed a girl standing in the ladies coach holding onto a pole because men had dominated all the seats on the train.

“This is what happens when there’s no civic consciousness. Is this a men’s coach or a ladies coach?”

Similarly, another picture on Facebook showed a woman seated on the floor whilst the men sat on the seats. How ignorant of them! 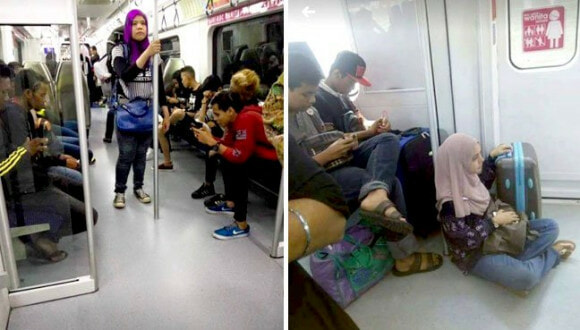 Meanwhile, at the KTMB Batu Caves station, men have been seen dominating the seats in a coach that read “KOC UNTUK WANITA SAHAJA (Coach for ladies only)”.

This picture was later shared on Facebook with a caption that read;

“A ladies coach monopolised by males.” 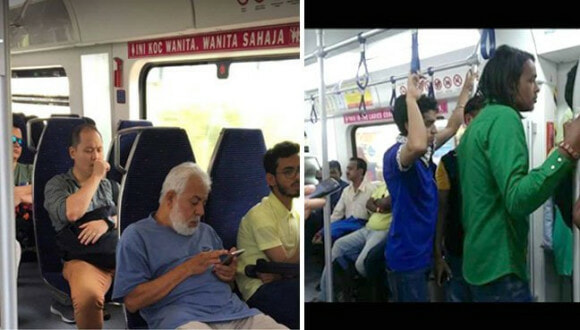 With this problem on the rise, FMT conducted a survey in 2016 to find out when exactly do these men board the ladies coach and it was revealed that they do so during peak hours, with the timings as follows:

Well, we certainly hope that men would understand that the ladies coach is meant for just women, to protect them from any harm that may happen while commuting. Which is why men ought to stop exploiting and disregarding women’s right! It’s only respectful!

Also, we hope that KTMB will take serious action against men who choose disobey the law and commute on the ladies coach. 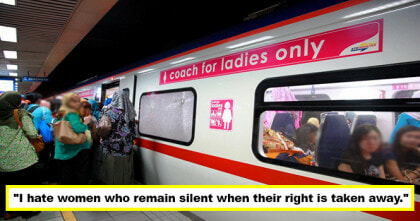