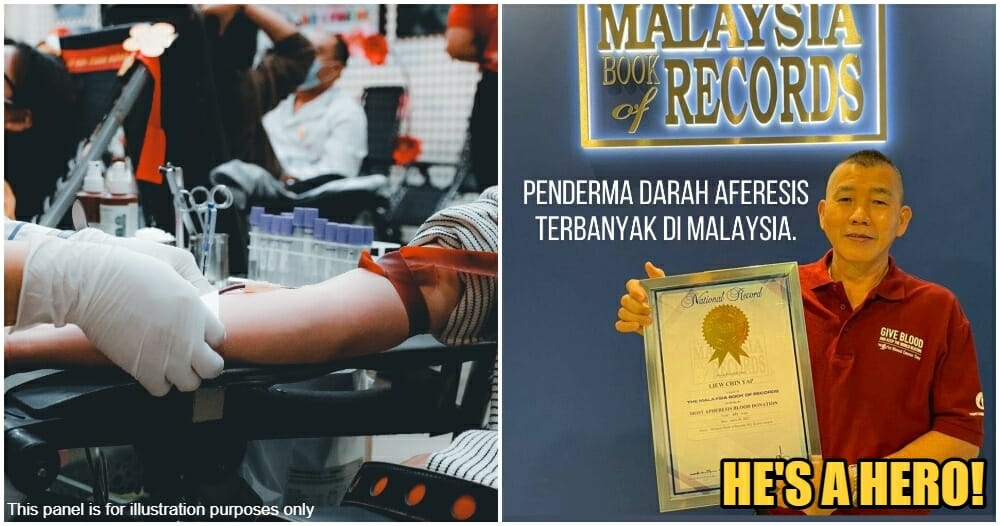 When was the last time you donated blood?

Well, for the last 30 years, this Malaysian named Liew Chin Yap has been donating components of his blood consistently through apheresis blood donations.

His goodwill has been recognised by the Malaysian Book of Record and he was named the individual who made the most apheresis donations in Malaysia. Up to 18 April, he has made 632 apheresis blood donations! 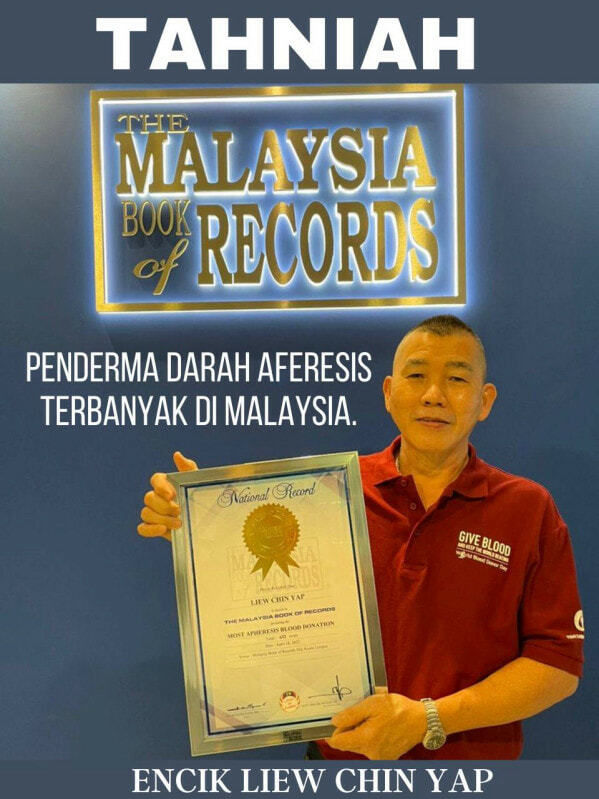 His blood donations started when he followed his younger sibling to a blood donation campaign in 1992, reported the National Blood Bank on Facebook.

After knowing that the blood for patients in need can only be from donations, he was inspired to consistently donate his blood for 30 years.

The National Blood Bank has congratulated Mr Liew for his consistent contributions that have saved hundreds and even thousands of lives.

Many netizens regarded Mr Liew as a hero and were very inspired by him.

“I am just done with my 211th time, will need to wait 20 more years so I can beat the record. Only if I have a long life and good health though.”

“This man is a national saviour that should be given the title of Dato but there are many others who get the title instead.”

Mr Liew is certainly a hero! We hope that he will continue to be dedicated to donating his blood and inspiring others to do the same.

Also read: This M’sian Is One In 43 Individuals Worldwide With The Unique ‘Golden Blood’ Type! 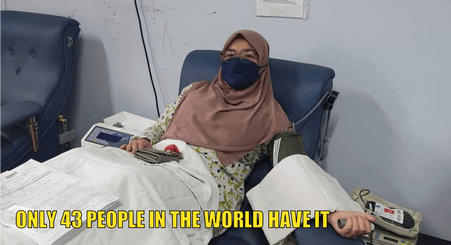