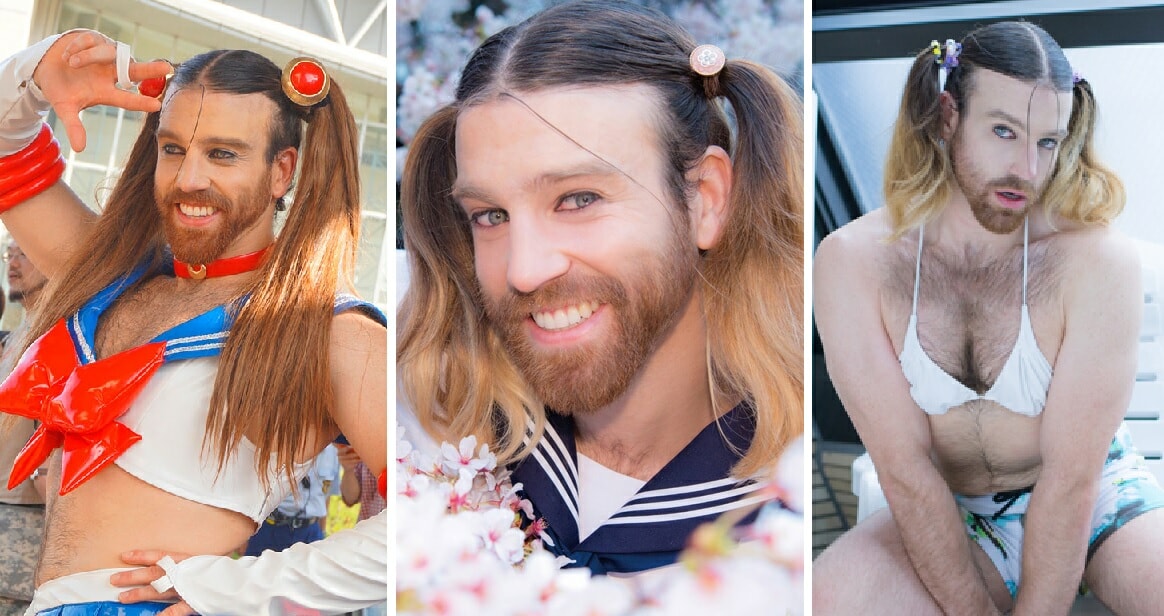 Meet Ladybeard, a bizarre sensation that is taking the internet by storm. Ladybeard’s real name is Richard Magarey, an Australian who loves acting, wrestling, martial arts and singing metal songs all while doing it in a dress. And that itself is the perfect recipe to fame!

“I’ve been wearing dresses to parties and rock shows for years. It’s good fun, and everyone has more fun when a man in a dress is at the party,” he said to Tokyodesu. “I’ve also been attacked several times, but I don’t think that reaction could be called strange, at least not in Australia.”

He moved to Hong Kong when he was 23 to pursue a career in kung fu movie. Since he did martial arts, he got into stunt training. “I’ve always had an interest in pro-wrestling because it combines all the things that I love – acting, martial arts, character performance, and everything” “When I began wrestling I decided to wear a dress in the ring and make Ladybeard my ring name too. Everyone loved it.”

“After I started wrestling, I still wanted to sing heavy metal, so I kept the same character because I already had a fanbase for it. I was doing metal covers of Cantonese pop songs while wearing a dress.” “After every show people would come up to me and say, ‘That was crazy, you should go to Japan because the Japanese would love this’.”

And were those people right! He was featured in multiple Japanese magazines and was offered to form a kawaii metal band with 2 teenagers, known as Ladybaby.

Ladybeard, Rie and Rei released their first single last July and are since on tour! 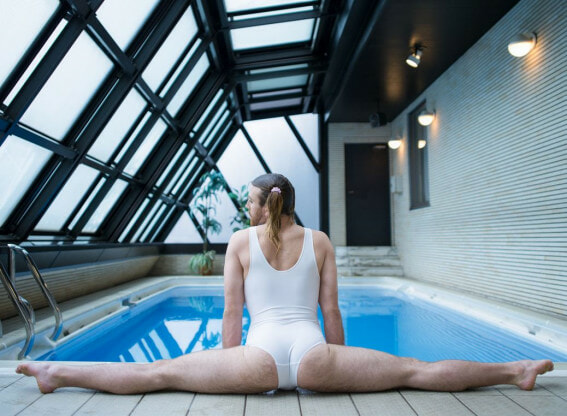 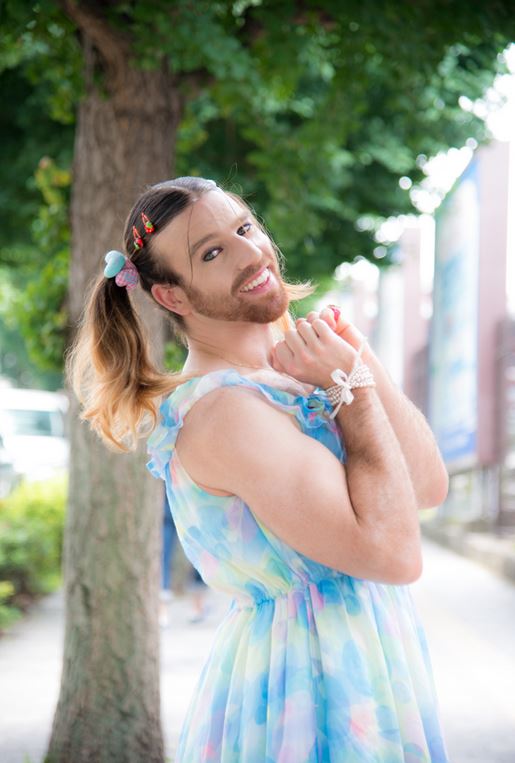 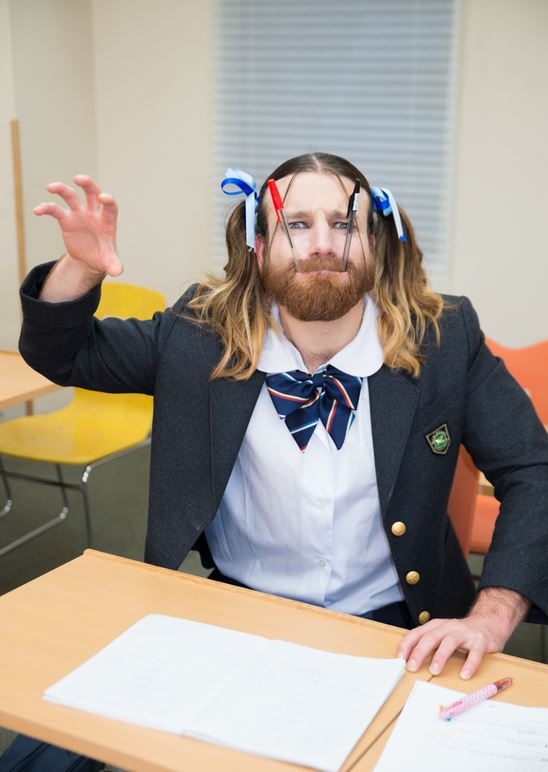