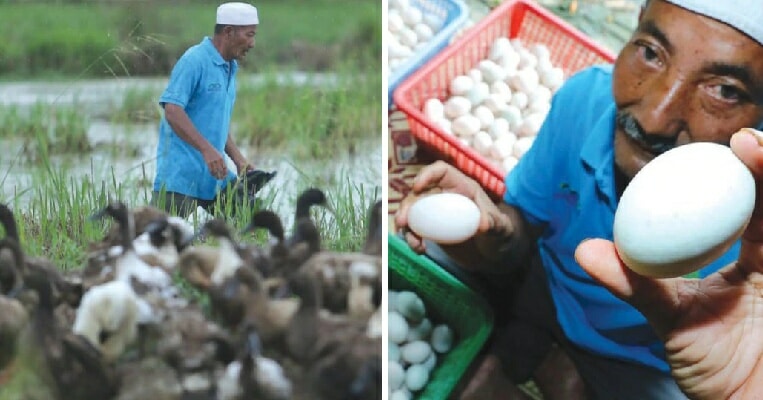 Being able to earn five figures a month as an ordinary citizen is very impressive and for most people, we probably have to climb up really high in the corporate ladder before we are able to achieve this. For this man in Pasir Mas, he managed to earn a comfortable salary by just selling duck eggs and it was all because he was diligent and hardworking. 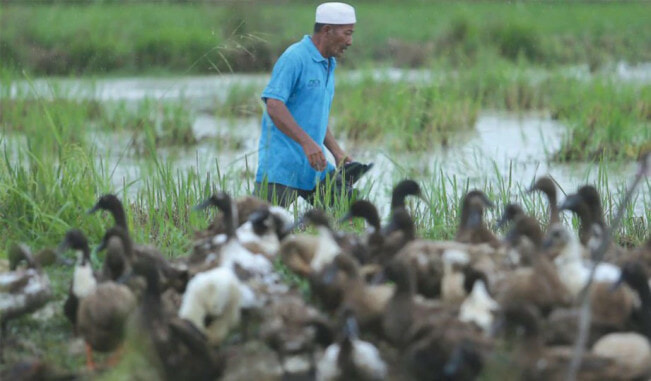 According to Sinar Harian, Che Hassan Che Mud, 59, had been keeping ducks since 2013 and because of this, he managed to break free from poverty to create a better life for his family. He started by receiving some help from the Program Azam Tani, which is from the Malaysian Agricultural Research and Development Institute (Mardi) and got 50 ducks to start his business.

“In the beginning, I only had 50 ducks and I would process the duck eggs into salted eggs for sale throughout the village. When I was more experienced, I added to my flock so that I had a total of 100 ducks,” he said. The former farmer was pleased to see that he could earn more money by selling duck eggs so he started to pour his heart and soul into ensuring that his business would go well. 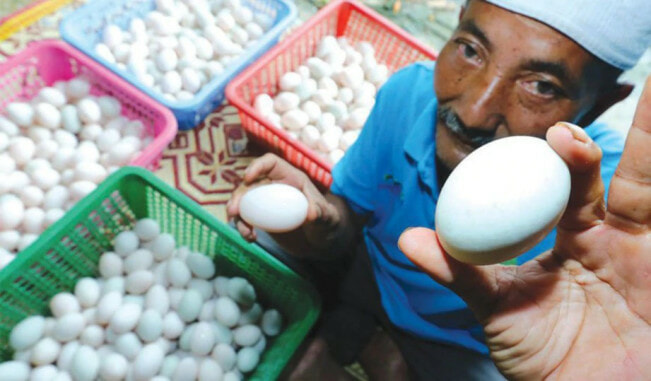 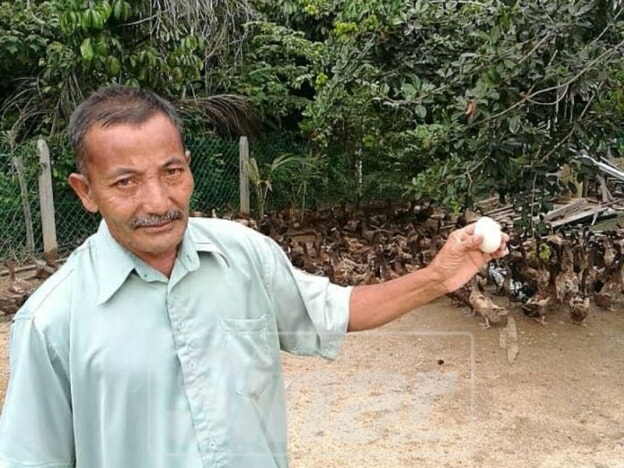 Now, he has more than 2,000 ducks in his flock, which he keeps in several barns near his house in Kampung Bayu Lalang and his income has increased tremendously. Before this when he was a farmer, Che Hassan said he only earned RM600 a month.

However, he now earns RM12,000 a month by just selling raw duck eggs and salted duck eggs. Wah, so much! His wife plays a role in his business too by marinating the duck eggs to be prepared to be sold to various vendors around Pasir Mas and Tanah Merah.

That’s really awesome for Che Hassan to be able to earn so much! Time to hustle, peeps! 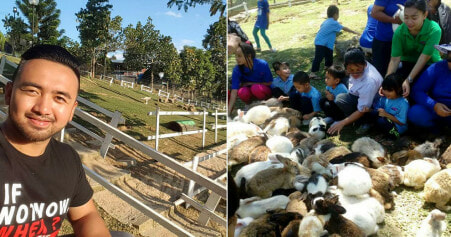