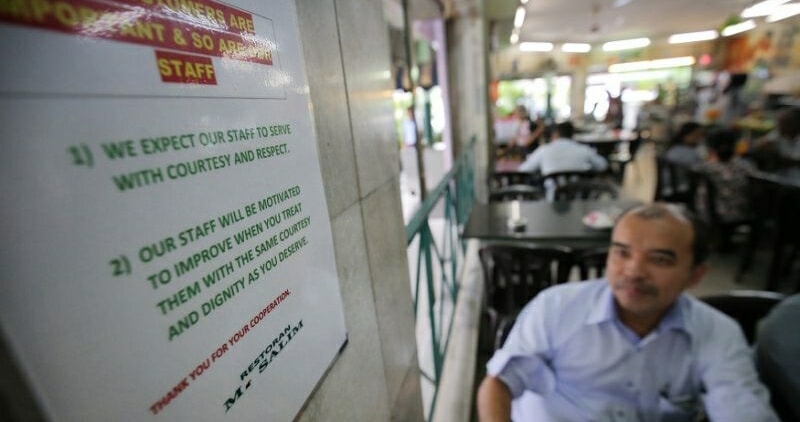 For those familiar with the Malaysian F&B scene, will almost on a daily basis deal with a difficult customer.

From those sporting a permanent frown to those in a constant state of dissatisfaction, these patrons from hell are surely a peeve to servers/restaurant owners everywhere. 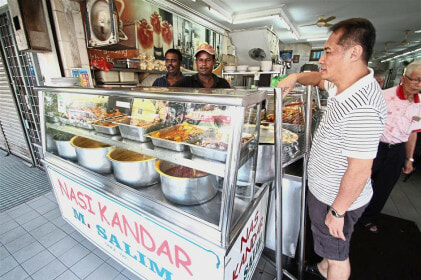 Batcha took it upon himself to share with Malay Mail, a few tips on how to deal with customers who think that they are above everyone else, and expects to be treated like one.

Speaking in his restaurant at Jalan Yang Kalsom, Batcha said: “from verbal abuse, some of my staff were also physically abused such as getting slapped by customers.” 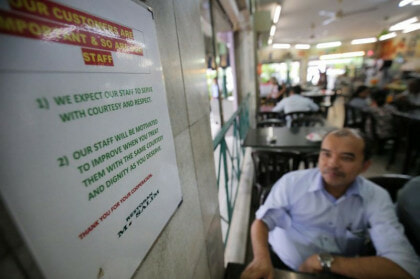 “They will throw a fit when their food arrives late,” he said, adding that some customers even hurled racial slurs at his employees, most of whom came from India.

Unable to tolerate the abuse face by his employees, Batcha sought to put up plastic and laminated signs on the tiled walls of his shop to remind customers that the staff were human too. 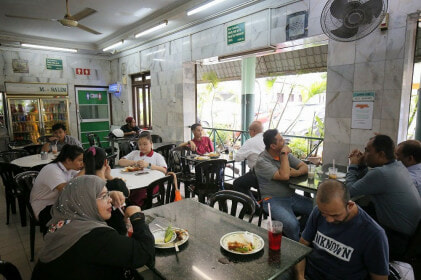 When asked of the effectiveness of these signs, Batcha said: “No, but at least the frequency has lessened”.

It is never okay to look down on another, no matter how less well-off they appear. Ismail Menk once wrote “Remember, the one you look down on today might be the person you have to look up to tomorrow. Such is life!” 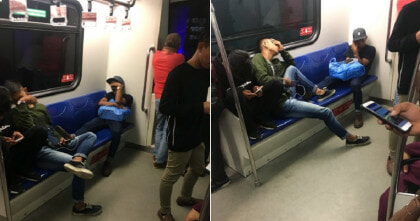