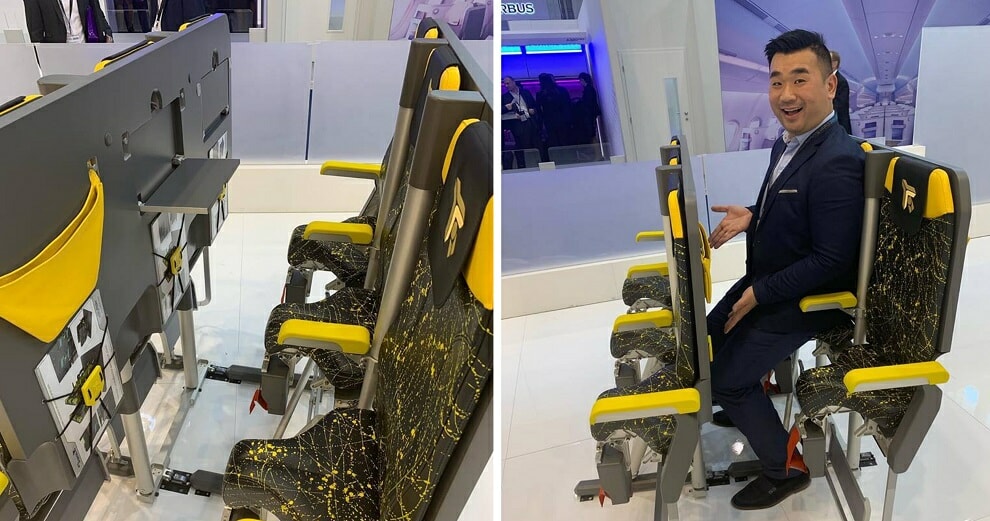 “The message is, we do not want to put thousands of people in the cabin, we want to offer a multi-class configuration, which is nowadays impossible if you want to reach the maximum load of passengers.”

Not April Fools! Will this be the next Economy Class seat? I think I can survive for max 45 mins flight on this. 🤪 Check…

Perugini explained that for airlines to reach maximum capacity they would need to fill their aircraft entirely with economy seats. The Skyrider helps airlines by “cramming” their economy seats with these standing seats. He added,

“So that means that in the same cabin, you will have the standard economy, premium economy or business class and ultra-basic economy — which is an innovation for the airline and the passenger. This is the true reason for the Skyrider.”

The Skyrider was first designed in 2010 but encountered structural issues that needed to be rectified. A second version was revealed in 2018, with a pole added to its prototype to keep the seats stable. However, the latest version has done away with the pole.

Perugini also acknowledged that the seats are definitely not the most comfortable for airline passengers, but stressed that the Skyrider could be used on shorter flights. 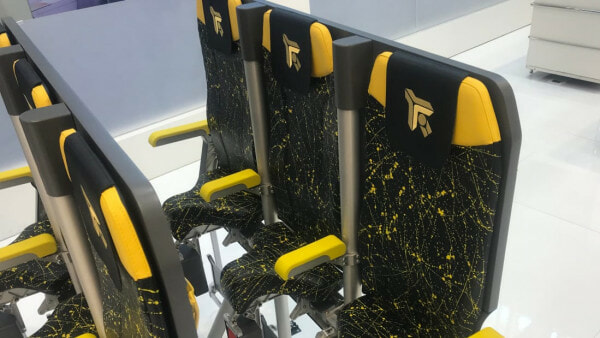 “I will be honest, I don’t think that somebody is happy to stay eight or ten hours in this configuration. In the short haul, if you want to save money, you can hold this — not fully comfortable position — for a couple of hours. I think the majority of the people will accept this on a couple of hours flight, a three-hour flight.”

However, these seats received some backlash from social media users, who stated that such seats would be far too uncomfortable for any flight, even if it was for a short time.

What do you think about the Skyrider? Is it a viable and cost-effective option for short haul flights? Let us know in the comments section! 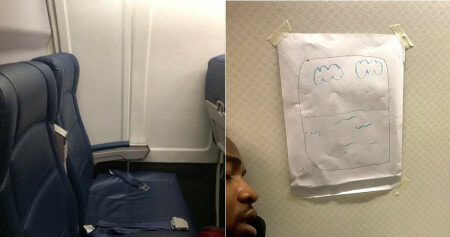