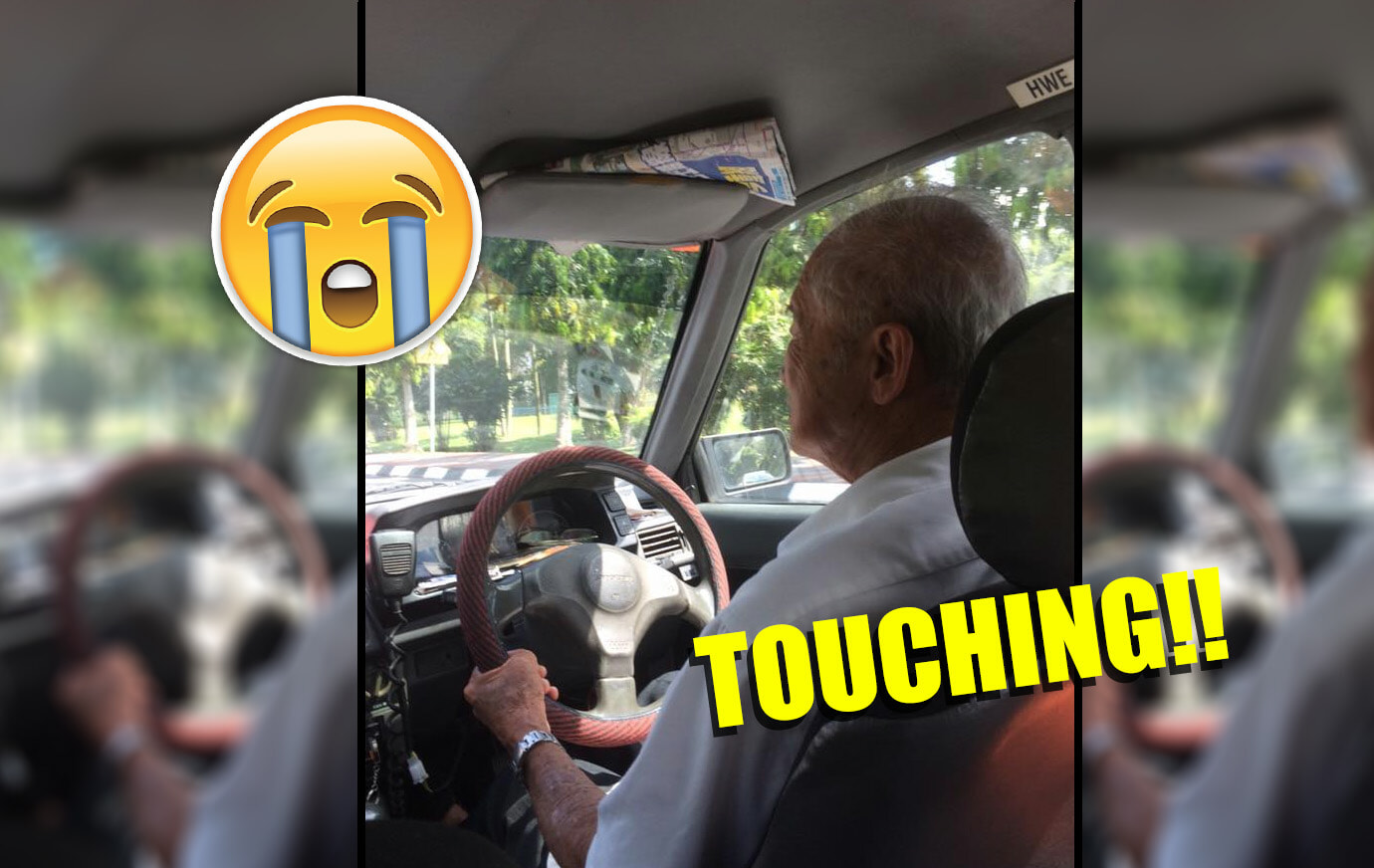 A few days ago, facebook user Jackson Gan decided to take a taxi. When he got into the car he was surprised to see an old man behind the wheel. He talked to the old man while heading to his destination, and learning the man’s story will change your view on life.

He lives a simple life, but not an easy one. He has a wife, 4 daughters and an adopted son. His wife went into a stroke and is now in a hospital under care. Two of his daughters doesn’t really care or bother about him while another daughter also suffered from a stroke. That daughter stays at home while he takes care of her.

His biological son got into an accident when he was younger and passed away, while his adopted son was bought from someone to take care after the son’s passing. However he’s lazy, and only plays everyday.

In that short 10 minutes, Uncle said that being healthy and happy is all life need.

“Everyday my aim is to reach RM100. If I finish work early I’ll go to the hospital to visit my wife. I’ll talk and laugh alongside her bed and then go home to take care of my daughter.”

He said, his goal in life is to earn RM100 a day and by that, he’ll already be satisfied.

When I saw his smile, I couldn’t compare myself to him. Currently, his aim can be accomplished rather quickly everyday. So he can happily go accompany his wife.

A lot of people have their own aim, but lack the strong determination.

Actually we are all useful people, but why do we underestimate ourselves? There’s no good or bad jobs, it only depends on how you look at them only, because we can be just like uncle, to look at things with more simplicity. Yet we choose to be complicated.

Before I left, I gave him extra for the fare and told him, “uncle, keep the change. I want you to finish work earlier today. It’s easier for me to earn back anyway.”

Uncle kept thanking me and finished his work earlier again. That kind of happiness, really left me at a indescribable satisfaction. I’ve seen a short video like this before, only today I’ve finally did it for myself.”