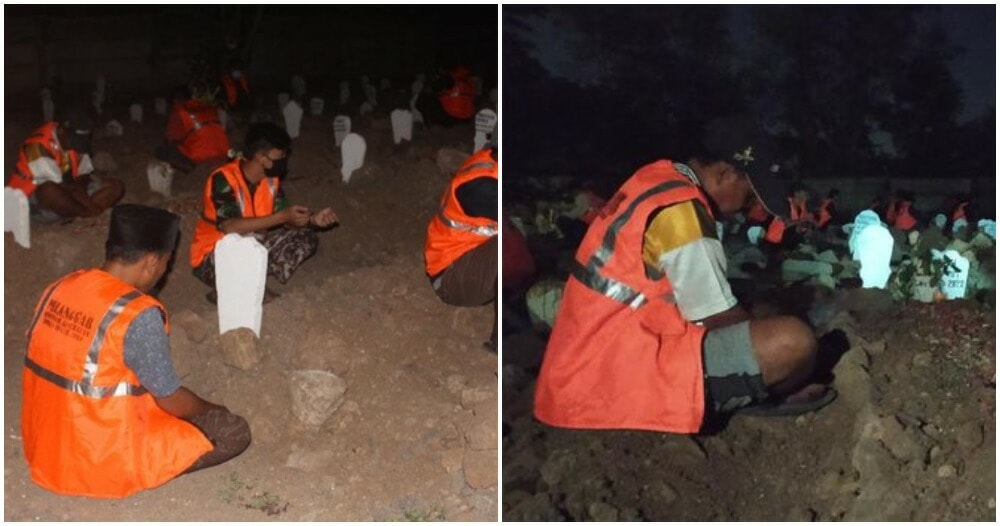 Covid-19 has now infected 27 million people in the world and governments are now doing their best to come up with some SOPs to curb the spread of the virus.

In Indonesia, the authorities are taking a different approach to people who do not abide by the SOPs. 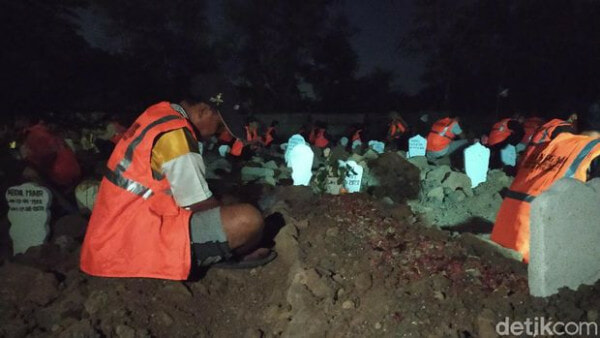 It was reported by Detik.com that the authorities have detained 54 people who did not wear masks in public places in East Jawa.

These 54 people were then brought to the graves of those who have passed away from Covid-19. They were forced to sit next to the graves from 11.30pm to 12.15am to pray for them.

After they seated down beside the graves, the lights were turned off and they were asked to start their prayers. They were not allowed to leave straight after that but instead were told to sit there and reflect on their mistakes. 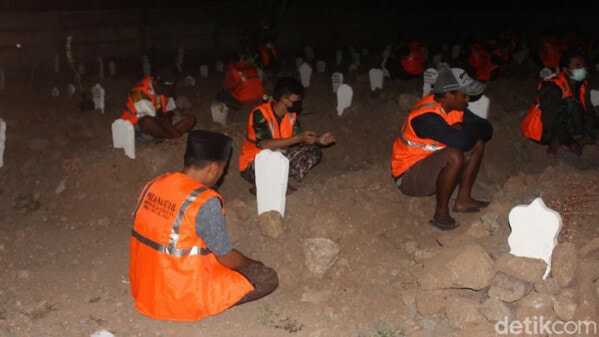 The head police of Sidoarjo said that this punishment will be a lesson to those who don’t wear their masks during the pandemic.

“This punishment is purposely done to make sure that the community understands the importance of wearing a mask.”

In other news, a man who did not abide by the SOPs was then put into a coffin to reflect on his choices, according to Kompas.com. He was asked to come out after a certain amount of time. The coffin was then sterilised, waiting for the next SOP offender. 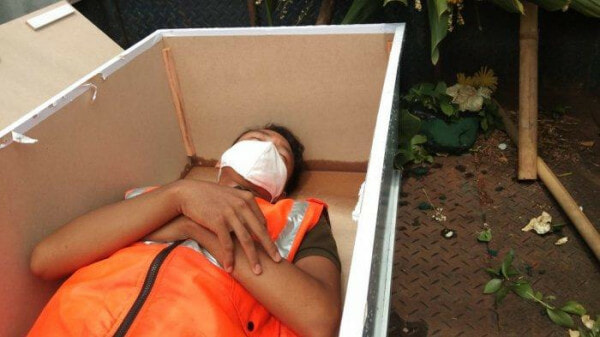 A more practical punishment was done in central Jakarta where the SOP offenders were asked to sweep the streets for an hour each. During that time, they would have to don a bright orange vest that says “Pelanggar PSBB” or “SOP offender”, reported Tempo.com. 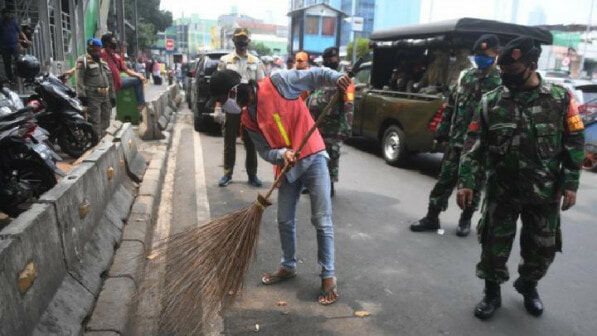 Well, we’re not sure how to feel about the ‘gravely’ punishments but sweeping the streets was definitely a good choice. Maybe our country should adopt this punishment too. What do you think?