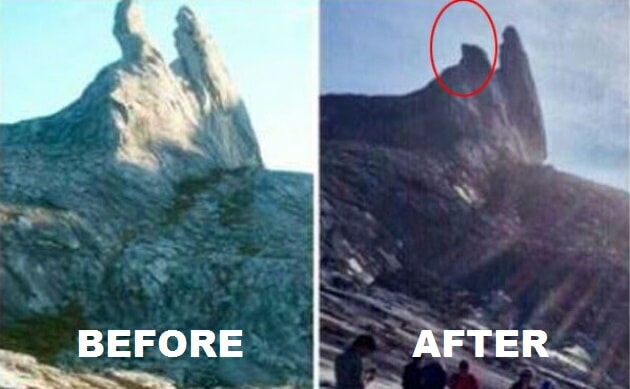 I know that to many Westerners, to those who claim to live in much civilised societies, and to those who staunchly vouch for a modern and ‘progressive’ mode of thought and action, ancestral beliefs and practices are shunned, dismissed, and laughed off as a marker of backwardness as well as ridiculous superstitions that should not have place in our modern world.

In certain instances, this is true. But in this particular instance, I beg to differ.

Undoubtedly, others have considered the cause of tremors that shook our beloved Sabah from three primary angles – cultural and spiritual; scientific and logical; and religious.

I could – though with much less articulation – convey my thoughts on the last two angles. But, here, I’d like to appeal to the angle that touches the hearts of all Sabahans no matter their creed and colour – the sacredness of Mount Kinabalu.

I am Dusun, though I sometimes jokingly refer to myself as an ‘Orchard’ (the English equivalent that does not capture the essence of who we are as peoples), because I am among those who do not speak the native tongue.

Yet still, though I lack the oral knowledge, my elders made sure that the youngsters in our family would still be connected to our roots, and they do this via storytelling the various myths and legends that surround our mountain.

To us – and Sabahans in general – the mountain is not simply a peak to be conquered. 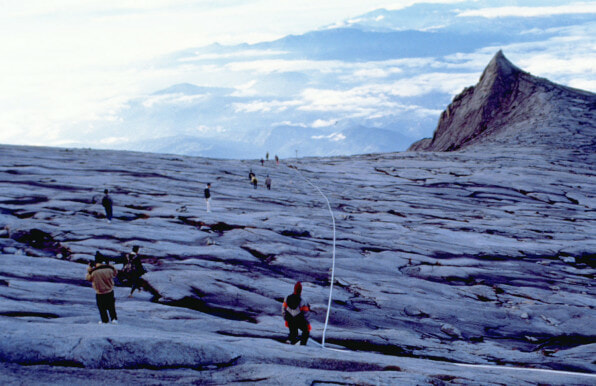 She is ‘Aki Nabalu’, which means “the revered place of the dead”. But I prefer the description my grandma – a mother widowed at a young age – told a young me as she looked longingly towards the mountain, “The place where your grandpa has his holidays as he looks down over us to see if we’re okay.”

And this isn’t something we, as a cultural group, and collectively as the peoples of Sabah, consider as merely folktale.

The Dusuns are the ancestral guardians of the mountain, and part of how we still uphold that role, even in times of modernity, is to observe the practices that our ancestors have put in place in order to safeguard Aki’s sanctity.

But we are not selfish people. We want others to be able to bask in pride at her majestic stature, and marvel at her beauty. So, we allow you in. We allow you to scale towards the top of the mountain.

But in return, we too, ask you to respect her.

Respect her for what she represents, and what she means to those whose lives, histories, and identities are so closely bound to hers.

When you – and I point to the group of ignorant tourists in the photo below, and to those in the future who harbour perverse thoughts of ‘raping’ Aki’s dignity – I am going to tell you, that when you chose to perform such a degrading and uncivilised act, you smeared mud and dirt over the faces of not only the Dusuns, but the millions of Sabahans who love Aki as much as her guardians do.

You did not merely offend, but you spat, and you stomped on our faces.

But most insultingly, you mocked our heritage.

You defiled Aki so proudly.

And now, as of today, she is forever deformed.

Though Aki is ‘broken’, and we are saddened, angry, and frustrated, but we are not broken in spirit.

We won’t give you that satisfaction.

PS: I have always put off climbing the mountain with the excuse that she’s never going anywhere. Even the fact that my father and mother, who’ve climbed the mountain approximately 7 and 5 times respectively, was not enough to spur me on. Now, Aki is still standing, but the fact that her physicality has been altered, I feel that when I do climb her in the future, she won’t be exactly the same. *cries*

PPS: If there are those who think that I am essentially saying the cause of the tremor is caused only by the indecent act, then I have to clarify that that was not my intention. As I mentioned earlier, there are three angles – culture, science, and religion – that people posit to give reason to the tremors. And these three angles can be complementary, they can be exclusive of one another, or they can be in contradiction with one another – depending on the individual. For instance, I relate to all three angles and do not find them in conflict as they appeal to myself:

But, like I also stated in the post, I chose to appeal to the cultural angle more because that angle I feel is the anchor and tie that bonds Sabahans best in this matter. This is because the scientific does not appeal to our emotional subjectivities that result from our culture, and the religious could exclude those who (do not) believe in certain faiths.