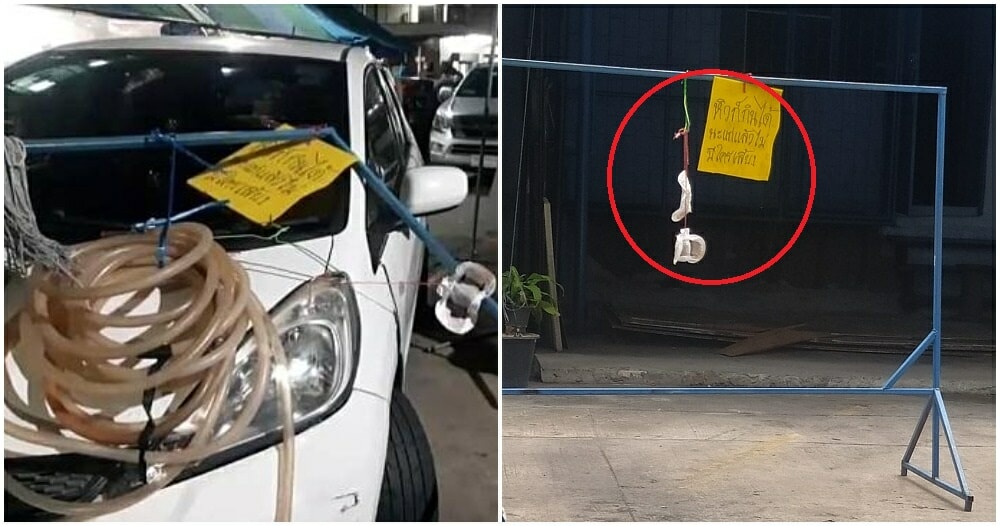 Peace was never an option?

If you’re living in the city, chances are you understand the struggles one goes through just to find a parking spot. No matter how difficult it gets, a practice we should NEVER resort to is to chup the parking spot by standing there to “reserve” the place for someone.

But this woman from Thailand took reserving her parking spot to a whole new level.

Facebook user Panida Thongmanee posted a picture of a bloody sanitary pad on top of a metal clothes rack with a warning note saying “If you’re hungry you can eat it, old maid, who no one looks after!” 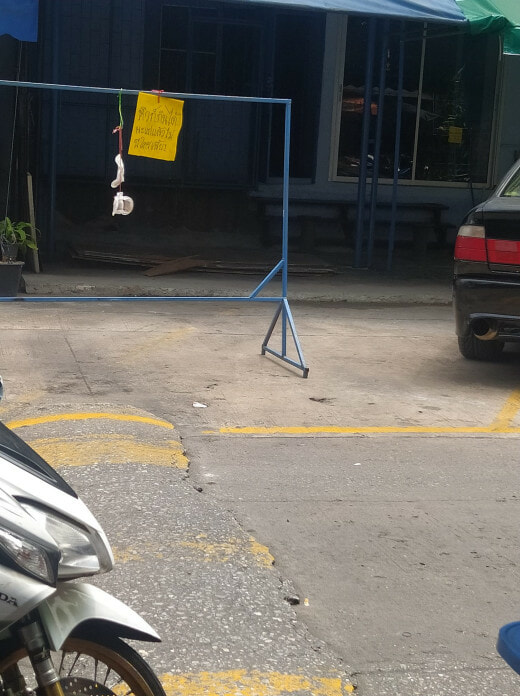 In Panida’s Facebook post, she mentioned that the villagers were sick of this behaviour that has been happening for quite some time. Rat Burana district police chief Patsaphong Boodthai told that the “barrier” was set up by a 40-year-woman called Nang Lek who owns a grocery store, as reported by LINE Today.

Despite the menstrual pad parking barrier, Lek’s nemesis who was identified as a 38-year-old woman, Nang Noi, ignored this and parked her Honda Jazz car there anyway. These two women who live in the same building allegedly have a long and bitter rivalry over the shared parking space. When Nang Lek found out that Noi had parked her car despite the sanitary pad, she flew into a rage to smash Noi’s car and it sustained minor damages. 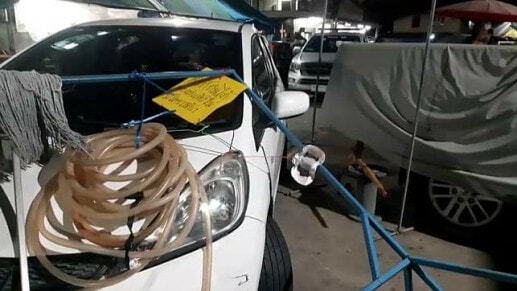 If you think the menstrual blood is too much, this is probably considered tame in Nang Lek’s book as she previously threw faeces at Nang Noi’s car for moving her clothesline and parking her car. Noi retaliated by throwing a tree pot at Lek’s grocery store. Panida Thongmanee who visits the area regularly for their delicious noodles was disgusted by the sight that she complained on social media saying that businesses in the area would suffer if this rivalry didn’t end.

Both women have reportedly stopped speaking to each other and they will be called in to assist police investigations.

What lengths have you seen Malaysians go to chup a parking spot? Let us know in the comments section! 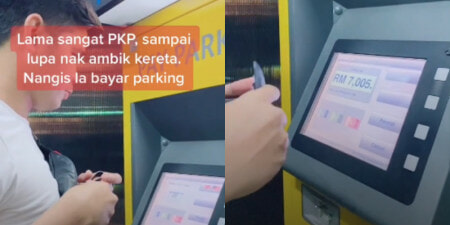