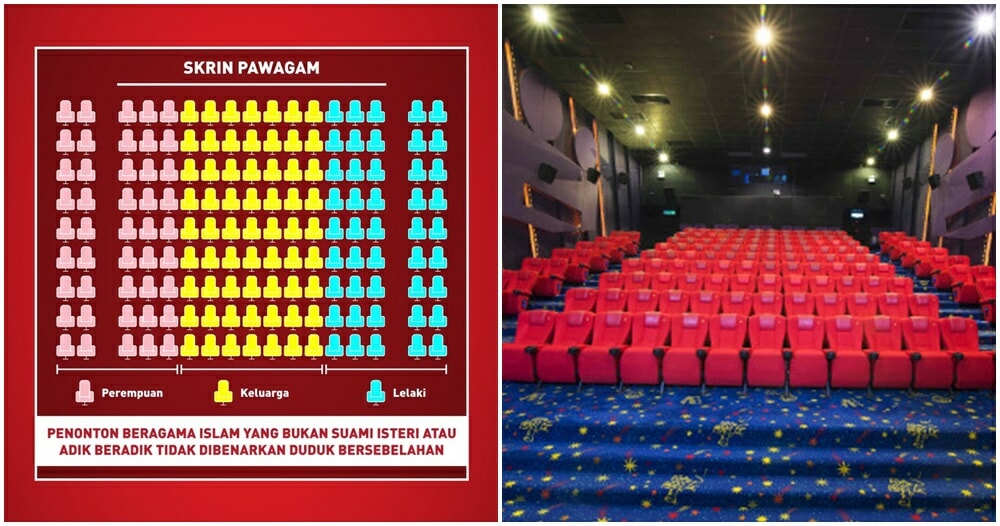 Men, women, and families are now separated from sitting together in TGV Terengganu’s cinema halls according to a guideline that took effect yesterday (3 September). 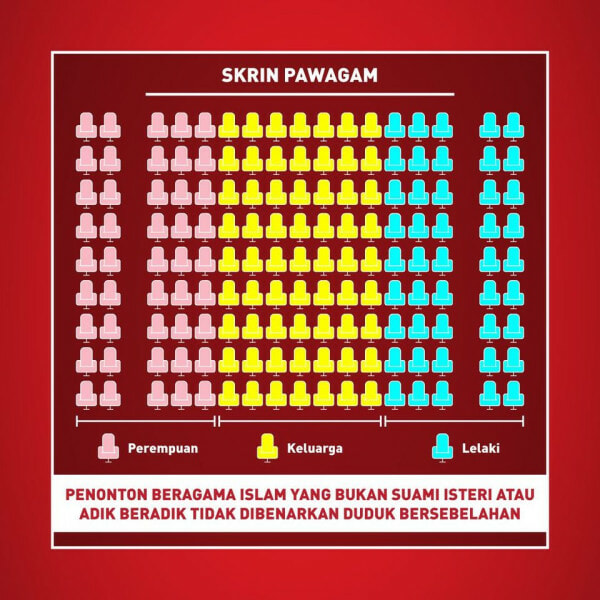 TGV took to their Facebook to announce that the cinema will “implement seating separation according to the categories of male, female, and families, based on the guidelines set by the Kemaman Municipal Council (MPK).” The management also used the opportunity to bring up a couple of reminders for their customers. “Muslim spectators have to cover their aurat. Non-Muslim spectators should dress appropriately and not wear short or tight clothes. Alcoholic beverages are not allowed in the cinema.”

However, it was emphasised that the implementation would only be enforced at TGV Mesra Mall. “We hope you can obey these conditions. Your cooperation is much appreciated,” added the statement. 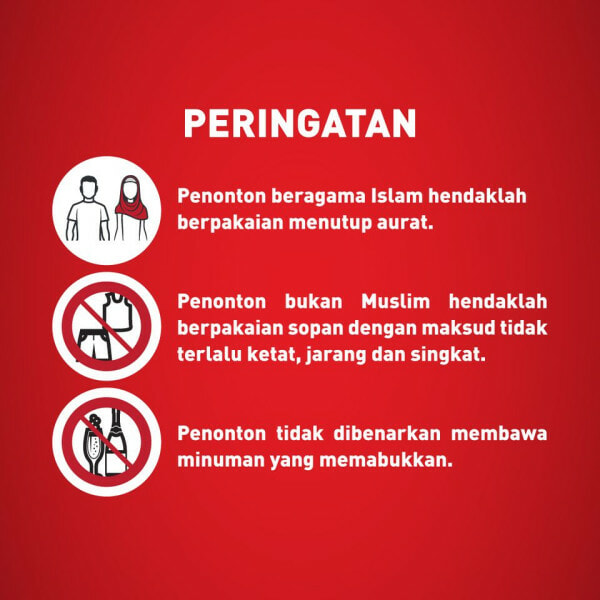 This isn’t the first time a cinema in the state implemented this kind of policy. Back in July, Kuala Terengganu’s Lotus Five Star (LFS) cinemas informed the public of their new gender-segregation seating arrangement.

LFS Cinemas manager, Zulmajdi Razali, said this new rule was introduced “to ensure all activities that are carried out follow Syariah law,” adding that the management is responsible for making sure this segregated seating between men and women will help surveillance in the cinema hall should any suspicious acts of misconduct arise, as reported by Yatim, from Sinar Harian.

What do you guys think of this seating arrangement? Do you think cinemas in other states will start following suit? Let us know what you think in the comments.

Also read: This Cinema In Terengganu Doesn’t Allow Men And Women To Sit Together & Here’s Why 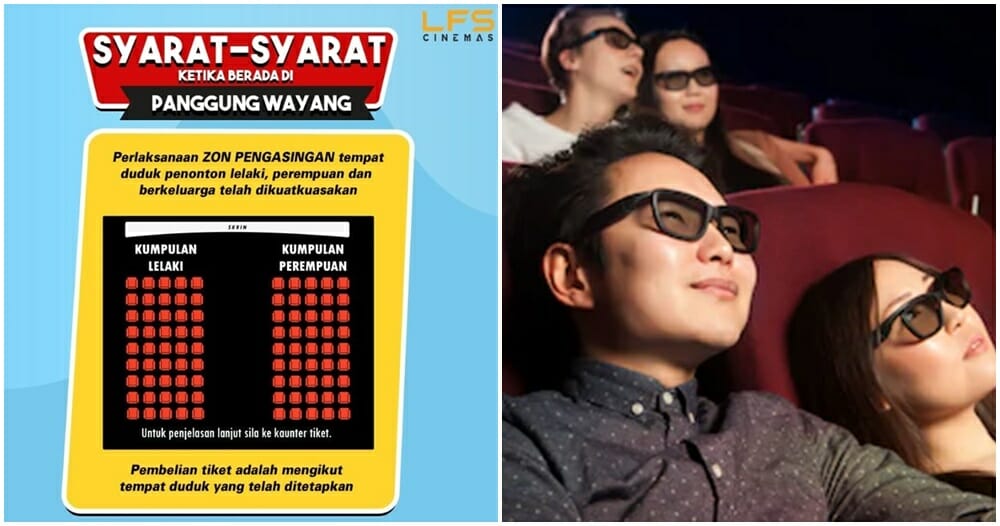