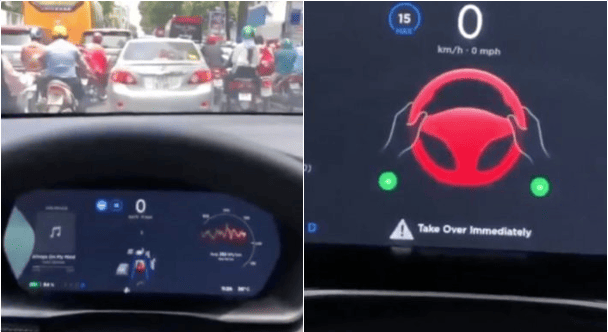 The autopilot capability of a car is always amazing to watch and even better to experience. The current leader in terms of the best autopilot system for a car is none other than Tesla. The brand has a proven track record in which its autopilot system often takes control of the whole car, leaving the driver to sometimes even fall asleep, which Tesla strongly is against because they will initially prompt the driver to never let go of the steering wheel even when the autopilot is on.

The Tesla autopilot system is excellent when dealing with traffic in the US, but can it cope with the crazy traffic in this region? Recently, a video went viral on Twitter, showing the autopilot of Tesla simply giving up as it was too dangerous and the system cannot cope with the congestion and the movement surrounding the car in Vietnam.

I found a video about Tesla's autopilot in Vietnam.
That poor system just gave up. pic.twitter.com/9J3FlL2tsw

Based on the video shared, the sensors installed on the Tesla model was detecting the traffic situation around it and at that time, the car was stationary. For a while, Tesla’s smart sensors tried to detect potential routes to allow the vehicle to continue moving but eventually had to give up before the steering wheel symbol appeared on the display.

Also, the phrase “Take Over Immediately” appeared, instructing the driver to take control of the steering wheel. The car’s sensor also informs that “Cruise control is unavailable” which is a sign that the autopilot cannot work at that time. Whatever it is, unexpectedly, even modern technology has to succumb to road congestion.

From the video, we can learn that the autopilot is only there to assist us and not to fully control the car. We have to keep in mind that AI will often calculate the most logical step to be taken based on the data that has been collected. Hence, human judgment will always be needed, especially when manoeuvring traffic in Southeast Asia. 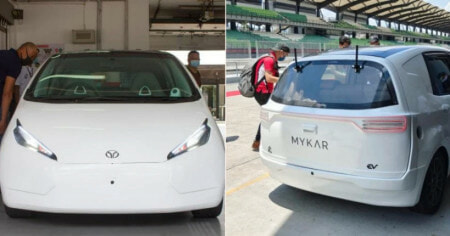