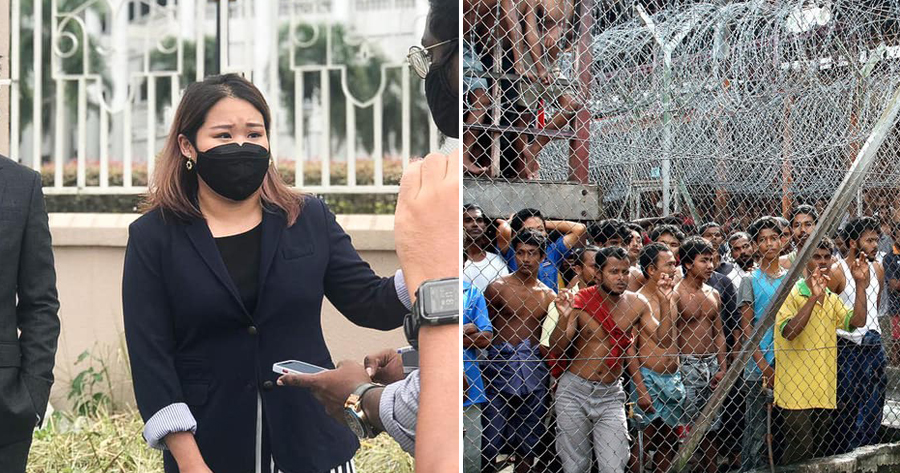 Heidy Quah, the founder of a non-governmental organisation (NGO), Refuge for the Refugees, was charged with improper use of network facilities by initiating the transmission of offensive communications on refugees in Malaysia using her Facebook account.

The 27-year-old pleaded not guilty in the Sessions Court yesterday (27 July) before Judge M. M. Edwin Paramjothy and was allowed bail of RM2,000 with one surety and the court set 6 September for mention. 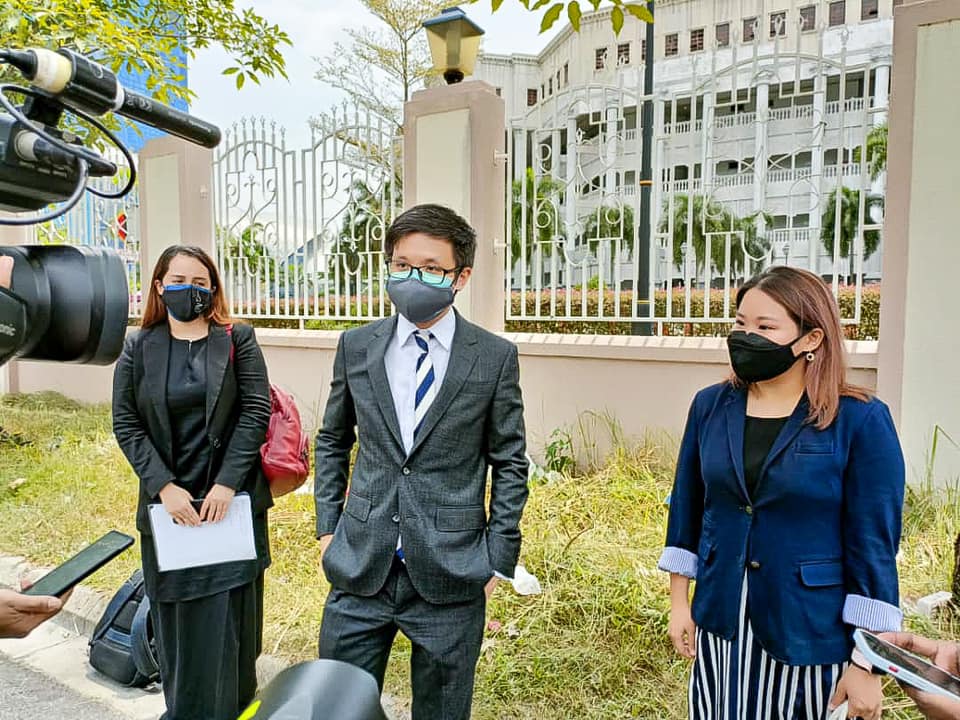 In 5 June 2020, Heidy wrote about her experience when visiting a refugee who was detained. In her FB post, a female refugee told her:

“Cells were so cramped up that they were no place to sleep. Barely any food to eat. No access to sanitary pads. She had to bleed through her pants every single day, and wash it under water that wasn’t clean. Baby had to use a t shirt for diapers. They were also given 2 pairs of pants and 2 pairs of shirts. They had to keep swapping. This means baby wore a wet rag as diapers.
“Immigration officers called me telling me baby needs milk and diapers. I got to her as the store was closing for the day. She was cuffed to the table while talking to me through a plastic wall with holes in it. No idea why they hand to handcuff her. She was already detained – where else could she run? I told her go, buy what you need first, I will wait.
“She walked in, and walked out shortly after. I asked her about the price of things inside. One cup of Maggi hotcup Noodles were priced at a bloody RM12. Throughout her time in detention, she witnessed people die. She witnessed people get beaten up. She herself was beaten up.”
Activist charged instead of investigating and improving the conditions of the detention centre

According to BERNAMA, Heidy was charged with knowingly making and initiating the transmission of offensive communications by claiming refugees at the Immigration detention centre were ill-treated with intent to annoy others in her Facebook post.

She was charged under Section 233 (1) (a) of the Communications and Multimedia Act 1998, which states that the accused can face a maximum fine of RM50,000 or imprisonment for up to one year, or both. The accused can also face a further fine of RM1,000 for each day the offence is continued after conviction.

Her case caused public outrage as this seemingly limits what rakyat is able to speak out about. Many Malaysians pointed out that authorities should be looking into the detention centre instead of charging Heidy. 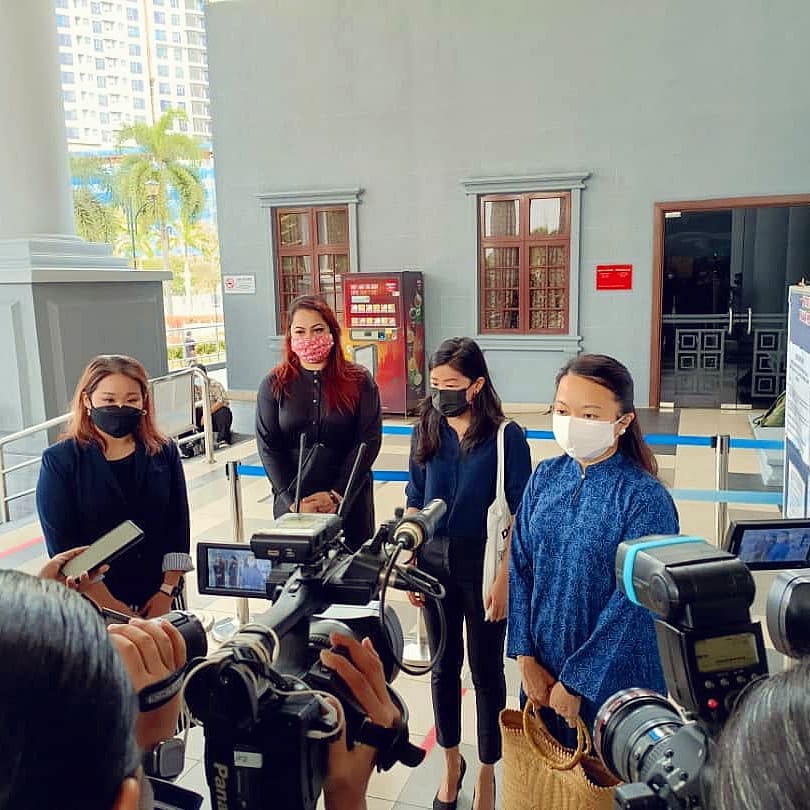 Syed Saddiq also highlighted the issue in a Tweet. “If the government does not want to speak, let the people speak. The truth will prevail,” he said. 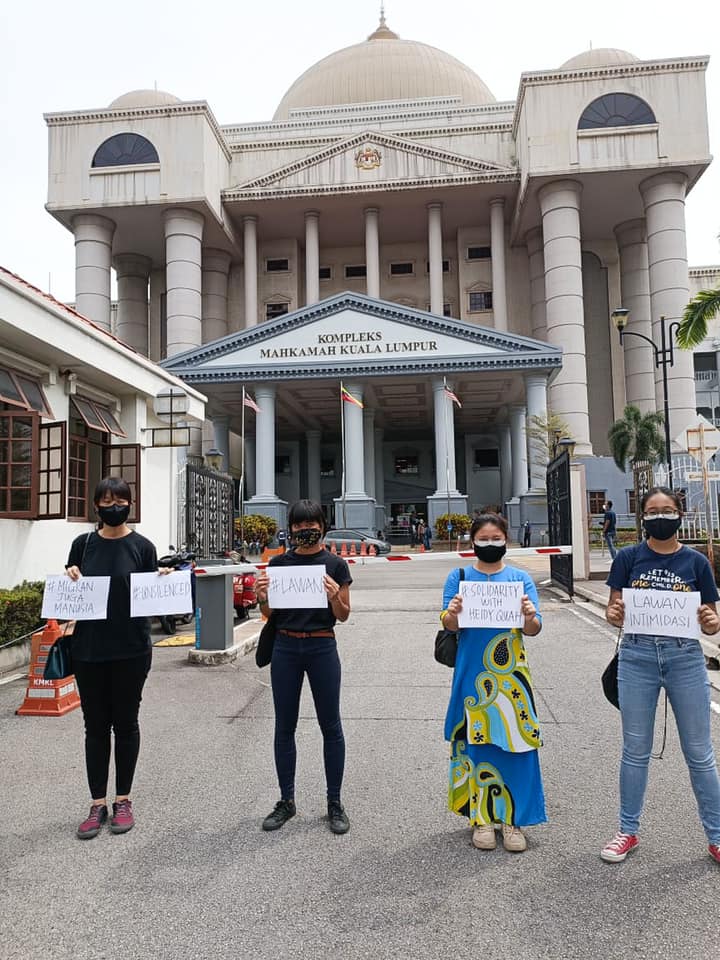 “We should not be silenced for speaking up.”

One day before she was charged in court, Heidy explained that her post was intended to highlight her concerns about the conditions in immigration detention centres and the harm that would be caused by sending more people into these centres that were known to be overcrowded and unhygienic.

“As I head to court tomorrow, I still stand by this – what I spoke up about wasn’t unfounded. In fact, SUHAKAM’s Annual Reports reflect the very concerns I had then, and even now; poor hygiene standards at the depot, abuse, mistreatment, neglect, and poor sanitation, all of which could increase risks of infections and other communicable diseases spreading – something we definitely do not want, especially during a global pandemic,” she wrote. 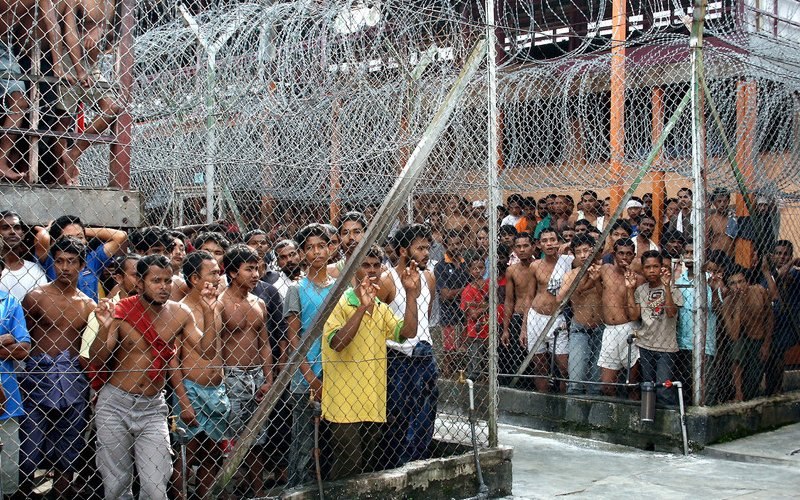 In an update on 27 July after pleading not guilty in court, Heidy said that she was okay and expressed her gratitude to those who showed up in solidarity with her.

“I stand by this – we should not be silenced for speaking up. Telling the truth isn’t a crime. Letting violence happen to the vulnerable is. Let’s stop instilling fear in our youth for speaking the truth to justice. Let’s stop silencing Malaysians who care. Instead of investigating whistleblowers, we need to investigate allegations,” she said.

Despite being charged in court and the ordeals she had to pull through, Heidy said that she is not going to stop working.

“Now, time to gear up – back to bridging the gaps and meeting the needs. My team and I will be providing food aid to 700 families this weekend. Thankful for my fantastic, tireless team who is working harder than ever to meet the growing needs. The work doesn’t stop. We march on.” 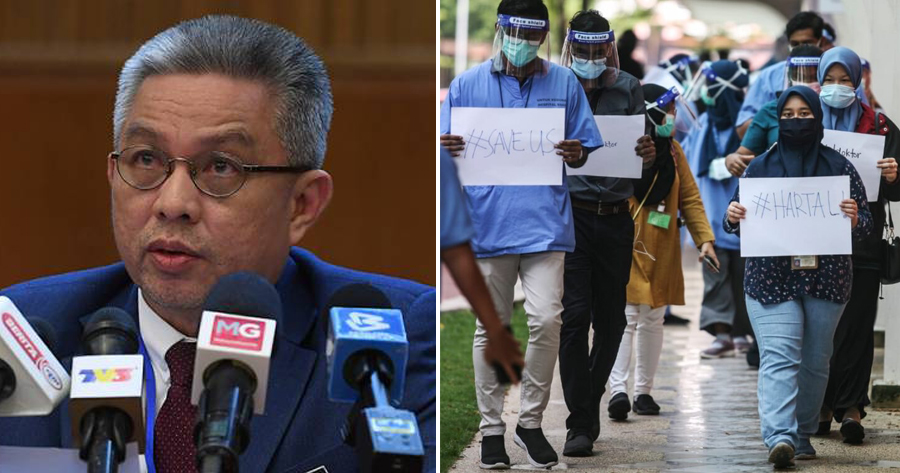