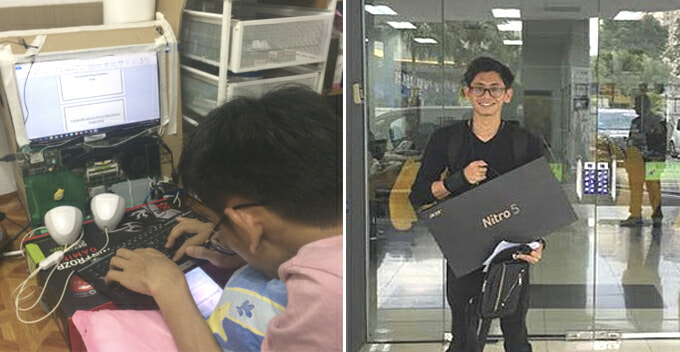 In this digital era, almost everyone has a social media account, be it Facebook, Twitter or Instagram. This means that anything we share on social media has the potential to go viral and reach millions of people, and if you’re lucky, it reaches the right people!

Not so long ago, a picture of a young varsity student using a laptop to work on his assignment went incredibly viral on Twitter because the laptop was in appalling condition. To be honest, we’re not sure if that device is even fit to be called a laptop.

The student in the picture is known as Yeop, and his friend, Herman had tweeted these pictures. 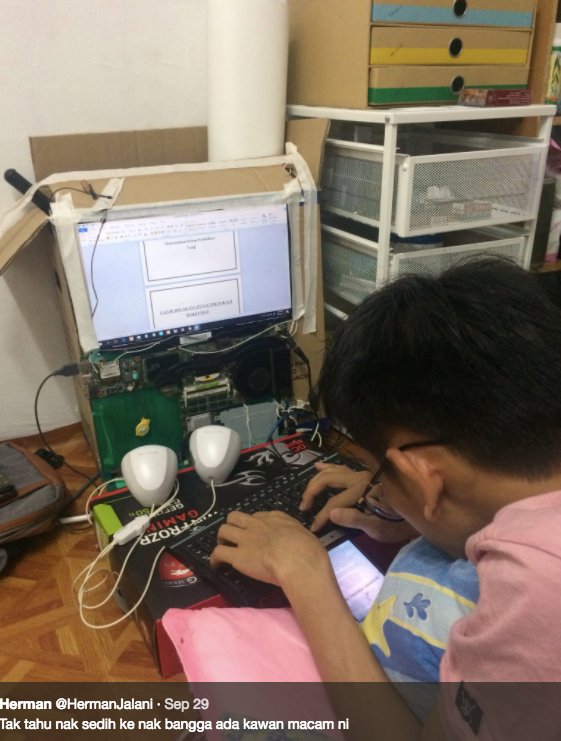 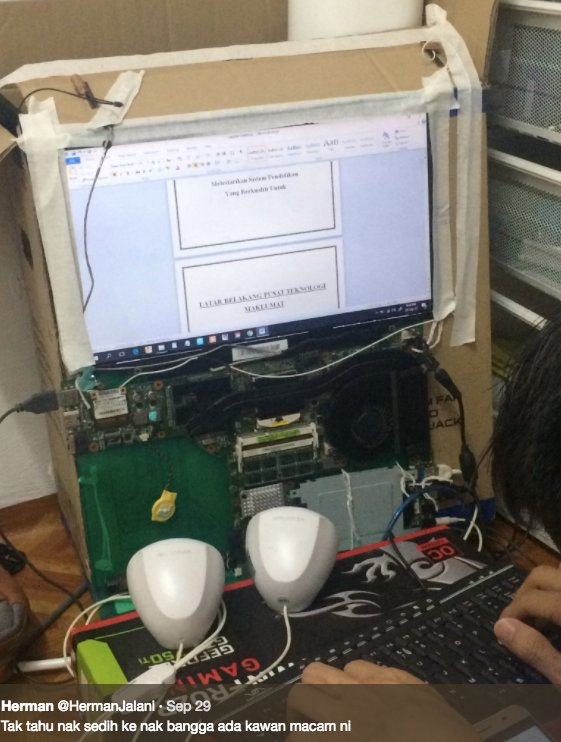 Apparently, the laptop screen was taped to a cardboard box while the keyboard (or what’s left of it) was extended beyond the capability of any normal laptop. This could only mean that the hinges have broken unless it comes with a tablet mode.

Besides, the keyboard cover has also been removed, thus exposing the internal components of the laptop. In order to type, Yeop had to plug in an external keyboard. Thank God the USB port is still working.

In short, the laptop looks like it runs on electricity but relies on a life support machine.

Within a short time, Yeop’s pictures went super viral on social media and even garnered Acer’s attention! Impressed by his determination to finish up his assignments, Acer actually rewarded him with a brand new laptop, Acer Nitro 5. 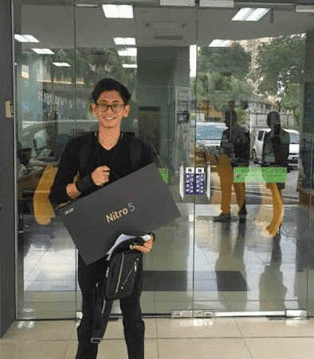 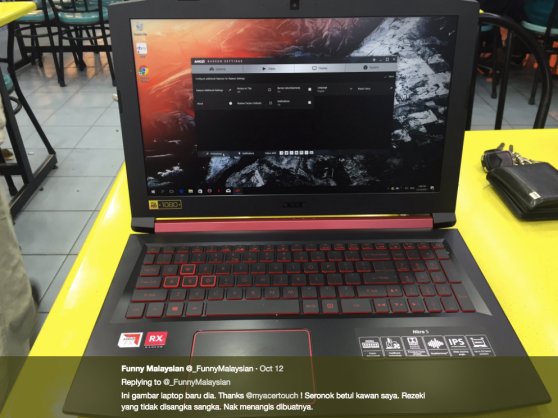 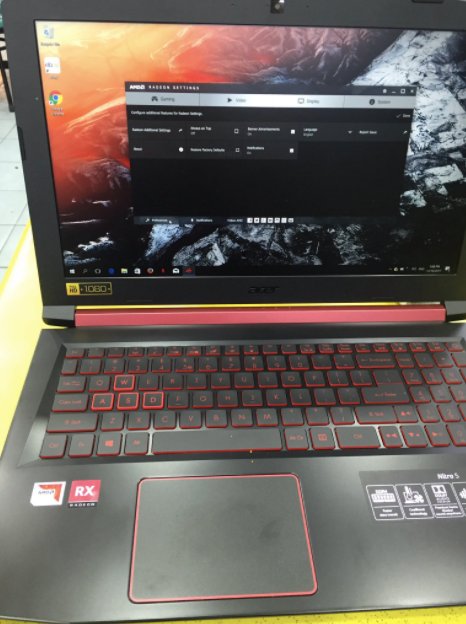 This incident was heartwarming and amusing at the same time as Herman’s effort in retweeting those pictures has turned out to be fruitful. As always, netizens were ‘inspired’.

So guys, you know what to do if you need a new laptop. *Cough cough* 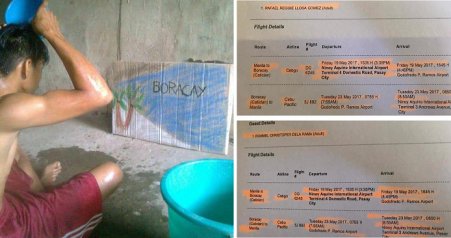