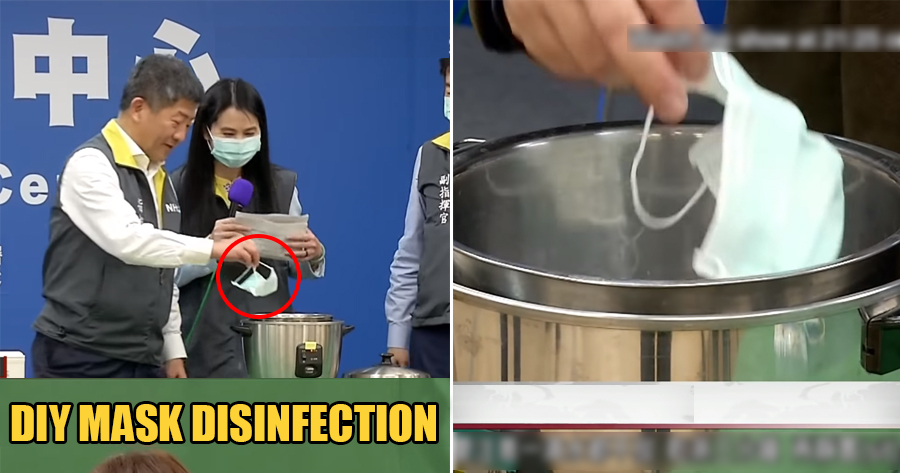 On 5 April, a Taiwanese doctor criticised Malaysia for failing to contain the Covid-19 outbreak despite having hot weather and criticised our government for implementing the movement control order (MCO), saying that more will die from starvation than from the virus.

He also said that Malaysians are “American-England kind” of people for not wearing masks, but hey, at least we’re not reusing masks multiple times by disinfecting it with a rice cooker. Say what?

Yes, Taiwan is disinfecting used masks in rice cookers so that they can use it a few more times. 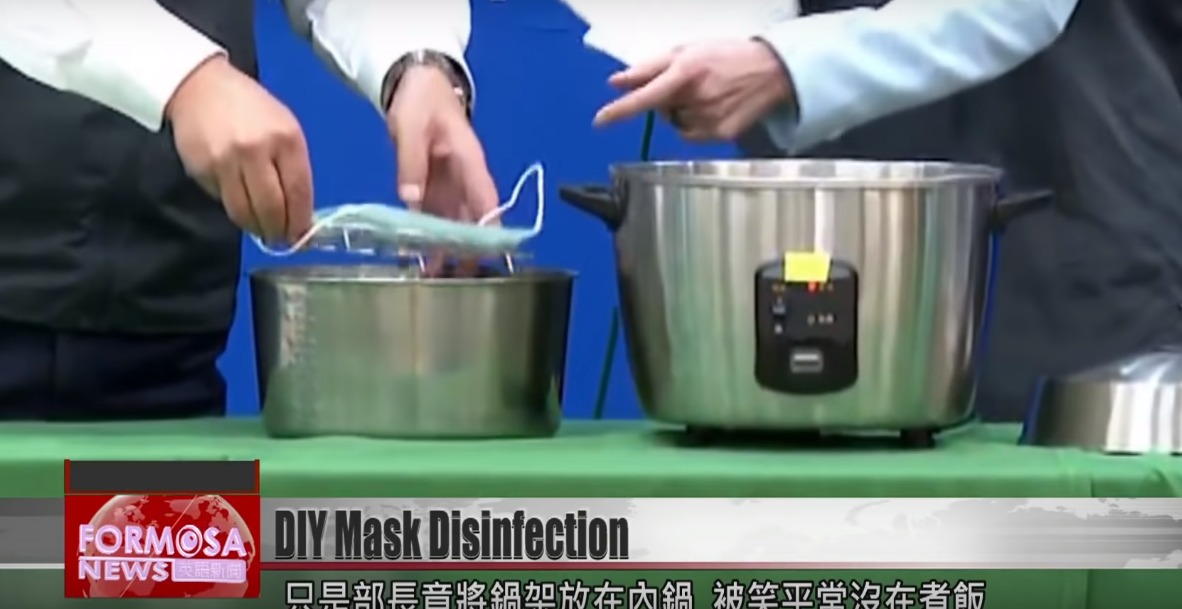 In a press conference on the same day, Wu and Chen demonstrated how to dry heat a mask to kill potentially accumulated bacteria or viruses after use. They placed a metal rack at the bottom of the cooker and placed the used mask inside before “cooking” it for three minutes.

Wu then tells the audience to let the mask sit inside for another five minutes before taking it out to complete the disinfection process. 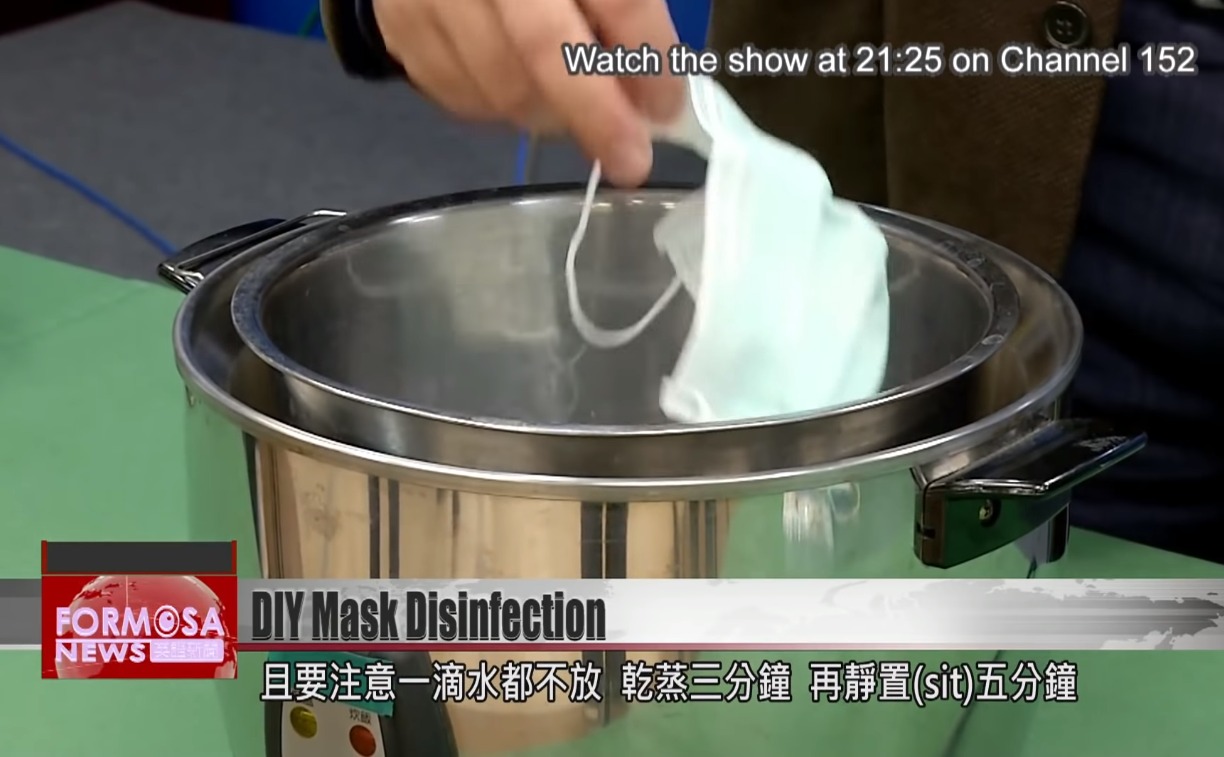 She warned that no water should be used inside the cooker as it will damage the mask. She also noted that using a rice cooker is better than spraying disinfectant as the liquid could damage the mask’s electrostatic layer.

Wu then claims that disinfecting masks with a rice cooker allows the mask to be reused up to “four or five times” based on a research conducted by the FDA. The bacterial filtration efficiency (BFE) of the masks can also be maintained at a level of 99% even after dry heating them five times. 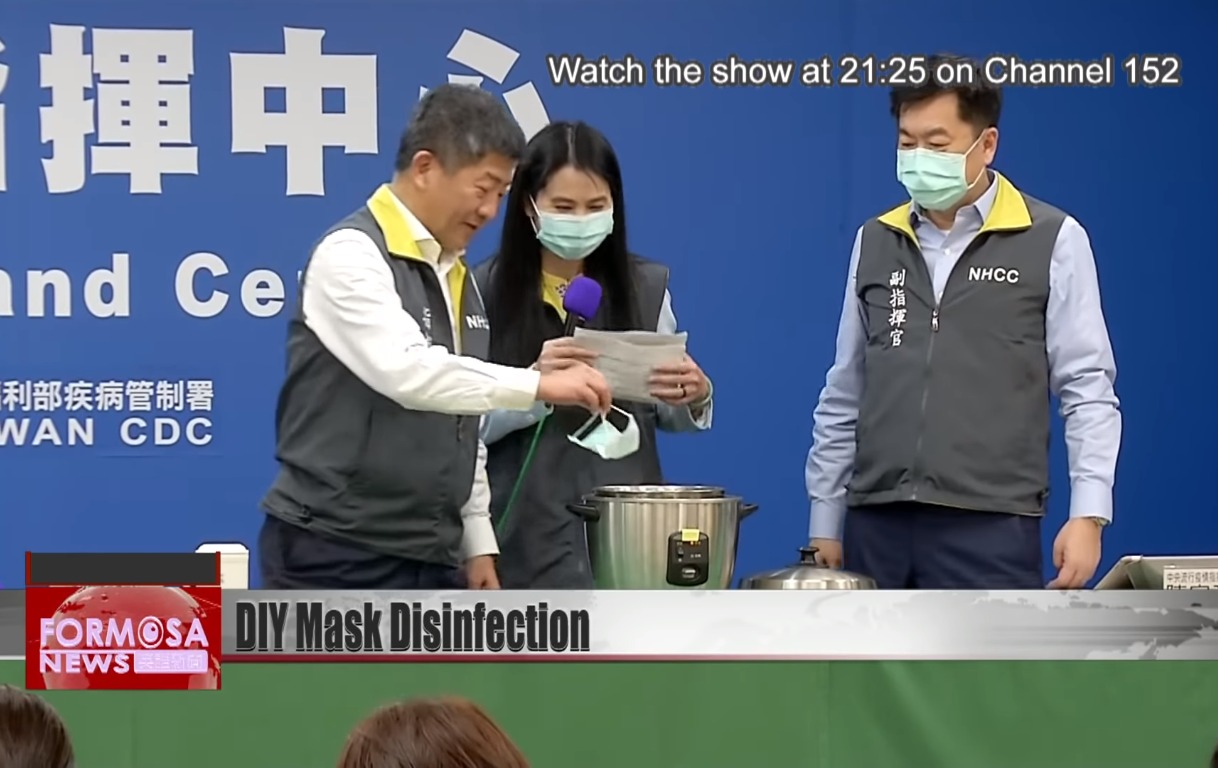 However, Wu’s brilliant idea doesn’t seem to be the ideal way of “disinfecting masks” as she claims it is. A man from Thailand, Mai Phutti Sukadecha, decided to try this method after watching Taiwan’s Digital Minister, Audrey Tang attempt to disinfect a used mask in a rice cooker as well.

Turns out, the method worked too well as his mask got burnt and shrivelled up like an overcooked egg. Here are some photos posted on his Facebook of him wearing the ruined mask. 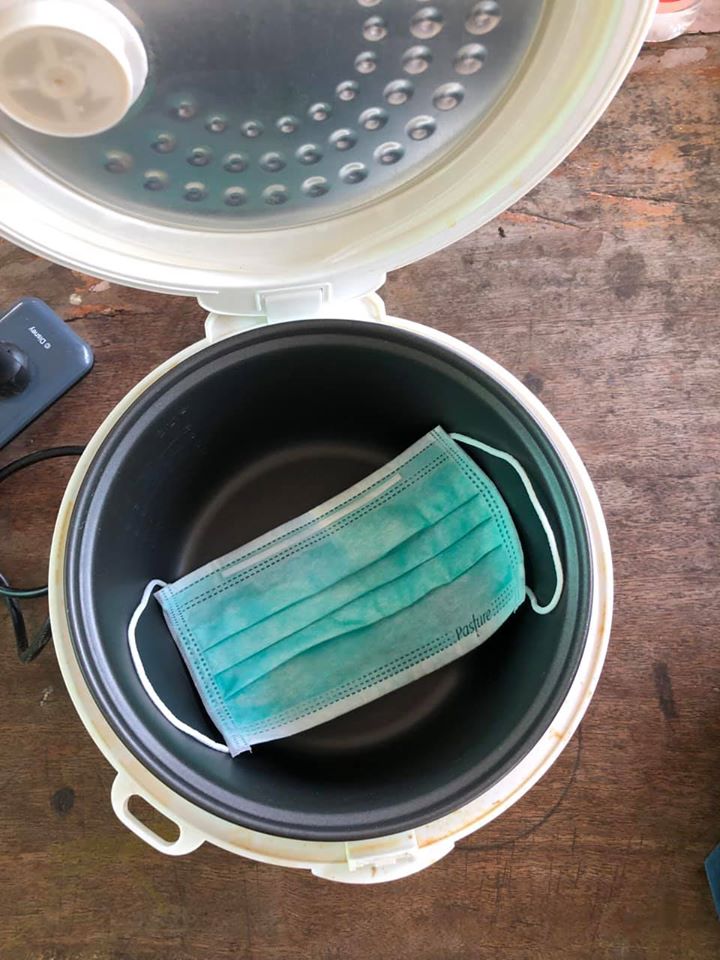 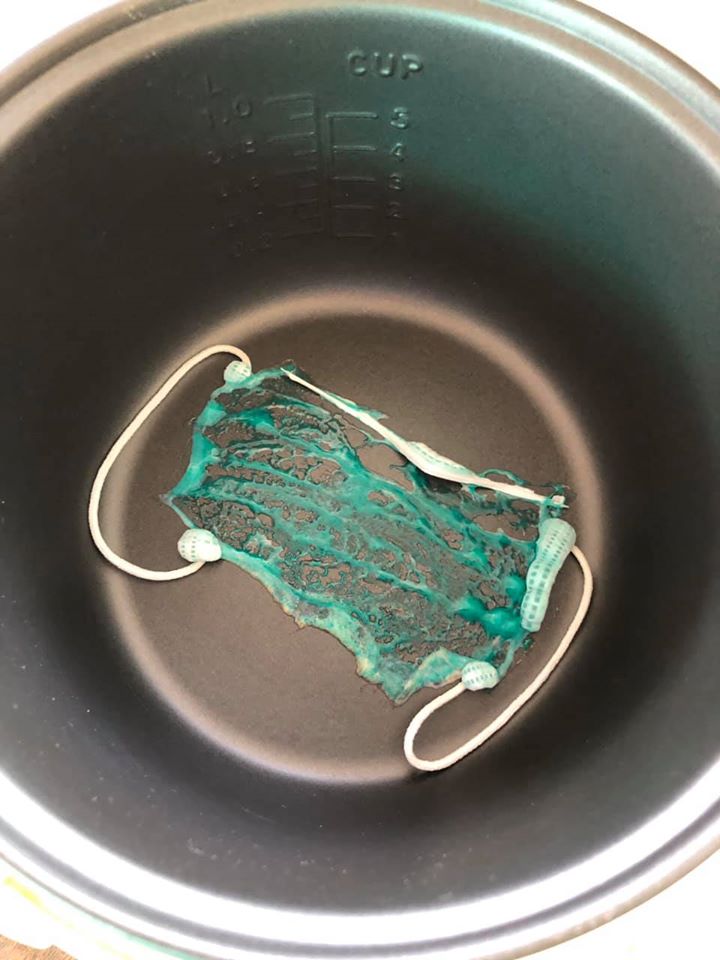 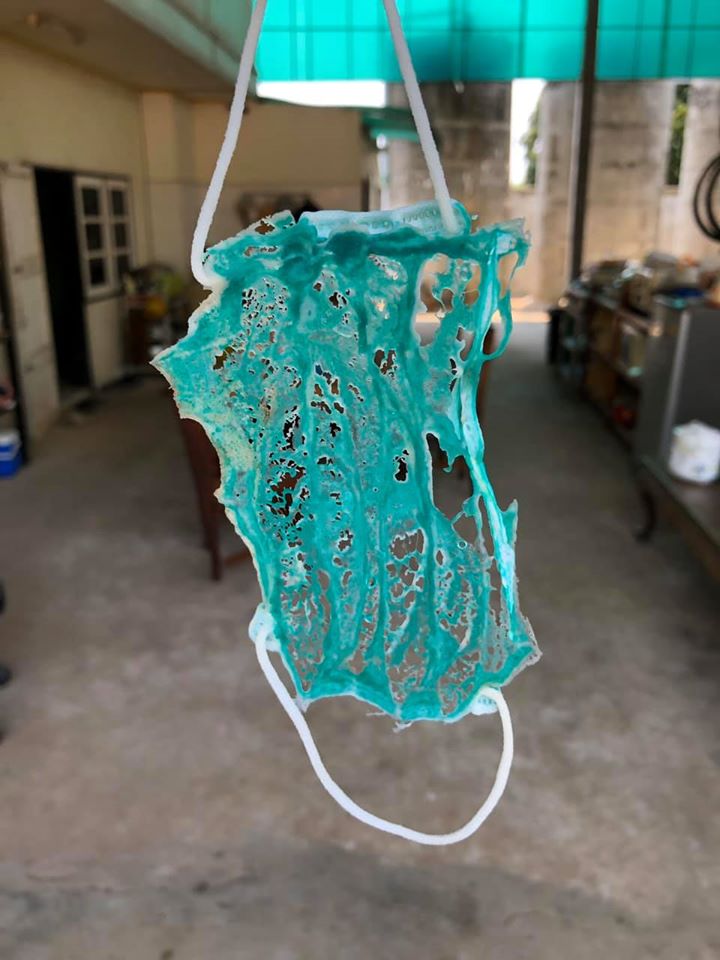 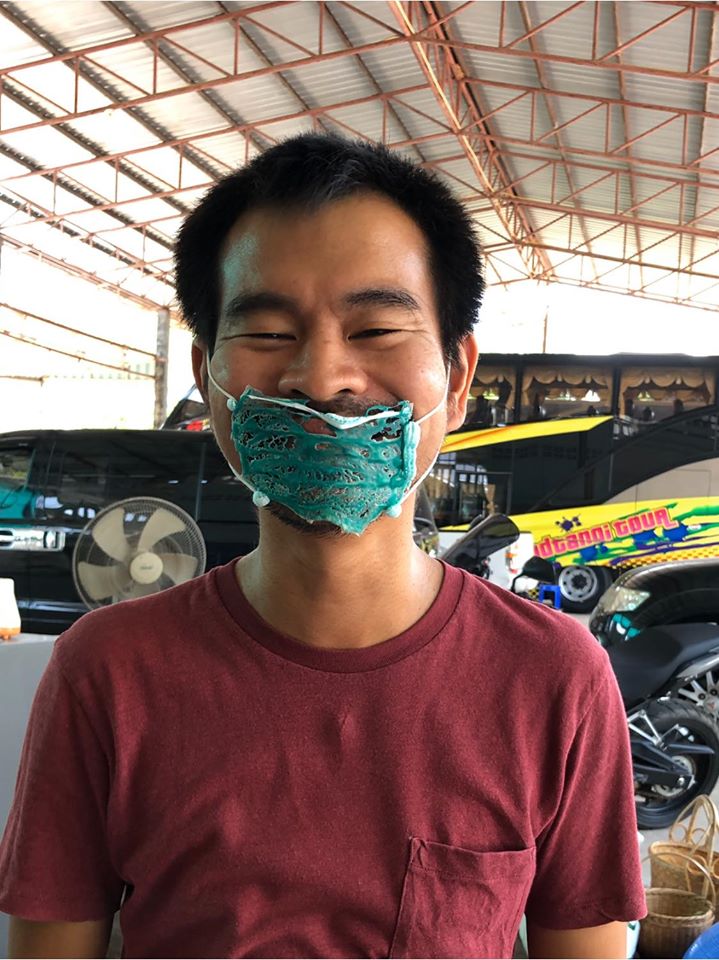 Well, what do you think? Does disinfecting used masks in a rice cooker really work? Let us know in the comments below! 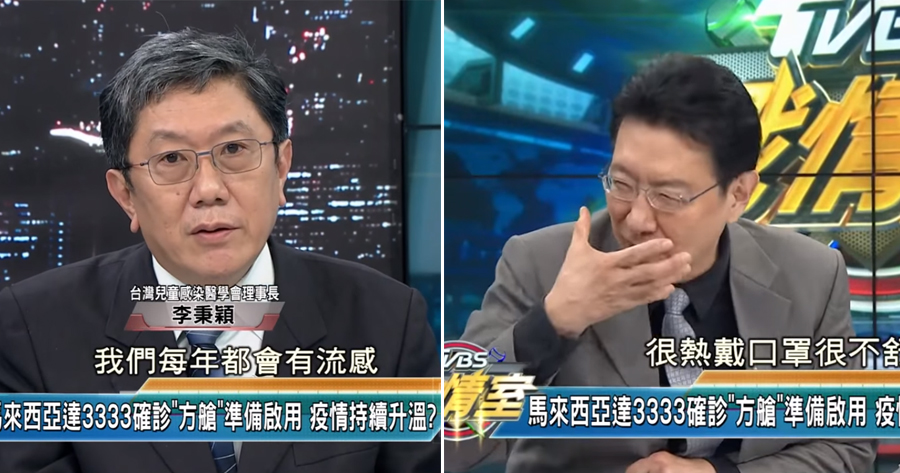