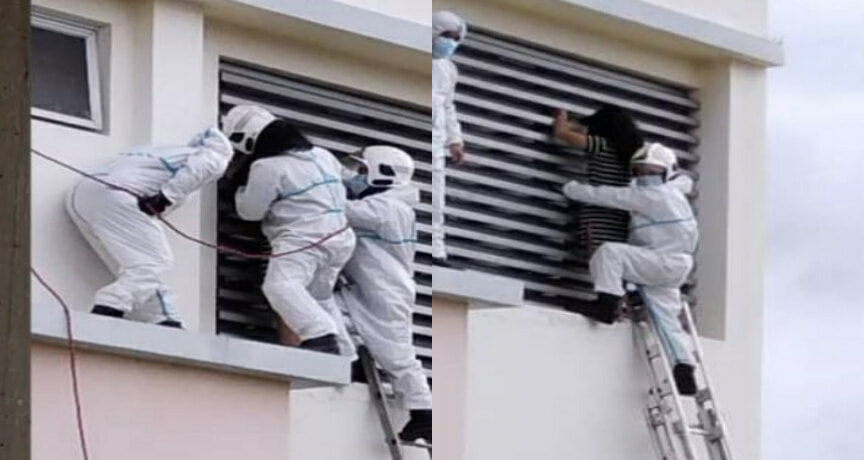 A woman who is a person under investigation (PUI) of Covid-19 was rescued after trying to escape from Hospital Keningau today.

The suspected Covid-19 patient was believed to have failed to escape when she was trapped on the 1st floor of Hospital Keningau on 3 October 2021. She was successfully rescued by the Keningau Fire and Rescue team (BBP) after they received the emergency report at 6.19am.

The woman was admitted to the hospital last night. According to Astro Awani, the chief of BBP Sharudy Delamin said that team of seven members and officers were deployed to the scene, along with the Emergency Services Assistance Unit (ERMS) machinery and van.

“The fire brigade who are fully clothed in personal protective equipment (PPE) then carried out a rescue operation using stairs to bring the victim down,” he said. He also explained that the victim was handed over to the hospital and the police for further action.

The victim was fortunately uninjured and there were no more dangerous incidents at the scene. 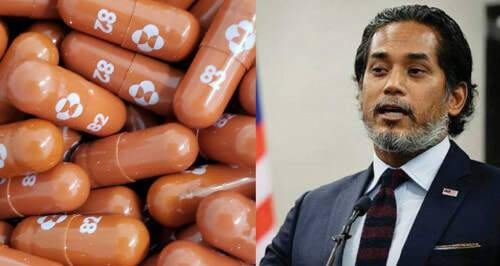