In a stunning development, the suspect that was being sought after by police in connection with the robbery, murder and sexual assault of an 85-year-old woman in Ampang was apprehended today (10th October 2019). We reported earlier that police released the identity of the man to the public, in hopes that they will be able to find him quickly. 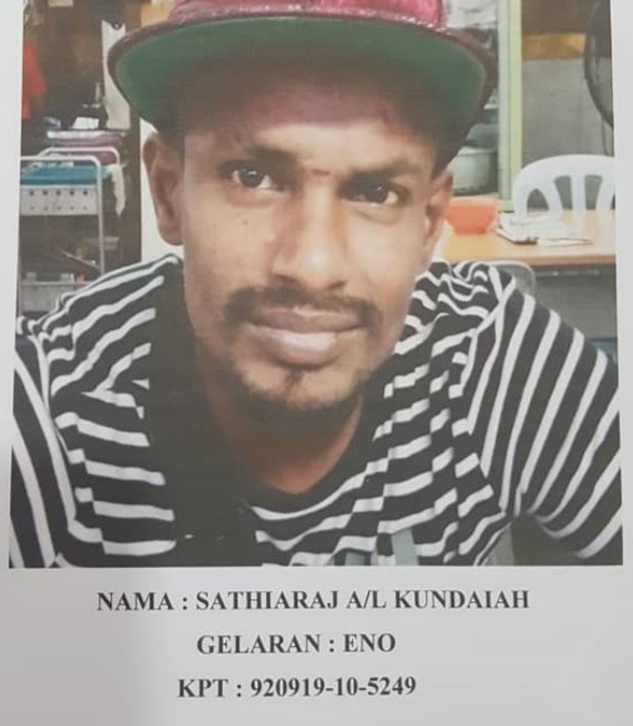 Well, it sure didn’t take very long, because apparently after the photos were released to the public yesterday (9th October 2019), the suspect was apprehended in an apartment located in Puchong at around 7.30pm, according to Kwong Wah Daily.

Upon being arrested and taken to court in Ampang Jaya, he is said to have been detained by the police and will remain under their custody for the next 7 days in order to help facilitate investigations into the case.

To recap, the horrific crime which befell the 85-year-old woman happened on the 19th September 2019, when her son came home to find the house he shared with his mother in a mess, before discovering her body in her bedroom. The old woman was said to have had her head covered with cloth, her hands bound behind her back and her pants drawn down past her ankles. Semen stains and fingerprints were obtained from the crime scene, but only the fingerprints can be accurately matched to the suspect in custody. The results of the semen sample have yet to be released.

We hope that the police will be able to conduct a thorough investigation into this incident and obtain justice for the deceased.

Also read: This Is The Man Suspected of Robbing, Killing & SEXUALLY ASSAULTING An 85yo Ampang Woman