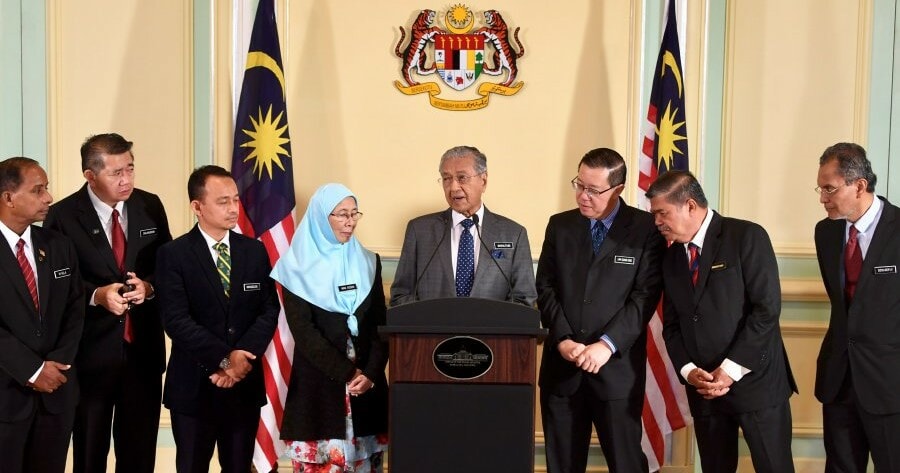 Yesterday, SUARAM presented a report card on the Pakatan Harapan (PH) government’s 100 days progress, commenting that more effort has to be made by the new administration to improve the nation.

Following this, Merdeka Center conducted a survey between Aug 7 and 14 to gauge Malaysian voters’ perceptions of our country’s current developments, as reported by FMT and The Star.

In general, the survey revealed that two-thirds of the respondents gave PH positive ratings.

It was reported that 71% of Malaysian voters were satisfied with the performance of Tun Dr Mahathir Mohamad as the current Prime Minister while Deputy Prime Minister Dr Wan Azizah Wan Ismail received 75% voter satisfaction. 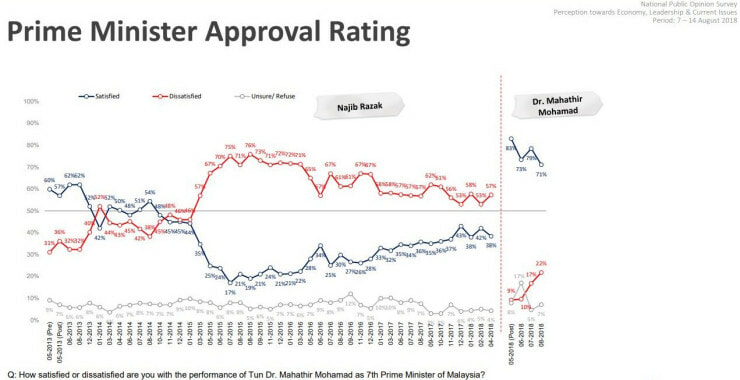 The survey also showed that 55% of the respondents said the nation is now headed in the right direction. However, the country’s economy remained the current top priority, having recorded a total of 64% vote from respondents.

Despite the great concern over inflation (50%) and corruption (32%), 60% expressed satisfaction in the way the government is managing the economy, and 56% showed an optimistic outlook on Malaysia’s economic prospects. 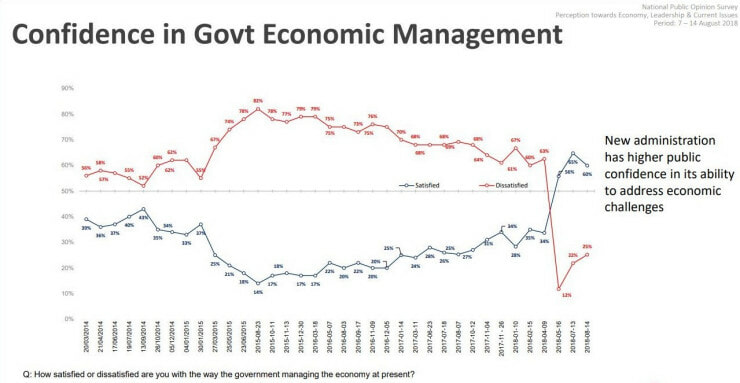 The respondents were also asked to rate their satisfaction on other issues like the 14th General Election (GE14) result, efforts to reform government institutions and inter-ethnic harmony. Here are the results: 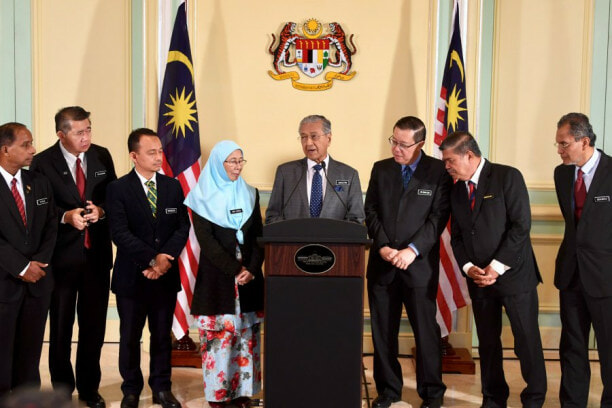 An excerpt from a statement released by Merdeka Center reads,

“A majority of voters appear satisfied with the new government’s intent to reform
and appear to accept that some promises could not be delivered within the first 100 days.”

However, the government has to put in more effort to address important issues such as improving the cost of living in Malaysia to ensure the positive development of the nation.

Read the full report of the survey on Merdeka Center‘s website.

What are your personal opinions on our country’s current developments? Share with us in the comments below!

Also read: Pakatan Harapan’s 100 Days Report Card: Only 20% of Promises Have Been Fulfilled 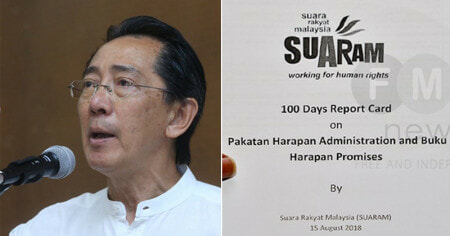