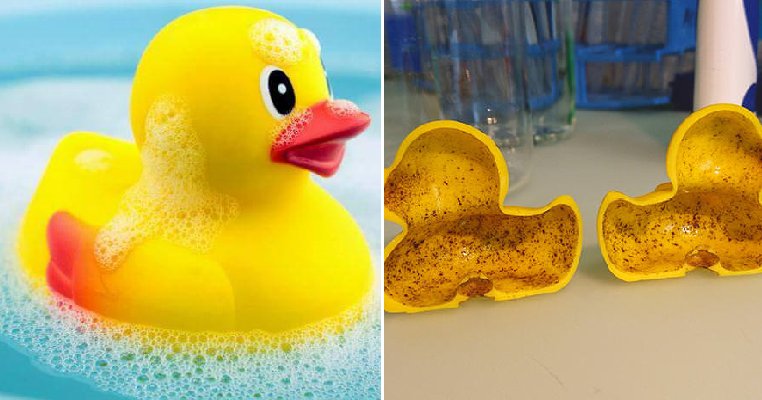 You know those cute little rubber ducks we have in the bathroom when we were kids? These little ducks are a classic toy that has accompanied many kids throughout their childhood but now, you might want to reconsider your decision in buying these toys for children. 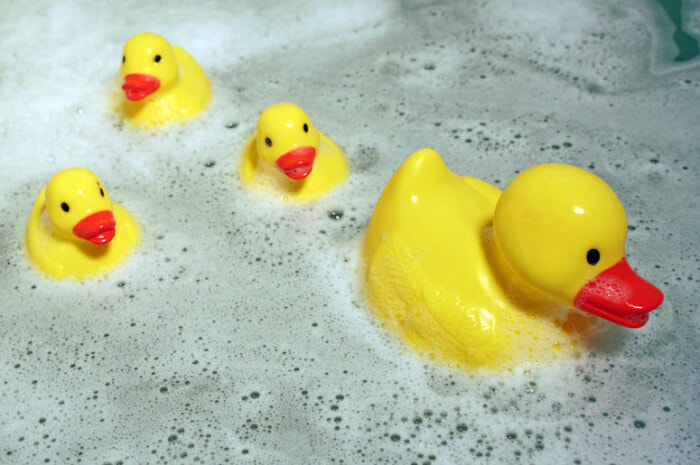 That’s because these innocent rubber ducks have a very dirty secret that will make you think twice about having them in your home. According to Time, these adorable bath time toys are a wonderful breeding ground for scores of bacteria that can potentially cause infections.

A research was carried out by Swiss and American scientists where they counted the microbes that were living inside the toys and the results shocked them. They cut open the rubber ducks and the liquid found inside four out of the five toys they studied were infected with “potentially pathogenic bacteria”. 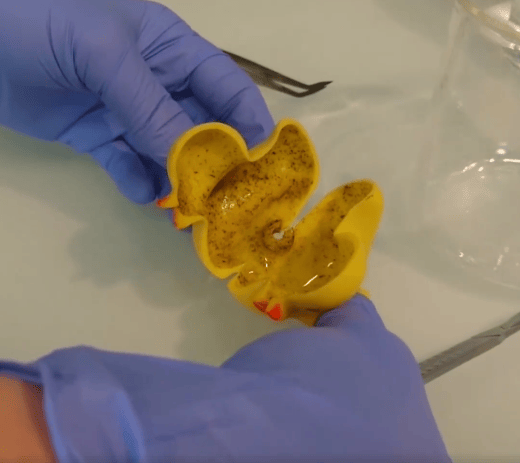 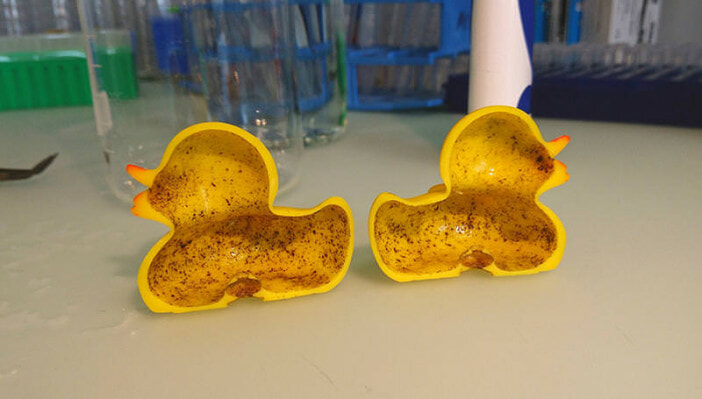 They look pretty nasty if you ask us! #notcute

Among the bacteria found include the Legionella and Pseudomonas aeruginosa, a bacterium that is “often implicated in hospital-acquired infections”. These bacteria are responsible for ear, eye and stomach infections, and have a strikingly high presence in murky water.

Those floating toys often have holes in them and children love to squirt water out of them at each other, which can make them susceptible to the bacteria. NY Times reported that the researchers from the Swiss Federal Institute of Aquatic Science and Technology, ETH Zurich and the University of Illinois had published their studies in the journal Biofilms and Microbiomes. 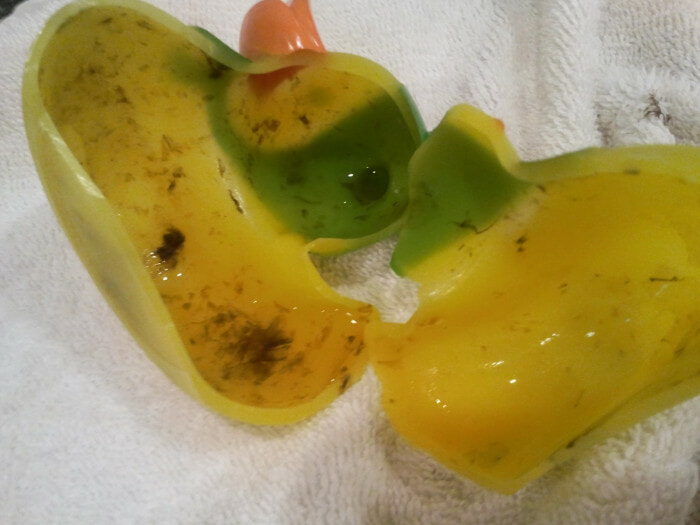 The scientists had tested 19 different bath toys and discovered that there are 75 million cells of bacteria per square centimetre in the ducks. That’s really a lot! The reason the bacteria can grow is because of the polymer material that the rubber ducks are made of.

The bacteria are able to survive because the polymer material releases carbon, which provides nutrients to them. This usually happens in low quality rubber ducks and even fluids like sweat or the soap you use as they help feed the bacteria. Apparently, using higher quality material to make the rubber ducks could help curb the growth of bacteria and fungus.

You might want to check on the bath toys at home now! 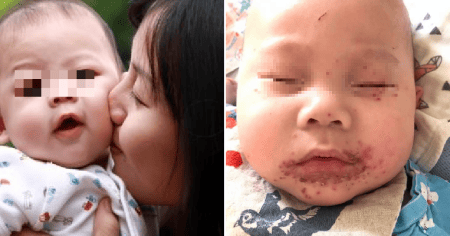