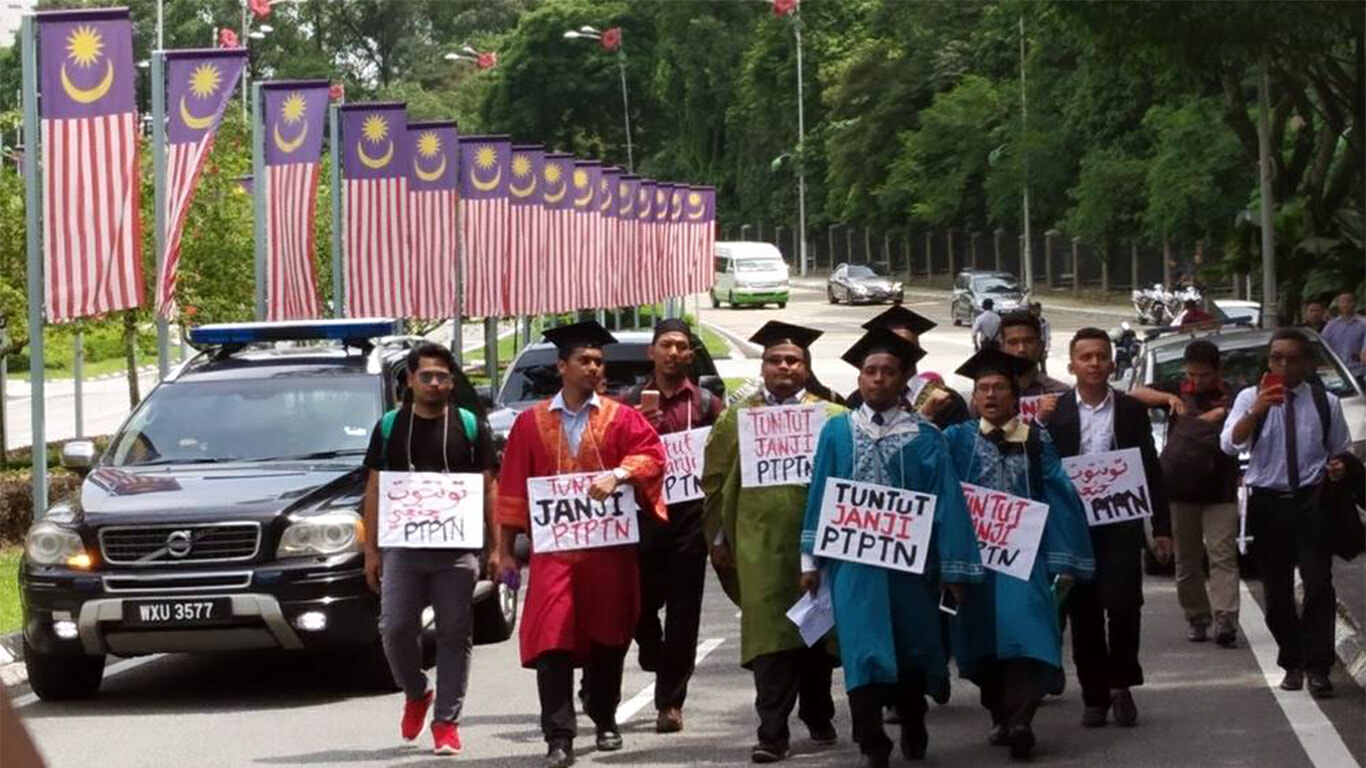 They were willing to march almost 10km just to prove a point!

A total of 20 students from several local universities reportedly marched some 9km today (14 November) to protest against the National Higher Education Fund Corporation (PTPTN) loan repayment schedule that was announced by the government recently in Budget 2019. 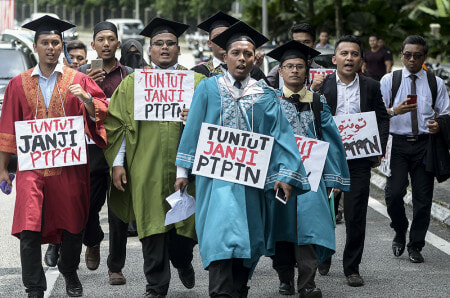 The group, which comprised members of the Gabungan Mahasiswa Islam Se-Malaysia (Gamis) dressed in graduation robes and caps, marched from Universiti Malaya (UM) and arrived at the Parliament gates around 12.50pm where they were stopped by police.

Muhammad Faizuddin Mohd Zai, Gamis president, stated that they were against the rule of automatically deducting between two to 15 per cent from the salary of fresh graduates who earn more than RM1,000 a month.

“We are disappointed that we are unable to meet Education Minister Maszlee Malik but we were told to wait for his assistant instead,” says Faizuddin. 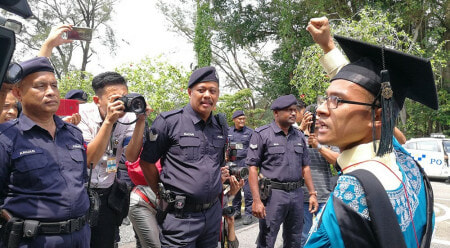 “We want to tell Maszlee that he is a hypocrite.”

“He talks big about democracy but he let us walk 9km only to wait by the roadside as if we are nothing.”

Faizuddin even presented a breakdown of the cost of living when you earn RM1,000 a month, along with a memorandum of how the decision would burden fresh graduates. He added that those who earn that much could even be in a debt of RM400 every month. These documents were passed to Maszlee’s special officer, Abdul Hannaan Khairy.

He continued by saying that if Maszlee does not respond, Gamis will discuss further plans with its stakeholders. They might even organise another march from UKM in Bangi to Putrajaya.

What do you think of the automatic rule of deducting a certain percentage from the salary of fresh graduates for the repayment of PTPTN? Are you for or against it? Let us know in the comments!

Also read: PTPTN Chief: Dear Malaysians, I Seek Forgiveness From You And Promise To Work Hard 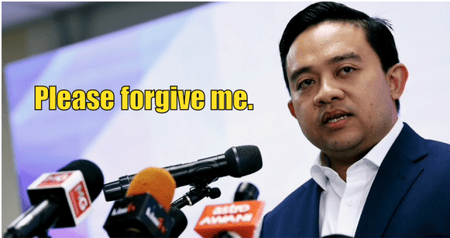