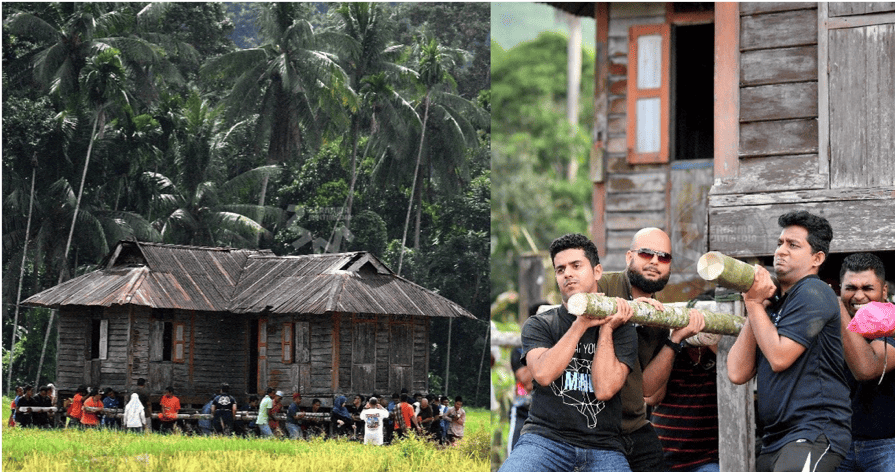 You love your house so much, but not the location it is in, so what do you do? Well, traditionally, you can ask the help from your fellow villagers to literally move the house, inch by inch, to the location that you like.

No dismantling, and reassembling required. Just some proper planning, brute force and teamwork. 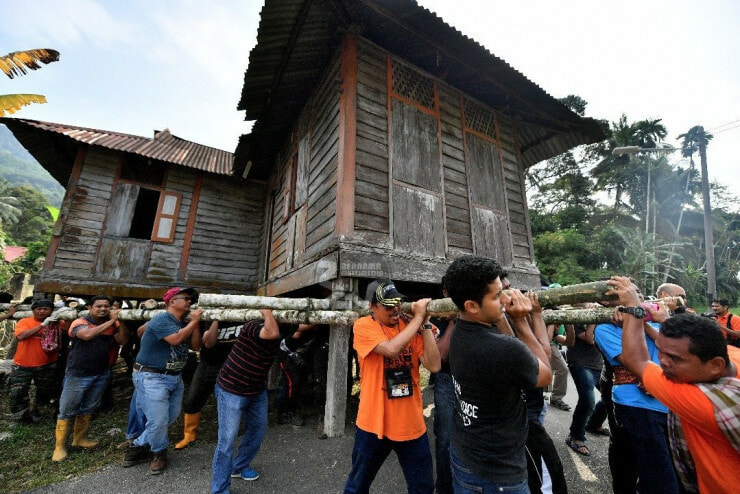 The almost-extincted tradition was brought to life again when a group of villagers from Kampung Labu Kubong in Kuala Kangsar decided to work together to move an 80-year-old house that weighs 6 tonnes. That’s heavy weh!

Despite only travelling 150 meter, the effort took them 4 hours to complete with all them taking turns, moving the house slowly, crossing obstacles like trenches and drains along the way. 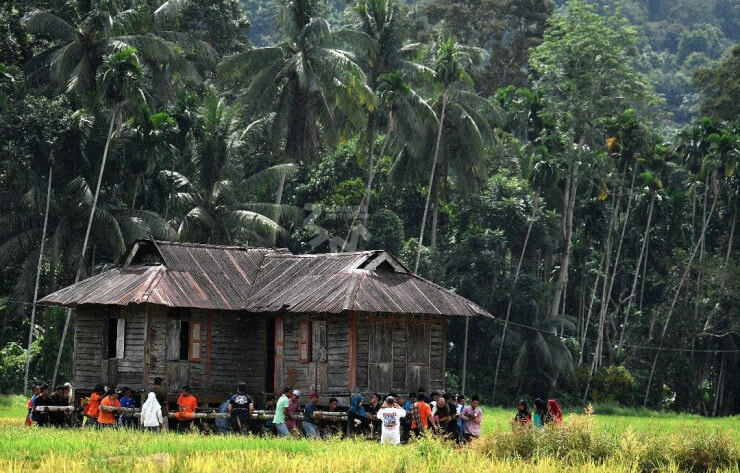 About 10o students from Universiti Teknologi Petronas (UTP) and Universiti Sultan Azlan Shah (USAS) together 40 Pusat Tahfiz students from Thailand, were there to witness and assist the whole process.

Here is the video of the epic event! Power lah!

According to the organizer, Meor Samsudin, the house is a great example of traditional architecture and it is still in a great condition. Hence it should be preserved and to potentially become a centre of attraction for tourist in the Labu Kubong village.

Padang Rengas parliamentary member, Datuk Seri Mohamed Nazri Abdul Aziz, said,”Originally, we planned to dismantle the house and assemble it back when it reaches the new location, but the idea of carrying the house came up. So, we decided to go with it.”

The owner of the house, Rokiah Salim, passed away in the late 80s and the house has been empty for the past 30 years.

“My family and I agreed with the idea of moving and preserving the house for the new generation to see,” said the granddaughter of the owner, Ruzimah Abdul Rahman to Bernama. 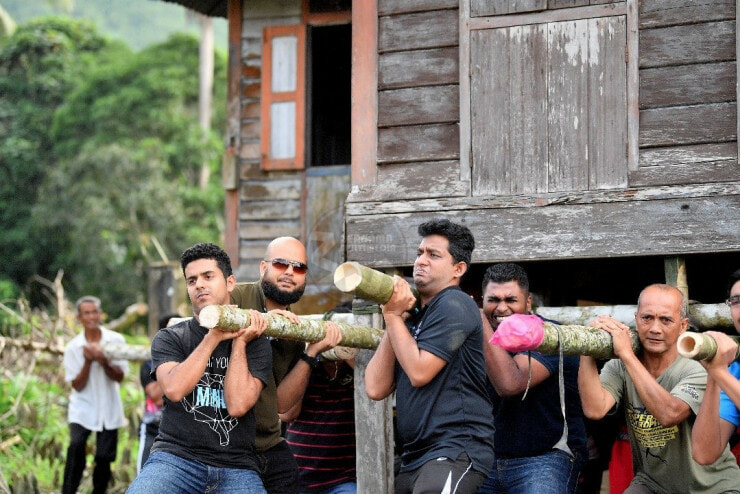 A student of UTP, Sayed Muslim Jameel, expressed his excitement to the such unique tradition.

“I was shocked to see the villagers, lifting the house on their shoulders, because it is not easy to move something so heavy. It needs a lot of strength and energy. However, it is a proud moment to see how their hard work and teamwork managed to move the house to its new location,” he added.

Ain’t it such a cool tradition! 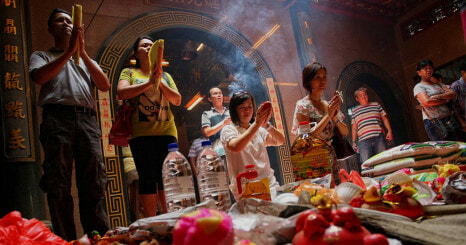