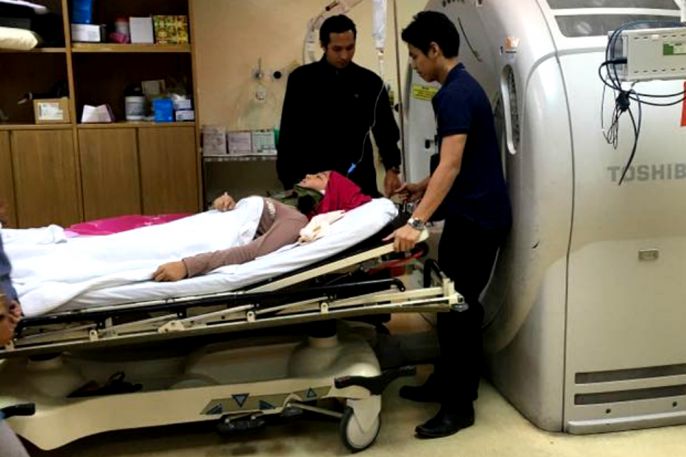 A student in Kelantan was hospitalised after she was allegedly slapped by her teacher for shaving her eyebrows.

The Star Online reported that Nursyahida Zulkifli — a Form Three Student at a school in Tanah Merah, Kelantan — was apparently slapped three times at the back of her head by the alleged teacher.

The slaps were enough to cause Nursyahida to vomit, leaving her hospitalised. 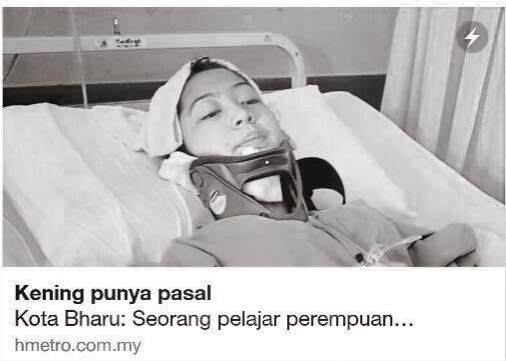 The student’s mother, Zakirah Zahari, told The Star the the slaps her daughter sustained could have aggravated her daughter’s old injuries. Nursyahida reportedly fell in the bathroom last year, and was reported to have been warded for two months due to the incident.

The Malay Mail Online reports that Deputy Education minister Datuk P. Kamalanathan will visit the school where the incident took place on Tuesday. He advised teachers to not resort to violence when disciplining their students.

“Teachers need to be patient towards the pupils. They should find other ways and means to find a solution to solve an issue rather than being violent,” Kamalanathan was quoted as saying.

Meanwhile, Malaysian netizens are split on their response to the above incident.

Some empathize with the student and asked her parents to report the case to the authorities. They question the teacher and the unnecessary act of violence.

On the other hand, some are calling this a fake, that the story is defamation against the teacher whereas the student has always been a big nuisance in school. 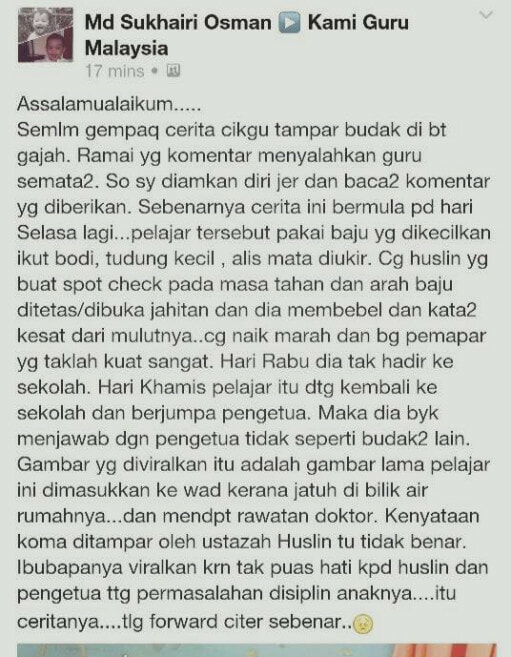 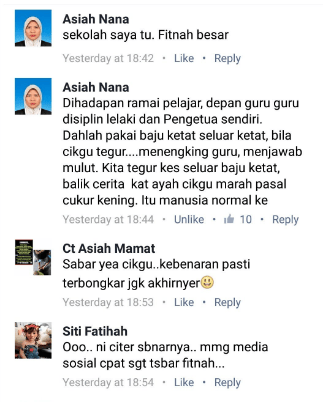 So which is the actual truth? It still wasn’t clear. However, should the teacher had put her hands on the student like that despite her being a nuisance anyway?