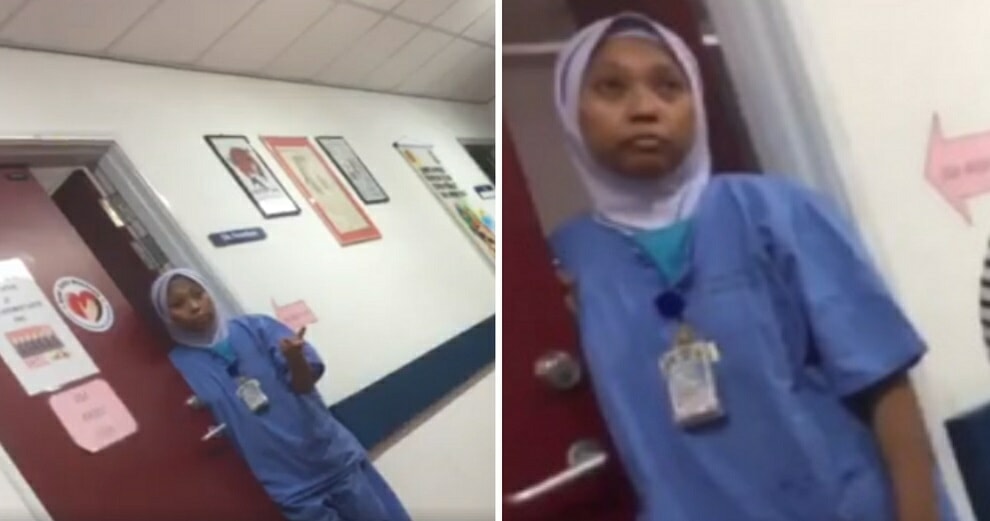 Just last week, a video surfaced on Facebook showing a man scolding a nurse after his wife and him waited at the hospital for hours seeking treatment.

According to The Sun Daily, the incident, which took place at a hospital in Langkawi, began after the man was frustrated that he and his pregnant wife had to wait a long time to see an obstetrician.

The video, which currently has over 380,000 views and 2,800 shares, shows the man expressing his frustration over the long waiting time. He proceeded to scold and berate the hospital nurse after she calmly told them that the doctor wasn’t available because he was attending to an emergency case.

However, the man was unsatisfied and warned that he would make a police report over the issue.

Despite the man’s aggressive demeanour, the nurse remained calm throughout the argument.

Now, in light of the video going viral, the Ministry of Health has come out to remind the public not to behave so rudely to hospital staff. Health director-general Datuk Dr Noor Hisham Abdullah added that the doctor who was meant to attend to the man’s wife, had to perform a life-saving emergency surgery on another patient, saying,

“The doctor was sweating in the surgery hall to save the life of a patient suffering from bleeding.” 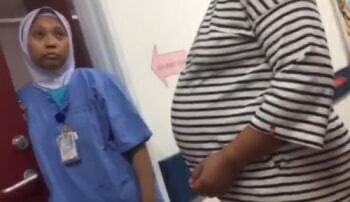 He added that the video was uploaded with the intention of humiliating the hospital’s staff, but this would only give psychological pressure and trauma, preventing them from doing their jobs properly. He said,

“Praise should be given to the nurse who was very professional in entertaining the party despite being threatened with excessive words.”

Let’s do better to treat others more respectfully, guys! 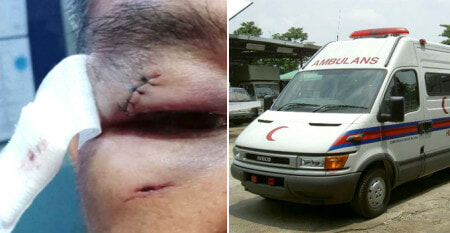