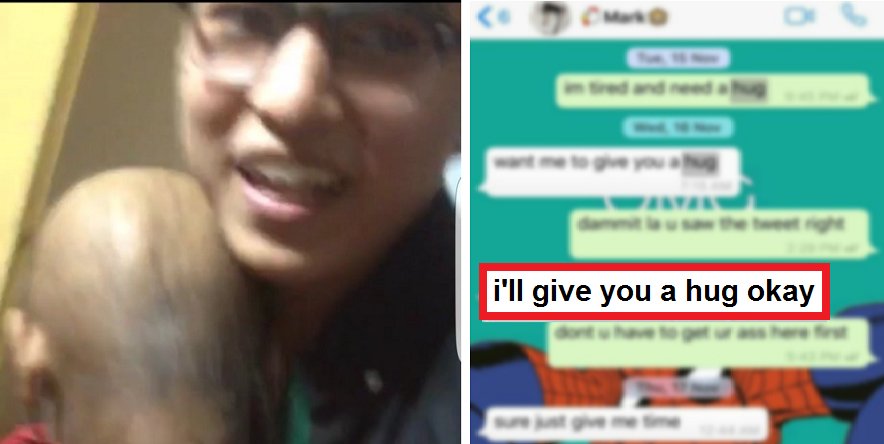 The simplest thing can also be the most meaningful thing if its done right.

A girl in Singapore who is battling cancer told her male best friend, Mark that she was tired and needed a hug badly. He gladly promised to give her a hug. Who wouldn’t want to hug their best friends?

However, it isn’t as simple as it sounds.

The guy actually lived in Philippines while the girl is in Singapore. 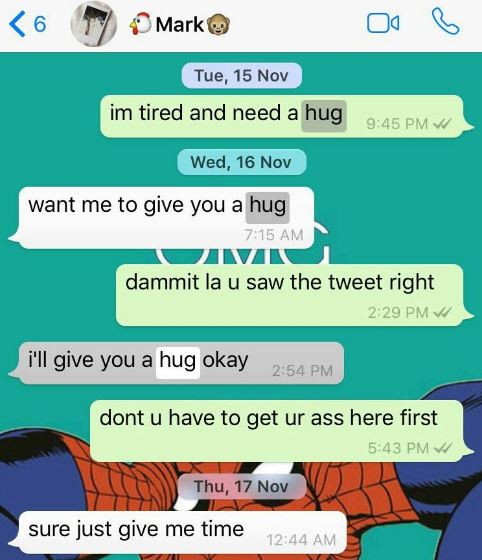 They were separated by 2,355 kilometers of sea and travelling from Philippines to Singapore is not something anyone can just get up and do. Not only would he need to sacrifice the time, he would also have to fork out some financial effort as well.

Mark would have to board a plane for 3 hours 34 minutes before he can hug her.

But you know what? That’s exactly what the guy did!

He flew all the way from the Philippines to Singapore just to hug his cancer-battling best friend who needed a shoulder to lean on. I can only imagine the smile on the girl’s face when she sees him at the door.

Finally, the girl received the hug she asked for. So touching… who’s cutting onions?

Their touching story was shared by a mutual friend (@misstaeri) on Twitter along with the caption, “a friend of mine has cancer and her bestfriend flew all the way from phillipines to singapore just to see her im crying.” 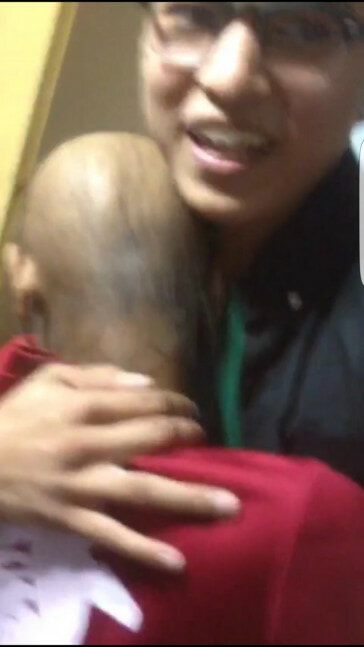 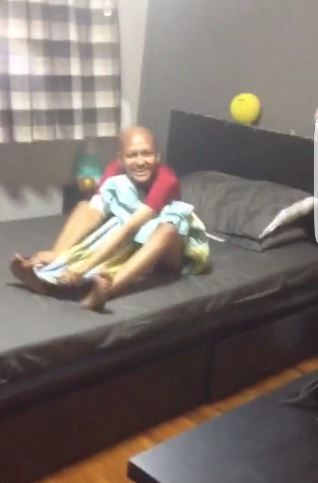 Their story has since been retweeted over 3.1k times and favourited by over 1.6k users.

This friendship proves to us that anything can be overcome if we truly care about the person – not even the vast sea and distance is a hurdle.

To the girl, the World Of Buzz wishes you a speedy recovery. As for the guy, this world needs more friend like you.