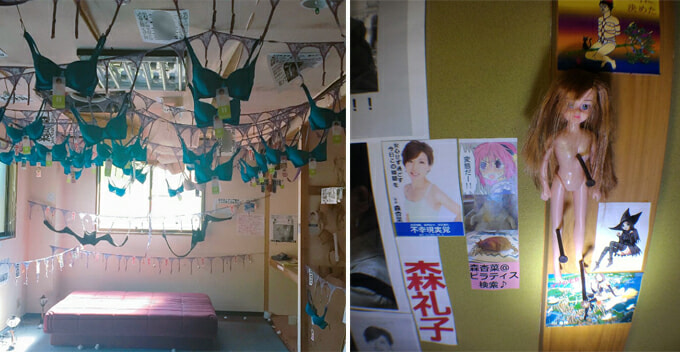 Recently, a mysterious ‘Bra Temple’ popped up on Japanese social media and it became the latest buzz among them. 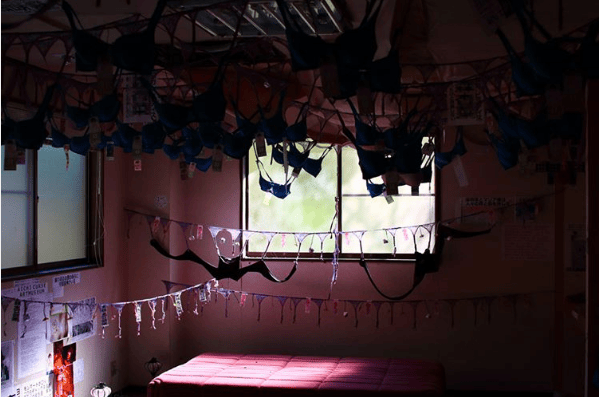 Japanese urban explorers were looking for the Bra Temple because the exact location is still unknown. Snake Temple and Shaolin Temple too mainstream…

According to Rocket News, the Bra Temple became the most sought after destination for urban exploration because one of its room is filled with woman’s lingerie. There, a bunch of lingerie are hanging from the ceiling. And it’s really creepy how neatly they’re arranged too! 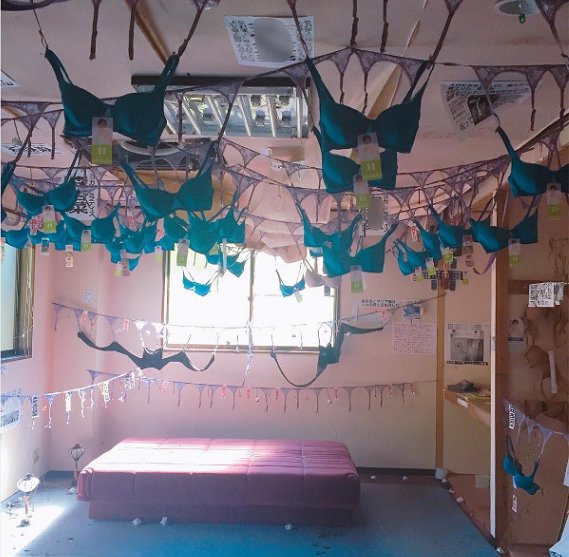 The collection of bras and garter belts strewn across the room made the atmosphere spooky and disturbing. I don’t think the previous owner left the bras like this…

It gets even creepier when the night falls. 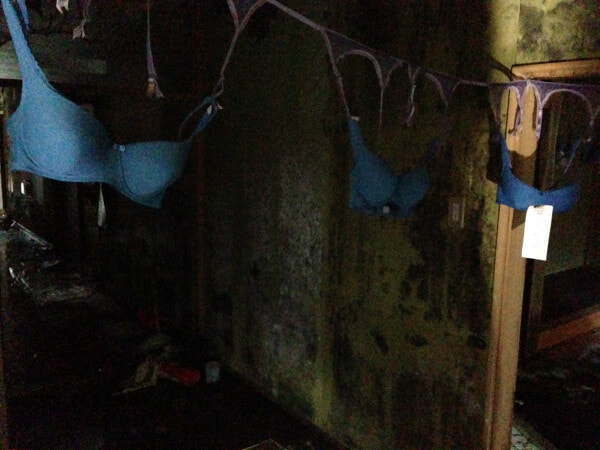 However, for some visitors, it’s the other objects that are placed around the room that gets to them.

There’s a small naked doll nailed to the wall through her chest and both feet and occult items lying around the place too. Seriously, I won’t ever want to be in this place.

And there’s a photo of a smiling woman, whose names were written on strips of paper and can be found all over the room. Am I the only one having goosebumps? 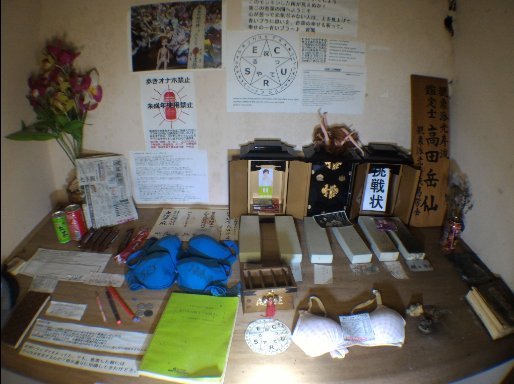 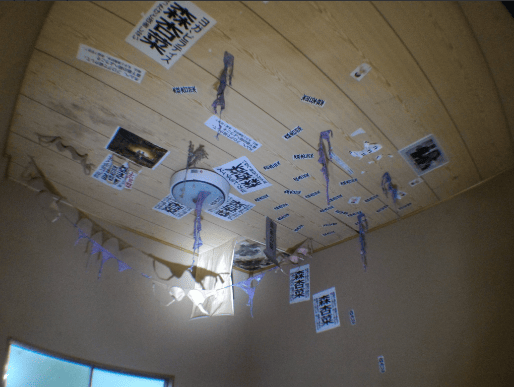 According to a small note, this bizarre interior design is actually an art display. What?

Visitors can also fill in a palm-sized questionnaire available there. 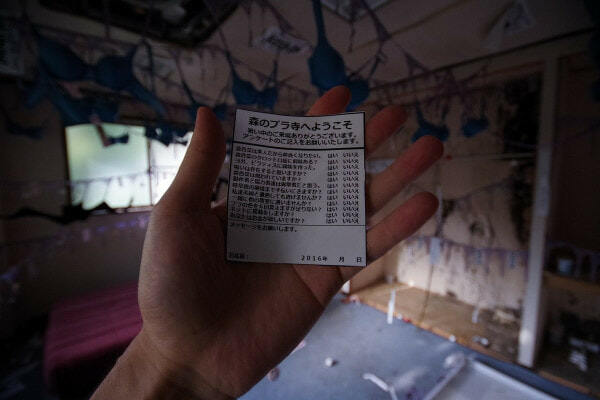 Apparently, the place was actually a Buddhist temple before the lingerie were hung from the ceiling. But in 2002, the Buddhist temple was forced to shut down after people complaint that the temple were overcharging their services.

Until today, the mini Golden Hall remained untouched. Spirit tablets with posthumous names of deceased ancestors written on them are still displayed on shelves to intensify the creepiness. 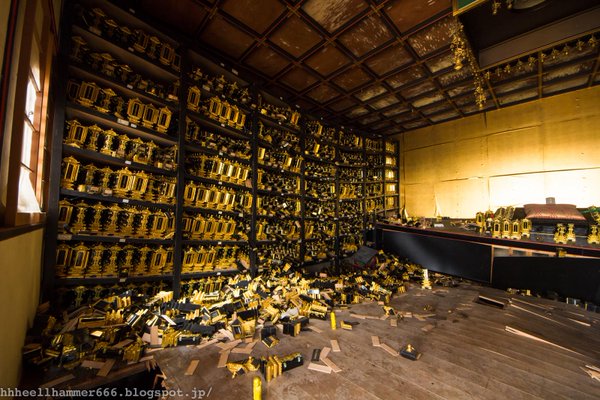 This bizarre interior decoration surfaced since 6 years ago and it became the main attraction for Japanese urban explorers until today. The exact location for the Bra Temple remains an unknown to the public, but this is how it looks like from the outside. 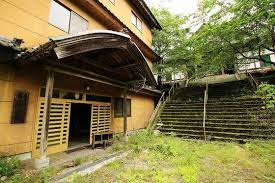 Only a handful of active urban explorers know its location, and the identity of the person who designed Bra Temple is also a mystery. It was believed to be the work of a local bemused artist, Rocket News reported.