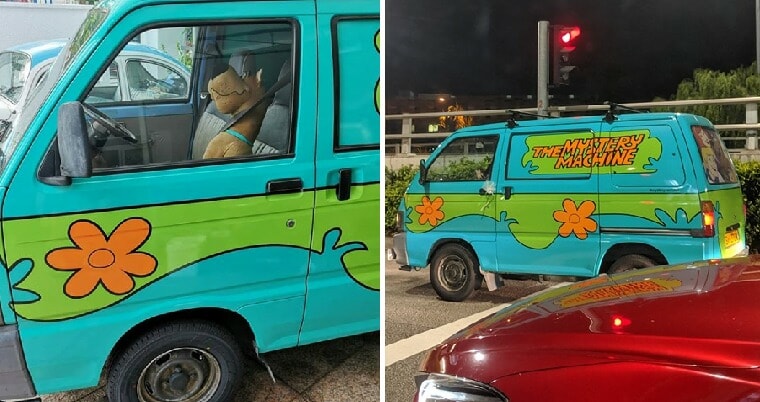 You probably remember watching the Scooby-Doo cartoons when you were younger, where the talking brown Great Dane would go off with a bunch of his friends to solve supposedly “supernatural” mysteries. They would go on different cases around the world in the aptly named Mystery Machine, and every kid who watched the cartoon series knows its iconic look very well. 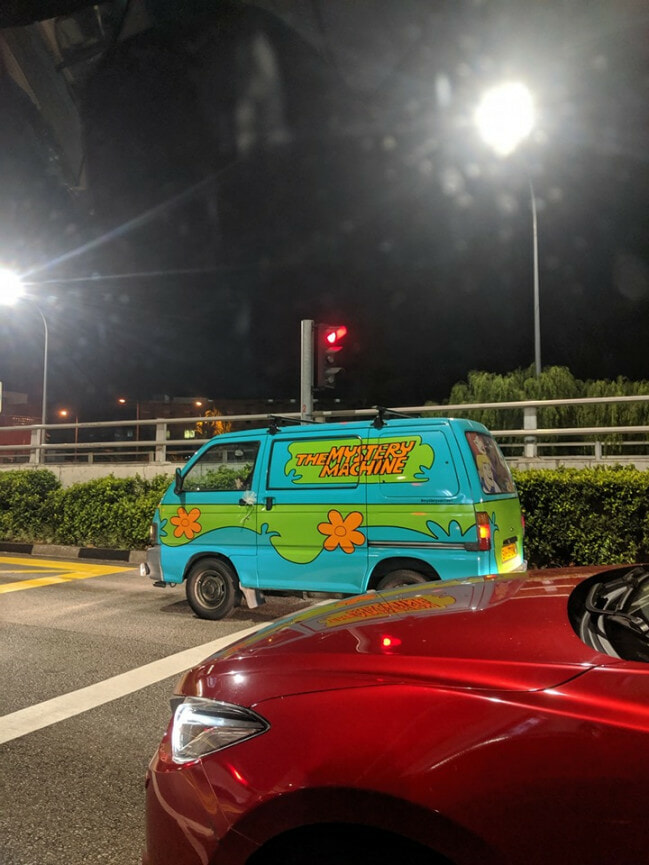 Well, the Mystery Machine has now been brought to real life by a man in Singapore and to be honest, it looks exactly like the original in the cartoons! If you’ve been going around Singapore, then you may have the chance to spot the cool van cruising around town, sporting its signature blue background and horizontal green stripe.

The owner is Clarence Tan, and he said that he bought the van when his friend decided he wanted to scrap the vehicle. The 1991 Daihatsu Hijet was transformed into the Mystery Machine since Scooby-Doo was one of his favourite childhood cartoons. He has even started an Instagram account for the Mystery Machine under the handle @mysteryvan1991, which documents the journey of the car!

Tan set to work on giving the van the makeover of its life when he got it in April this year by wrapping its exterior with the signature blue. Other iconic decals that were on the original Mystery Machine were added soon after, and after much work, the van now looks just like the one that Mystery Inc. always rides! All the childhood memories are flooding back!

Best of all, Tan did not forget the most important thing in the vehicle, which is Scooby-Doo himself. In an Instagram post, Tan says that he found someone selling a 60cm Scooby-Doo soft toy, and has since become a fixture in the van. He even takes photos of the Scooby doll accompanying him on rides, safely buckled up like the original never was. Now, we’re wondering whether he will dress up as Shaggy?

So I met up with someone selling a 60cm scooby doo soft toy, and it have been nothing but awesome. #scoobydoo #scooby #mysteryvan #mysterymachine #mysteryinc #softtoy #dogtoy

The kids have plenty of fun piloting The mystery machine. Except the horn could be activated without the keys inserted. #mysterymachine #mysteryvan1991 #scoobydoo #scooby

Tan is a classic car collector and he said that he is doing it for his young kids. Although the Mystery Machine looks pretty good from photos, Tan says that the restoration works are not complete and will need a couple of months. So far, netizens who have spotted the awesome van on the road have been really excited as they could not believe that this icon from their childhood has appeared in the flesh (or metal, as it were).

Hopefully, this cute van will make a road trip to Malaysia so that we can see it for ourselves too! 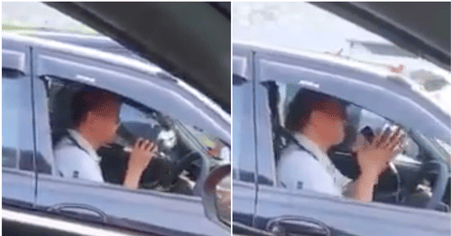