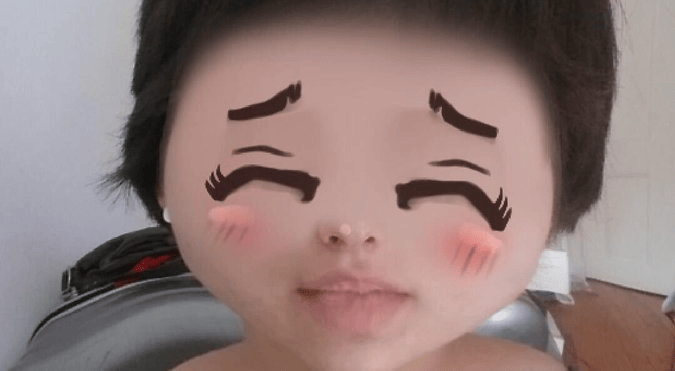 Oh Snapchat what have you done?

Snapchat recently released a filter that allegedly promotes a racist Asian stereotype, and it has been the centre of a storm after breaking the Internet for less-than-savoury reasons.

According to Snapchat, the filter was “anime” and was not meant to offend.

“Lenses are meant to be playful and never to offend.”

Clearly their statement only fanned the flames of fury as more backlash continued to pour in, causing the company to pull out the filter. 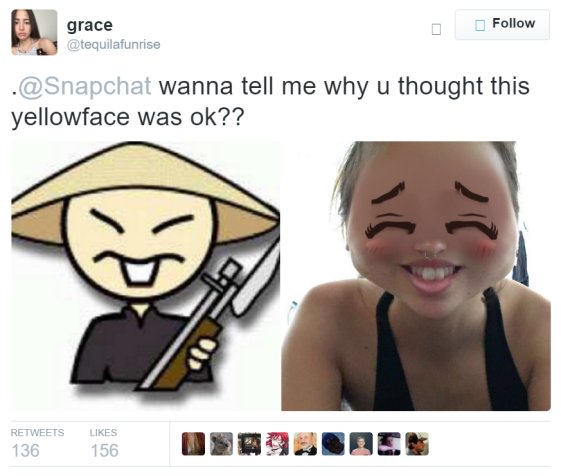 She told USA TODAY, ““It’s like, oh here, as part of your like fun morning snapchat routine, try on some yellowface! Do the squinty eyes AND the buckteeth.”

“Definitely gives the impression that Asian features (caricatured and taken to extremes) aren’t just available to be tried on but encouraged to be mocked as well.” she added.

She’s not the only one. 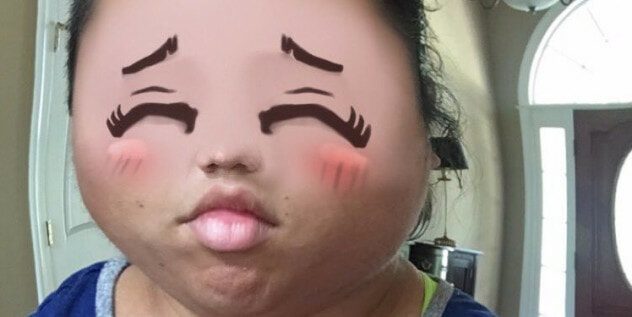 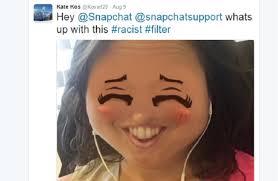 UCLA professor Safiya Noble opined that technology companies need to make more of an effort to eradicate racial stereotyping in their products.

“I think that technology companies really must take seriously hiring people with a deep knowledge of cultural studies, ethnic studies, sociology, women studies, fields that are deeply attuned to the histories of people of color, and people who have been marginalized in the United States in particular,” said Noble to USA TODAY.

As if things couldn’t get any more awkward (and offensive), this filter comes just months after their heavily criticized filter of a Bob Marley on April 20, or 4/20, known as “weed day”.

Many found insult at the filter being a digital equivalent of “blackface”. Both this “yellowface” Asian ‘anime’ filter and the Bob Marley filter points to a lack of racial sensitivity as it makes a mockery of racial features.

Because.. you know how sensitive people are nowadays.